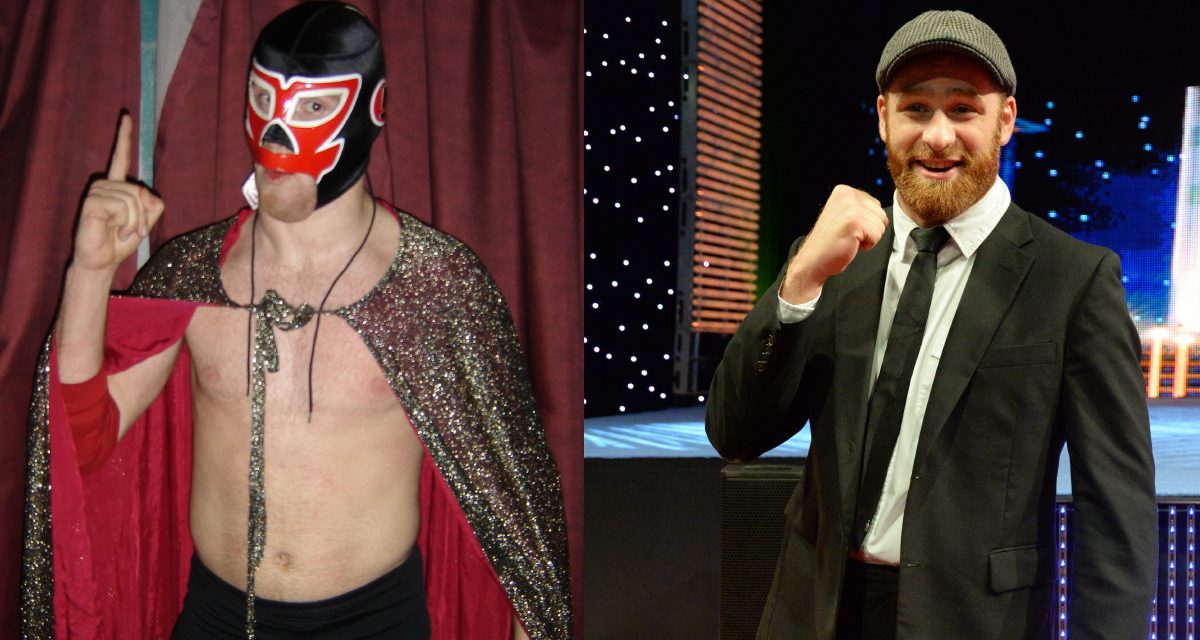 When Ring of Honor makes its Montreal debut tonight, hometown hero El Generico has the chance to capture the company’s World Heavyweight Championship. In doing so, he would make history as being the company’s first Canadian world champion, and undoubtedly make it a night about which every fan in attendance would proudly say je me souviens.

To do so, however, he will have to eliminate three very capable opponents: his ROH Tag Team Championship partner Kevin “Mr. Wrestling” Steen, the FIP World Heavyweight Champion Go Shiozaki, and the current champion Nigel McGuinness. While on paper this may seem a very tall order, it wouldn’t be the first time that the luchadore beat the odds.

Indeed, the fact that the character even exists is somewhat of a fluke. Michael Ryan, the publicist for the Internet (now, International) Wrestling Syndicate (IWS) was backstage when the character debuted in 2002. As he recalled on the wrestling forum the-w.com, “He was intended initially to be a one match joke — a jobber to be stretched, beaten and discarded.” Looking to make a joke opponent to further an angle, Ryan and other IWS staffers put a mask on the then-rookie, put a Mexican wrestling mask on him, and wrote “Olé” on his generic training tights. But then, the unthinkable happened.

As the lanky (approximately 180 pounds on a 6-foot frame) upstart was stretched and beaten by his opponent, the crowd started to sympathize with his plight. “The crowd had an epiphany,” wrote Ryan. “It was at this point that the crowd switched from chanting ‘Olé!’ because it was fun to do and started chanting ‘Olé!’ on their own because… they wanted to support El Generico… because they suddenly believed that if they kept chanting El Generico could win.”

A star was born that night, and a career launched.

In 2004, El Generico, through a working arrangement between IWS and Pro Wrestling Guerrilla in California, found himself expanding his fan base, first in California, and soon all over the United States. Over the years, he’s appeared in numerous promotions around the world, frequently wrestling in tournaments such as the Best of the Best, the Ted Petty Invitational, and the King of Europe. He’s also appeared for CHIKARA, Mississauga’s UWA Hardcore Wrestling, CZW, and more recently in Japan’s Dragon Gate promotion in addition to Ring of Honor.

“What makes him successful,” said Patric Laprade, local promoter for the ROH show in Montreal and author of the Quebec Wrestling Almanac, “is his whole persona — everything that comes with the gimmick. The mask, the cape… his skills, his maneuvers. Generico is the kind of super hero that everyone loves.”

Surprisingly in this day of non-existent kayfabe, El Generico has managed to keep his identity relatively secret (and we’re sworn to secrecy). He does not do interviews, at least not by phone. His MySpace site is simple, but not frequently updated.

His story there is brief: “I am wrestler El Generico d Tiajuana, Mexico reside now in Montreal Canada! OLE! Wrestling and Lucha Libre and Puroresu influence style. Love Wrestling very much. Wrestling fans number one! I do enjoy the dance of if you can say fiesta.”

With his daring high-flying arsenal, combined with his favourite finisher, the BraaaainBustaaaaah! (a second-rope brain-buster that drives his opponent’s head onto the top turnbuckle), he’s been no stranger to victory. They helped propel him and Steen to the ROH World Tag Team Championship, which they won in September after nearly two years of trying. For much of 2007, the pairing were engaged in a bloody feud with the Briscoe Brothers — highlighted by an epic ladder match at the company’s Man Up pay-per-view. In 2008, their quest continued, until they were finally able to defeat Jimmy Jacobs and Tyler Black of the Age of the Fall faction to capture the gold.

In doing so, Generico and Steen became two of the most popular wrestlers in the company. It will be interesting, then, to see what happens when they have to compete against each other in the elimination title match.

“He’s tall but skinny,” wrote Laprade. “When I was doing my almanacs, Generico was on every cover, and people who aren’t watching indy wrestling looked at him asking if he was really a wrestler.”

But looks can be deceiving, and tonight, Generico will be out to prove that very fact. With the hometown crowd behind him, he’ll do whatever it takes to get the people to believe in him once again, just as they did in his debut. To make people remember the night El Generico became ROH World Champion.

More information:
Ring Of Honor
Centre Jean-Claude Malepart
November 7, 2008- 8:00pm belltime
2633 rue Ontario Est
Montreal, Quebec H2K 1W8
Tickets will be available to purchase at the door on the night of the show

The Necro Butcher vs. Brodie Lee

Dan Paysan, Exess, Stupefied, & Green Phantom from IWS will be in action.