A Cruise down memory lane

Last seen alongside Larry Zbyszko, hosting the TBS show WCW Pro on Sundays afternoons, Chris Cruise has left the wrestling business behind. But that does not mean he doesn’t have some opinions to throw around about past colleagues.

Cruise became a wrestling fan at age nine and “grew up on a steady diet of Chief Jay Strongbow.” In the mid 1980s, the Maine native contacted the manager of the local civic center in Portland, Maine. This contact led to him doing public relations work for WWE (then the WWF) to promote Wrestlemania. Few saw what WWE would eventually become, as Cruise noted, “We didn’t call it Wrestlemania 1. We just called it Wrestlemania.”

Vince McMahon did not need a large staff after Wrestlemania, so Cruise moved on, eventually landing at CNN, despite not having a journalism degree. In fact, Cruise does not believe prospective broadcasters should get a degree in journalism. “Other degrees give a broader perspective. Journalism can be described in three words: describe the event. Broadcasting is more of a technique and it does not take four years to get.” 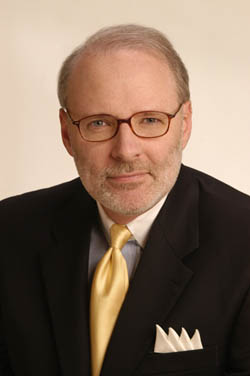 A recent photo of Chris Cruise

From CNN, Cruise voluntarily moved to WCW after placing a call to then WCW boss Jim Herd. He would later get another run after being hired by Eric Bischoff.

Dusty Rhodes and Zbyszko get marks from Cruise as being his favorite on-air partners. “They never got enough credit just as pure broadcasters. Dusty knows what it takes to be an entertaining broadcaster. He understands television and understands wrestling and he never gets the credit he deserves.”

Zbyszko, whom Cruise refers to as “underrated, underappreciated, and underemployed,” also gave Cruise useful advice on how to survive in the WCW workplace. WCW used to film several weeks of WCW Pro matches in advance at Disney studios. The matches were often low quality, had little tie-in with the major storylines of the promotion, and featured inferior talent. Not known for keeping his opinions to himself, Cruise would sometimes complain about the content.

“Larry always said just shut up. Whenever anybody asks you how things are say it’s great. Say it’s fantastic.”

While announcing WCW Pro, Cruise would only work on Tuesdays. “I would fly in from Greensboro and get there at about 7:15 a.m. I would get some breakfast and head to the Omni. We would start at 10 or 11 and be done by 3:00 p.m. I would be back home at my desk at 5:00 p.m. We would do open and closes on camera and then do the play-by-play in the studio.”

Even though he was often on his own, Cruise tried to keep continuity and put over the main storylines of the company. “I would watch Nitro and considered it part of my job.”

WCW President Bischoff only met Cruise twice, one of which was when he hired him. Bischoff was impressed by Cruise’s work at the When Worlds Collide pay-per-view and hired him. Cruise credits Mike Tenay for his strong performance at the event.

As the man in charge of the company, Bischoff was in constant demand. “Whenever I think of (Bischoff), I think of Terry Taylor’s comment that nobody approached Eric without wanting something from him. Eric would have to actively avoid people. It was like death by 1,000 cuts.”

One problem Cruise never encountered was wrestlers critical of his broadcasting. “I thought that might happen, but it never did. The wrestlers’ code was never confront anyone in a suit; anyone they thought was the office. If you lost political stroke you could lose your spot.”

On whether he desired to change shows (to Nitro or WCW Saturday Night), Cruise added, “I was forever trying to do that. I thought I was a more talented broadcaster than Tony Schiavone. He despised wrestling. I was never a good office politician. They thought I would speak my mind too often.”

Cruise left WCW when he was replaced by Scott Hudson, who agreed to the job for less money. The currently wrestling scene does not impress Cruise. He is not a fan of TNA, admitting that “the six-sided ring is distracting to me. I was reading that they have a two-hour show with 23 minutes of wrestling. Also, Mike Tenay is miscast in his role as a play-by-play announcer.”

At the end of our conversation, I asked Cruise, now very successful in the mortgage industry, his opinion of WWE and wrestling business as currently constituted and whether something is missing.

“Suspense. It’s very rare that you are surprised. It’s suspense and the finishes. So many DQs and count outs. One of the thing that got Japan hot was there was a pin in every match. On Raw before a pay-per-view, fans know there will not be a 1-2-3. It’s going to be a DQ. When fans call finishes you are in trouble.”

After an hour-long discussion with Chris Cruise, it is apparent why he is both an excellent broadcaster and no longer employed in the wrestling business — he speaks his mind and is not afraid to speak truth to power.

Vince McMahon: Vince, Jr. is now in his 60s. He is like Vince Sr. was at that time in his life. He is out of touch. Most of the brain trust is in their 40s and 50s there, and they are out of touch with fans.

Hulk Hogan: Puzzling, out of control, frittering away whatever good will he established. Soon to be a sad caricature of his former self.

Kevin Sullivan: Underrated as well. He was one of the few consistent forces in WCW at the end. He was trying to hold it together. A great office politician, but he is not nearly as appreciated for his wrestling brain as he should be.

John Tenta: I never met him. I always wondered. He agreed to become a cartoon, but in Japan he was the real deal. He is kind of an example of how you can be big, have a lot of skills, and not draw.

Marcus Bagwell: Very friendly as well, very underrated, should have had a better career.

Bret Hart: A guy who I think gave too much to wrestling. You have to wish him the best. I never saw him have a bad match. I hope he has happiness and satisfaction in his life.

Arn Anderson: Very professional and friendly, he cared deeply in his gut about professional wrestling. I am so happy he is employed and able to have an impact on the wrestlers of today. It is sad that he doesn’t have more (impact).

Randy Savage: Randy, I think, had challenges with not trusting people and may not have had the success he might have had. He seems to be doing okay.

Bruce Mitchell (Pro Wrestling Torch columnist): He is a personal friend. He should find a way to be a professional writer and publish a book. He is a great resource.

Wade Keller (Pro Wrestling Torch editor): Wade is kind of a missing man. You never hear much about him now. I wonder if his enthusiasm for wrestling is still there.

Jim Ross: Sometimes I am happy Jim had such success because he has helped people’s careers. But, I wish he had taken a different path and he would be on a network doing NFL broadcasting. People should see it as the sacrifice it is.

Matt Johnson has been an active researcher and historian of World Championship Wrestling. He graduated from Northern Michigan University with a double major in English and Social Studies and can be e-mailed at [email protected]