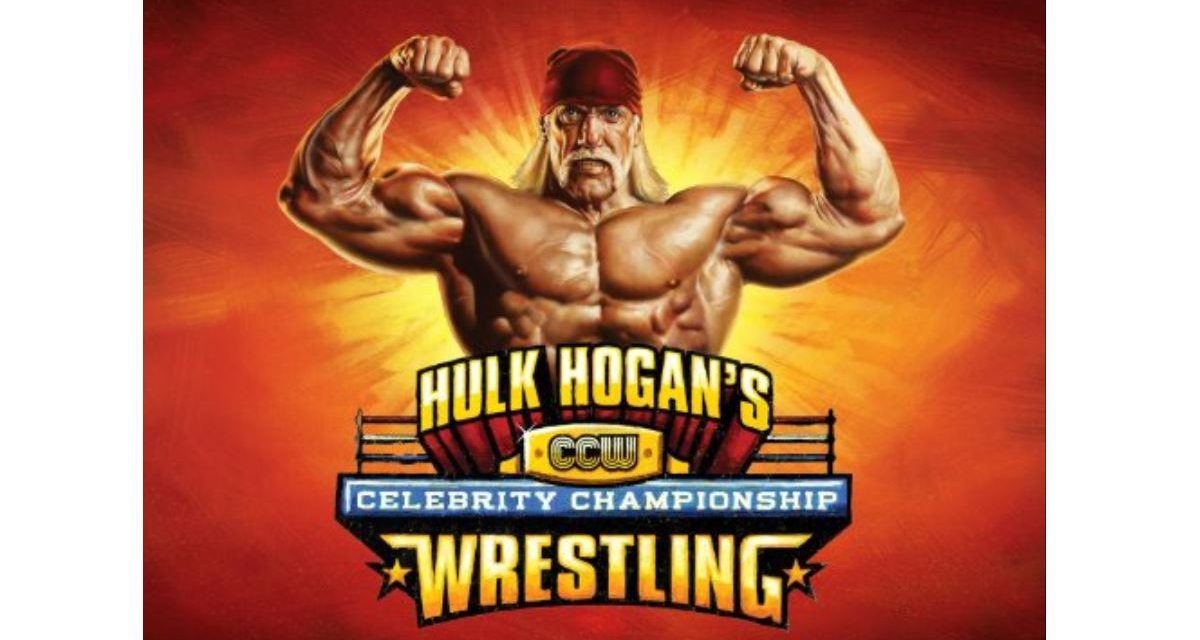 Eric Esch, better known to the public as professional fighter Butterbean, likes to mix it up in a variety of disciplines, including boxing, and mixed martial arts. These days he has returned to wrestling as a competitor on Hulk Hogan’s Celebrity Championship Wrestling. Esch took a breather from his MMA training to share his thoughts on the show. 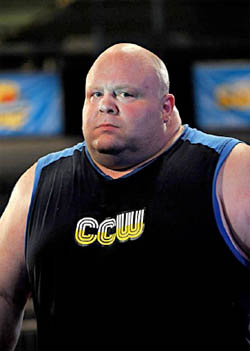 Best remembered by wrestling fans for knocking out Bart Gunn in the Brawl For It All at WrestleMania XV, Esch loves wrestling and is fairly comfortable with executing and learning the moves.

“There was an opportunity to go full-time, but at the time I was so involved with boxing, that I didn’t have time for it. I really enjoy it,” says Esch, 40, over the phone from Alabama.

“A lot of people don’t realize that there is a lot more to it than it looks, especially the thought process of how everything goes.”

The 380-pounder disagreed with Team Nasty’s victory in episode one. “The first match that we lost on the first episode, we really won. I don’t know why they had us lose, I guess they wanted to get rid of Tiffany right off the bat, I don’t know. I thought we won it,” he said with some disgust. “If they showed the whole match instead of skipping around, going to the crowd and what not … That’s the only part I don’t like about the episodes. If they showed the whole match instead going around trying to commentate it and this and that, you’d see our match was a lot better than what it was.”

Asked if the crowd enjoyed their match more then Team Nasty’s he was quick off the mark with the affirmative. “Oh, by far. Everybody that was involved in it, all the people on the show was saying our match was so much better,” he said naturally.

“That’s why [Erin] Murphy and Danny [Bonaduce] got into it, that’s why I was so pissed off about her running her mouth because there was no way we lost that match.”

Ultimately, he turned philosophical about the affair. “The first week you wouldn’t have enough judgment on anybody to get rid of anybody but it’s also a reality show so I guess they had to do something,” he reflected.

On the whole though, Esch was satisfied with his team. “Todd [Bridges] and I, we got along pretty well. I’ve known Bonaduce forever, so it was a gimme on that one, but Todd and I became really good friends,” he said with satisfaction.

“I never had any kind of conflict until Dustin [Diamond]. He was such a winy little brat in the beginning. He whined about everything. I guess he’s been catered to his whole life because of the TV stuff. He doesn’t know reality. He pulled out overall though. He’s not a bad guy, kind of. He was probably the biggest wrestling fan on the whole show,” he said with a laugh.

“Tristelle [Cannatella] was okay in the beginning, but later on she became annoying. Almost prima donna type of stuff. She’s too much of a girly-girl to be in the wrestling world. She doesn’t have the toughness in her.”

He also initially could have seen himself really throwing down a few with the wild and woolly Team Nasty trainer Brian Knobs. He just seemed to have more of a compatible personality, at least in the beginning.

Which brings us to Esch’s trainer Brutus Beefcake. He recalled that he and The Barber had their problems in the beginning but ultimately ironed out their differences. “He’s a different kind of guy. We really didn’t bond until later in the show,” he admitted. “He was totally a different kind of guy than I’m used to dealing with. Later on in the show, we bonded pretty good, but other than that we didn’t get along too well, I don’t think.”

There was also no sweat involved with regard to the walk-the-plank segment in episode two.

“Only thing it can do is kill you,” he said matter-of-factly.

In fact, the primary thoughts on Esch’s mind are sons Brandon, 23, and Caleb, 20, who are both scheduled to cage fight on Halloween, as well as himself.

Consider it a family affair, but you never know about the future. He says he will be doing some grappling, though details are sketchy at the moment.

He sums up the experience in one simple sentence.

“They were a couple of people that got on my nerves. All in all though, it was pretty good.”