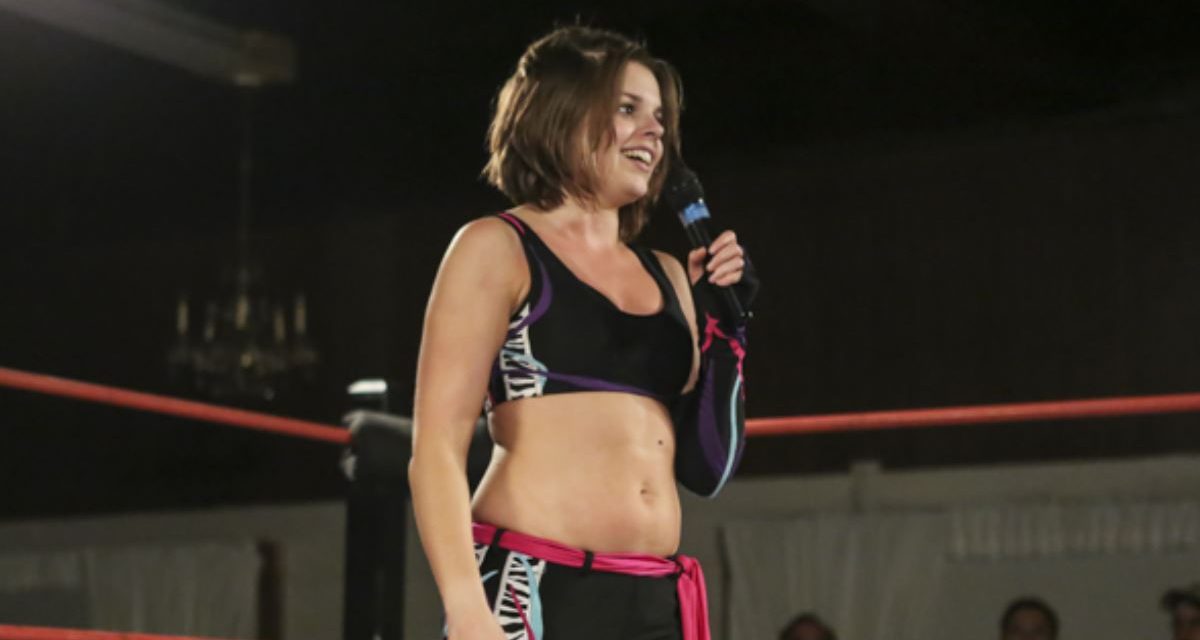 Portia Perez will have no trouble earning her frequent flier air miles this year. In the past six months, the Brockville, Ontario based women’s wrestler has wrestled in diverse locations ranging from Tennessee to Spain.

Her extensive travels have given Perez a unique perspective on the wrestling business and its fans. 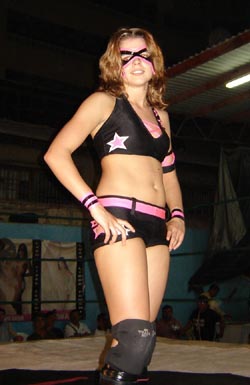 “I’ve noticed a huge difference between fans in different areas, and not just between countries, but between various regions within the same country,” Perez told SLAM! Wrestling. “There are some areas in England where fans still expect the traditional style of British wrestling, while other areas lean towards a WWE-type style, and some that are more into Ring of Honour. It is the same within Canada or the United States. In the U.S., fans in the Northeast are much different than fans in say Tennessee or Mississippi.”

Given her extensive travel schedule, it is not surprising Perez had one of her most interesting adventures away from the wrestling ring. “I think one of the most unique experiences I have ever had was going to India for five days in October 2007,” she recounted. “Unfortunately, all of our shows were cancelled once we got there due to some complications that arose, but the experience was incredible. Wrestling is still very much larger than life in India; there was a full parade for us when we arrived at the airport at 4:00 a.m., and reporters stampeded in fear after another wrestler yelled at them during a press conference. Seeing the way people live in India was a huge eye-opener for me, and one of my favourite experiences so far in my career.”

Even though the travel may be difficult and the pay not always great, Perez would choose no other career than wrestling. “I’ve been a fan of pro-wrestling my whole life, since I was about two years old. I started watching wrestling on TV with my father and sister, and we used to go to live shows whenever they would come to town. I have wanted to wrestle ever since,” she said.

Perez is one of the rare indy workers who does not have to fall back on a full-time job outside of wrestling to support herself. Judging from her website, www.portiaperez.com, which offers everything from DVDs to T-shirts, Perez has learned the art of self-promotion. Impressively, she designed and maintains the website. Aside from wrestling, she does freelance web and graphic design work.

While Perez has wrestled against many different people, she gives credit to one women’s wrestler in particular as a role model. “I look up to many different female wrestlers for a variety of reasons, but I especially look up to Sara Del Rey. Her work ethic and dedication really inspired me at a time when I was questioning my direction in wrestling, and it really helped me find a renewed love for the sport.” 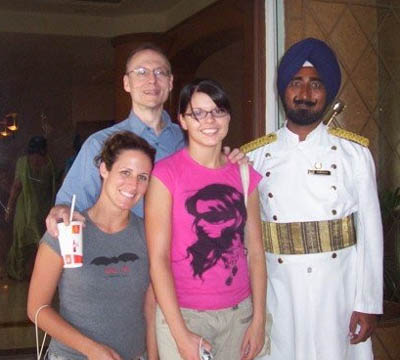 Josieanne the Pussycat, Portia Perez, Ron Hutchison and a new friend in India.

Perez has only been in the wrestling business four years but quickly has gained the respect of female and male wrestlers. Zack Storm, a wrestler based in Ottawa and training partner with Perez, has seen her develop into a top-level worker. “In the past few years, Portia has become a lot more aggressive and confident in the ring,” Storm said. “She has been stealing all my moves — but that is just an inside joke between the two of us.”

It is obvious the 5-foot-4, 125-pound Perez is able to handle herself in a male-dominated profession. “I don’t find the treatment of female workers differs between territories so much as it just differs from person-to-person. Just like in any other business or area of life, there are some individuals who respect women completely, and some who don’t respect women at all, and many who fall somewhere in between.”

Even though Perez feels like she is respected most of the time, she wants to see some changes in to the female side of the sport.

“I would like to see women’s wrestling viewed as less of a novelty and more as an equal to male wrestling,” she said. “I feel that, in a lot of cases, it is starting to be more respected than it has been previously, but I think it still has a long way to go. There are still a lot of people from fans to wrestlers to promoters who view women’s wrestling as secondary to male wrestling. I think we need to continue to work on changing those opinions.”

Getting a chance to work for women-only promotions like SHIMMER has taken Perez to a higher level. Dave Prazak, promoter for SHIMMER, has only kind words to say about Perez as a performer. “Portia Perez came in to SHIMMER in early 2006 just looking for more experience and to get her name out there. She is one of the few female wrestlers currently who will literally travel the entire world for the sake of wrestling on as many shows as possible, in search of improving with each and every outing,” commented Prazak. “Over the past two years, Portia has wrestled in several countries, and done some crazy several week long road trips throughout North America that the vast majority of independent wrestlers wouldn’t even dare attempt. How much traveling she does is a testament to how dedicated she is to the business.”

Perez has every intention of making pro wrestling a long-term career. “I definitely plan on continuing to wrestle as long as I am able, and as long as I enjoy it. I try not to define my career by where I have been or where I am going; my goal is to improve as much as possible, and become as good as I possibly can. I absolutely would love to have a full-time job in wrestling some day, but my primary concern right now is to constantly improve and bring my work up to the next level.”