Vito LoGrasso is a man of many hats, so to speak, having wrestled as an evil foreigner, Mafia-type gangster, and cross dresser.

Now, the former WWE superstar is set to take a new gimmick — a decidedly more masculine looking mixed martial arts-street fighter character — as far as he can, perhaps all the way to the Far East.

“It was a good conversation,” said Vito of his negotiations with All Japan. “I like the rough and tough Japanese style.”

Vito originally adopted the character while still with the WWE and working for its former Deep South Wrestling developmental territory. 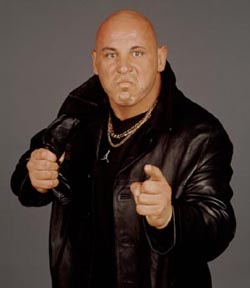 He felt the gimmick would go over well in Japan, where he already has had previous success, including a rare pinfall win over Mitsuharu Misawa, and a tag-team run with Genichiro Tenryu in Fighting World of Japan Pro Wrestling.

Vito is currently wrestling on the U.S. indy scene, Puerto Rico, (where he won the IWA Intercontinental Title in August 2007), and overseas, where he will appear in Madrid, Spain, on April 17. He noted he has spoken to former world champion Kurt Angle about a possible return to TNA, but right now, his focus is just to keep wrestling for as long as he enjoys it. Feeling in great shape through daily training, fitness supplements and a good diet, he said he is still having fun. Although he has not yet wrestled in Canada, Vito said he would enjoy the chance to head to the Great White North.

“I’d like to come to Canada to work. May’s open for me right now.”

Big Vito is an 18-year veteran of the business, having started his training around 1990 at the Johnny Rodz wrestling school in Brooklyn. For eight years, he wrestled U.S. independents and abroad. But it was not until attending an ECW show that he realized he needed to make changes to really make a go of his wrestling career. He approached Taz for a chance, and admitted he was something of a brash, arrogant young man when he did so. But through getting a shot at making it, Vito said he learned how to be humble and carry himself as a professional. He would go on to wrestle as a member of Da Baldies stable.

After a year, WCW’s Vince Russo came calling. In WCW, he dropped his previous gimmicks of Skull Von Krush and Vito “The Skull” LoGrasso to become Big Vito and join The Mamalukes.

“Big Vito — really, that’s the way I was in Staten Island, growing up in an Italian neighbourhood … It was just me, I didn’t have to act it.”

He would hold both the WCW Tag and Hardcore Titles, partnering and feuding with Johnny the Bull.

“We were probably one of the most entertaining tag teams in WCW with our vignettes.”

After WCW shut its doors, Vito went off wrestling in Germany and Puerto Rico before having a brief run with TNA in 2004 as a part of the New York Connection (NYC). He noted the political atmosphere there eventually led to his decision to leave.

“There was a lot of stuff internally going on that didn’t have anything to do with me.” 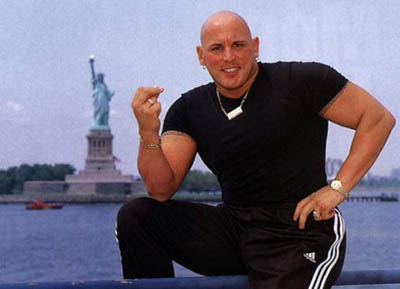 Sometime thereafter, Vito got in touch with WWE’s Johnny Ace for a tryout. WWE eventually hired Vito and he wrestled there between 2005 and 2007, tagging with Nunzio as the Full Blooded Italians before becoming a singles competitor who happened to wear women’s fashions. The idea represented a collaboration between himself and Vince and Stephanie McMahon. Although not the first male wrestler to put on a dress, he can say he wore one longer than anyone else and made the most of it.

“It was one of the most enjoyable times of my career,” he said, explaining he became one of the most recognized performers as a result and even posed for Playgirl magazine. “How many guys can say they went undefeated for four or five months? I had a lot of fun with it.”

With disappointment in his voice, he recalled his sudden and unexpected release from the company.

“It came out of the blue. It shocked everybody and it shocked me. I did everything they had asked me to do. I did the unthinkable — I wore a dress and then they said they had nothing for me. You go above and beyond to keep your job and that happens… ”

Still, Vito said he enjoyed the run while it lasted.

“If the opportunity arose to go back, I’d go back. I have nothing to be bitter about. I always wanted to wrestle in the WWE and I did. I have no regrets and I’m not bitter about one thing.”