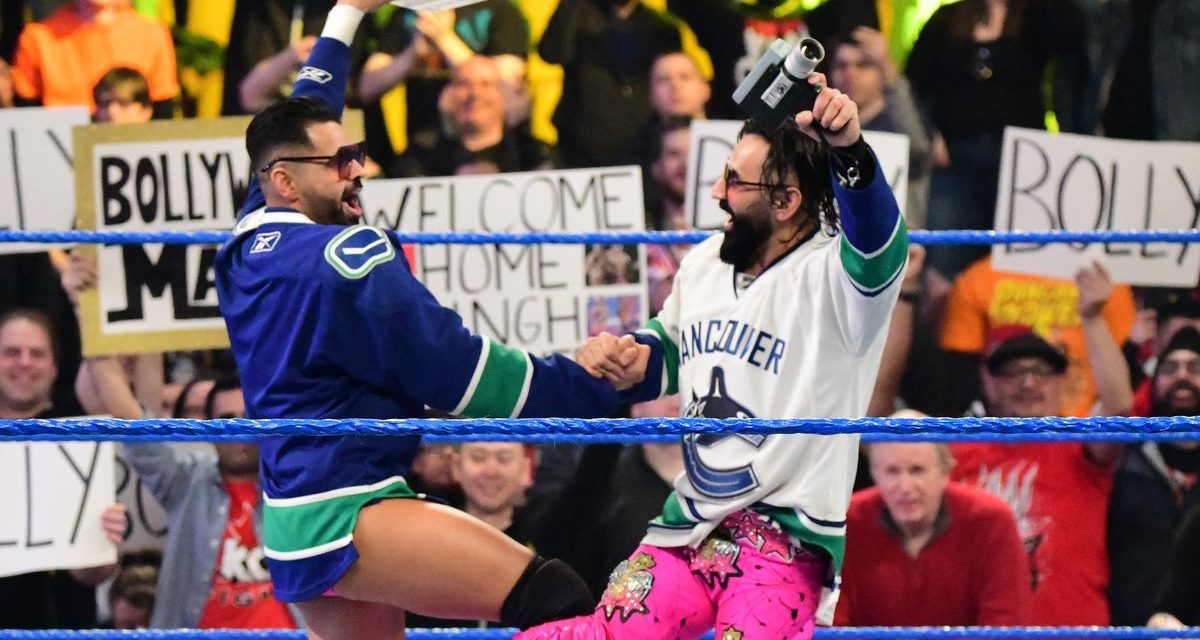 WINNIPEG — “The Golden Lion” Gurv Sihra is not the type to sit around yawning and taking it easy.

In Winnipeg for a two-day respite from Tony Condello’s Death Tour, one of the first moves for the young indy wrestler was to hit the weights.

“I haven’t worked out in a week,” he said from a gym, still puffing. “I work out as hard in the gym as I do in the ring.”

Originally from Burnaby, British Columbia, Sihra’s usual training regime includes two hours of exercise six days a week. Unfortunately for Sihra and other wrestlers on Condello’s tour, training is one of the sacrifices of the Spartan adventure to Manitoba’s frozen north. 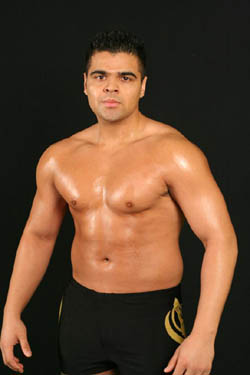 Balancing the rigorous workouts, wrestling, and college (Sihra recently graduated with a diploma in criminology from Douglas College), the 23-year-old relative newcomer still somehow found time to get noticed by the big leagues.

Although he only debuted in October 2005, Sihra already has had a tryout with the WWE last May and trained with Rip Rogers at Ohio Valley Wrestling, the WWE’s former development camp, in October. Sihra also attended Harley Race’s annual camp in August. He felt honoured being in the presence of Race, who provided hands-on training and gave lessons in conditioning and ring psychology.

“Anything to get my face noticed. I’m not going to do that sitting at home,” Sihra said, and stressed his goal remains locked on working for Vince McMahon and the WWE. “I’ll do whatever it takes to make it.”

Sihra originally trained with Bruce Hart in 2004 before returning home to Vancouver to complete his formal schooling at the Pain Asylum under the guidance of Vance Nevada, Michelle Starr, Disco Fury, Scotty Mac and Aaron Idol. His brother, Harv, is also a wrestler.

“You could be the greatest talent in the world, but if you don’t have the wherewithal of every possible situation, you could find yourself never booked again,” said Nevada, who helped Sihra on the business end of wrestling, in addition to providing pointers on backstage etiquette. “I don’t think anyone has taken to heart each and every lesson as Gurv has.”

“I took it all in,” Sihra said. “You use whatever knowledge you can get to the full extent. You want as much information as you can to better yourself.” 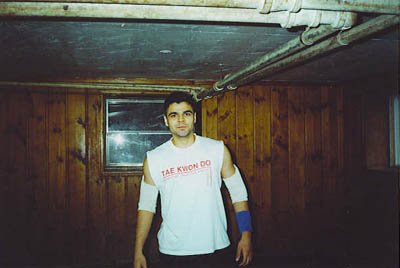 Sihra is a third degree black belt in Taekwondo but insisted his technical wrestling style does not reflect his martial arts training, but rather his appreciation for the work of two of his favourite wrestlers, Bret “The Hitman” Hart and Shawn Michaels.

He has mostly worked with British Columbia’s Extreme Canadian Championship Wrestling, will have two Condello tours under his belt this year, and hopes to go on another next year. Sihra is also looking ahead at getting some international experience, and hopes to one day land in Japan, Mexico and Puerto Rico to learn new and different styles of wrestling.

Nevada praised Sihra for being so goal oriented, as well as for his honesty, a rare quality in a business full of “questionable characters.”

“This kid has had a really fantastic year, and I predict a bright future for him if he can maintain his focus. He is easily one of the most sincere people I have ever met in the business,” Nevada said.