Chase Tatum, who wrestled in World Championship Wrestling as a part of Master P’s stable, was found dead on Sunday, March 23, 2008, at his Buckhead, Georgia, home. He was 34.

His father, Roy Tatum of Kennesaw, Geo., said that his son had been hooked on painkillers for years, and had had back surgery 10 days earlier to repair a degenerative disc. He told the Atlanta Journal-Constitution that his son was planning to enter a rehab program.

“He was in the process of getting his life back together,” Roy Tatum said. “He was confident he was going to turn things around, to live a normal life again without those painkillers.” 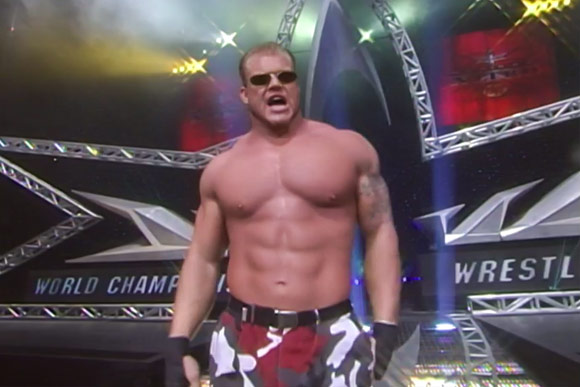 A friend found Chase Tatum in his home Sunday afternoon, and emergency crews were unable to revive him after an apparent accidental drug overdose. A toxicology report is forthcoming from the Fulton County Medical Examiner.

As a 19-year-old, Chase Tatum won the Mr. Georgia bodybuilding competition. At 6-foot-3, 265 pounds, he attracted the attention of the Atlanta-based WCW promotion.

He debuted in 1999 after some brief training, primarily used as enhancement talent until getting a break into the stable of rapper Master P (Percy Miller), who had invaded WCW. The team was known as the No Limit Soldiers and feuded primarily with the West Texas Rednecks (Curt Hennig, Barry and Kendall Windham and Bobby Duncum Jr.

Tatum’s wrestling career lasted less than two years. According to his father, the back problems stemmed from his son’s stint in pro wrestling, and he never had the health insurance or the money to pay for surgery.

His father said that he advised his son against becoming a pro wrestler. “How long can you last in that field?” Roy Tatum said. “They go in with their eyes closed, think they’ll make some quick money and then get out.”

The connection with Master P in WCW foreshadowed Tatum’s post-wrestling career, where he was a road manager and personal assistant to the rap group Outkast.

He had recently found his way into acting — following in his father’s footsteps — and has a significant role in Who’s Your Caddy?, a 2007 flick that stars Big Boi of Outkast.

Chase Tatum’s funeral is scheduled for 2 p.m. Thursday at Mount Paran Church of God in Atlanta