Right off the bat, Don Curtis faced the best. As an amateur wrestler at the University of Buffalo in 1951, Curtis — then known as Don Beitelman — tangled on the mat with multi-time world champion Lou Thesz. It was a bout both would always remember.

Thesz came away from the tussle with his hair messed up, praising young Beitelman for his aggression, saying “he was all over me like an octopus.” 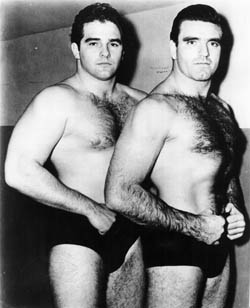 Curtis, who died Thursday afternoon in Jacksonville, Florida at the age of 80, recalled the fight in a 1994 interview with Scott Teal’s Whatever Happened to … ? newsletter.

“But, when he hit the mat, he hooked my arm and wrist locked me. I went right down onto my face. I realized I was really gong to have to work to protect myself from this madman,” he said. “Of course, I didn’t know anything about pro wrestling, and every move he’d make would be hooking an arm or something like that, taking me down. My coach would jump up, ‘Hey, he can’t do that!’ or ‘What’s that guy doing?’ It lasted about twenty minutes and was a pretty fair workout.”

Beitelman’s moxie impressed Buffalo promoter Ed Don George, who offered him a chance to turn professional after college. George told Beitelman that pro wrestling would pay at least four times as well as being a gym teacher, which was Beitelman’s plan with his Physical Education degree, though with his athletic pedigree — he played football at U of B (and was offered a tryout with the Baltimore Colts), captained the wrestling team for two years, and inducted into the college’s hall of fame in 1980 — he had other options.

So, in late May 1951, the pro career of Donald Bain Beitelman Curtis began. Strangely, given his college background, his hometown of Buffalo wasn’t publicized early. In June 1951, the 6-foot-1, 235-pounder was called a “Canadian Ace” and billed from Toronto in a Troy, NY show. That same month, he made his Buffalo debut, facing Howard Cantonwine.

While working north of the border in Canada, Beitelman befriended famed amateur-turned-pro Earl McCready, who had made quite a name for himself in Oceania, and suggested Beitelman head to New Zealand and Australia. Professional and amateur wrestling matches took place on the same cards down under, and with his legit skills, Beitelman was a star. He stayed for five years, returning to the United States in 1956. 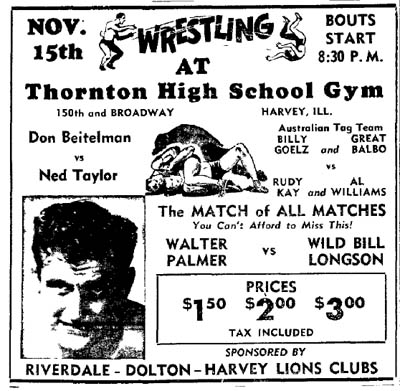 In the Amarillo, Texas, territory, Beitelman (pronouced Bite-I-mun) underwent a name change and became Don Curtis — which later became his legal name in 1967. “Dizzy Davis told me they changed my name because Texans didn’t trust anyone with names over two syllables!” Curtis told historian Dale Pierce.

The name change worked, and soon Curtis was summoned to New York to work for Vince McMahon Sr. It was there that he initially was paired with his most famous tag team partner, Mark Lewin, though he had known Mark since he was a teenager, since his older brothers Donn and Ted already wrestled.

Lewin and Curtis became one of the top tag teams of the Golden Era, teaming from 1958 to 1962 as the consummate student-teacher team. “Mark was almost a ‘Greek god-like’ image, and Don was the protector of him, being raw-boned, sinewy, and about 10 years older than that ‘kid’ from Buffalo,” Don’s wife Dotty recalled in The Pro Wrestling Hall of Fame: The Tag Teams.

Curtis and Lewin swapped the U.S. tag championship with Eddie and Jerry Graham twice in 1958. So heated were the matches that Jerry received a six-inch gash from an angry fan in Washington. D.C. after he and his brother upended Curtis and Lewin for the title in September 1958. 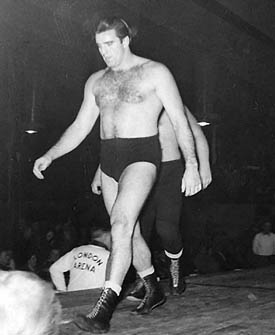 Early in his career, Don Beitleman works under his real name in London, Ontario. Photo by Terry Dart

During their partnership, the bond between Lewin and Curtis was very strong. “I don’t know of many other teams of that era that not only wrestled every night, but they literally spent almost every waking hour together, training in the YMCA,” Dotty said. “We were always together from dawn to dusk, until it was time to go home.”

A perennial babyface who used the sleeper hold and flying dropkick and was an early high-flyer, Curtis, known as “The Buffalo Bomber,” moved to Florida permanently in 1962, and Lewin followed for a few months. Together, they won the Florida version of the World title in 1963. But Lewin got into a tiff with then-promoter Eddie Graham, and wrestled singles for the rest of his career. Later when Curtis had his own issues with Graham, he teamed with the Malenkos to form a renegade promotion.

Another successful pairing for Curtis came with Kiwi Abe Jacobs. They had actually met during Curtis’ lengthy stay in New Zealand. “I met him and we used to go to the gym and work out on the weighs and then get in the ring and work out until we got tired,” recalled Jacobs. “He was a sharp, intelligent guy. He was one heck of an athlete and a good amateur wrestler.” Jacobs and Curtis later met up again in New York. In Florida, they won tag team gold. Not long after, maybe six months or so, Don hurt his knee and had to get an operation.

In Florida, the Curtis family — Don, Dotty, and three children — settled in Jacksonville, where Don was in charge of promoting wrestling at the Jacksonville Coliseum. After his in-ring career petered out in the early 1970s, Curtis was later hired by the city to actually run the Gator Bowl complex, which included the Coliseum, and later had a real estate business.

Family was always important to Curtis, and his family traveled with him. “I don’t want to go anyplace without my family,” he said in a 1965 Wrestling Revue interview. “I mean it. When we’re apart, I’m miserable and so is Dotty. That’s why I hate to wrestle in New York and Chicago — it’s too far away from home.” 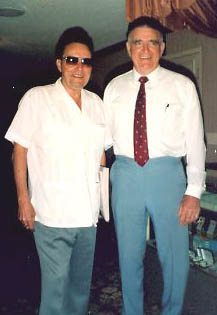 Throughout his days in Florida, Curtis kept up his love of amateur wrestling, coaching at a Catholic high school, refereeing AAU matches, and serving as a member of the United States Olympic Committee for wrestling in the 1970s.

Curtis became a well-known man around town, and not just from the wrestling.

“It was good sport and good people and they were good,” Curtis told the First Coast News TV station in 2003, referring to his competitors, promoters and fans.

“I still have people come up to me to shake my hand and thank me for things that changed their lives because of my caring. I am losing a lot of my memory these days, due to my lifestyle and my aging, but I have pictures on the wall in my office of some of the greatest to help me remember,” he told Pierce.

The last few years were hard on Curtis, who suffered from Frontal Lobe Dementia, and was cared for by his wife. In and out of hospitals, a week ago Curtis suffered a massive stroke due to a blood clot breaking loose and hitting the left side of his brain. His wife found him in a pool of blood, face down in the bedroom and an MRI confirmed the stroke and severe damage. He passed away on Thursday, March 6, 2008 about 2 p.m.

In an email to friends, which his wife Dotty granted permission to post, she addressed Don’s condition. “Please know that Don is in no pain, and would want nothing more that to end the life that he presently lives in. If anyone could say, ‘I’ve done it all!’, it would be Don. A wonderful husband, father, grandfather and friend no one could have asked any more from.”