Wrestling has a new king, brother!

Hulk Hogan, one of the biggest names in the industry, was recently named as part of the new Sportkings trading card set, soon to be released by the similarly titled Sport Kings LP company. 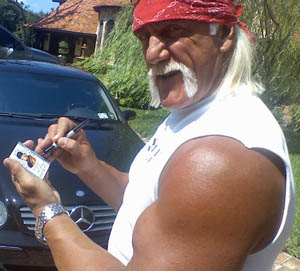 The set and company are the brainchild of Toronto’s Dr. Brian Price, whom many in the collectibles world already know as the president of In The Game Inc. The Sportkings set, which features 48 of the world’s greatest athletes and sporting personalities, is slated for release in October. Hogan will also be featured in autographed and memorabilia-based inserts.

Assembling the list of stars that are included in the set, ranging from baseball greats like Roberto Clemente to football’s Troy Aikman, was no easy task when you consider that each participant had to be contacted and negotiated with individually. In an interview with SLAM! Wrestling, however, Price noted that Hogan was a pleasure to work with.

“Negotiations were very short, we presented our concept and offer to Hulk and he accepted. I was thrilled,” he said.

While some pundits may be surprised to see a wrestler be included in a product that features the biggest names in the sporting world, Price was quick to explain the reason for Hogan’s inclusion in the set.

“I don’t understand why you would say that Hulk Hogan is, ‘not a real sports star.’ He certainly is. He is an international superstar,” Price remarked after being questioned about the legitimacy of a wrestler being included in a sports release. 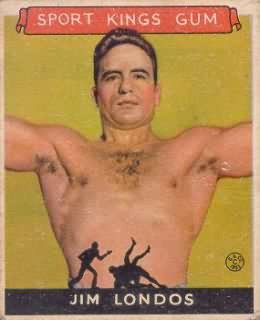 Price then asserted his belief by pointing to the lineage of the Sportkings name. The original set was released in 1933 by the Goudey Gum Company. As Price pointed out, two wrestlers appeared in that initial release – Ed Don George and Jim Londos, who were inducted into the Professional Wrestling Hall of Fame in 2006 and 2002 respectively.

While Hogan is the first wrestler to be included in the new generation of Sportkings, he will not be the last, according to Price.

“Wrestlers will be well represented in Sportkings, its our heritage,” he said, adding that Andre the Giant will be included in the second series.