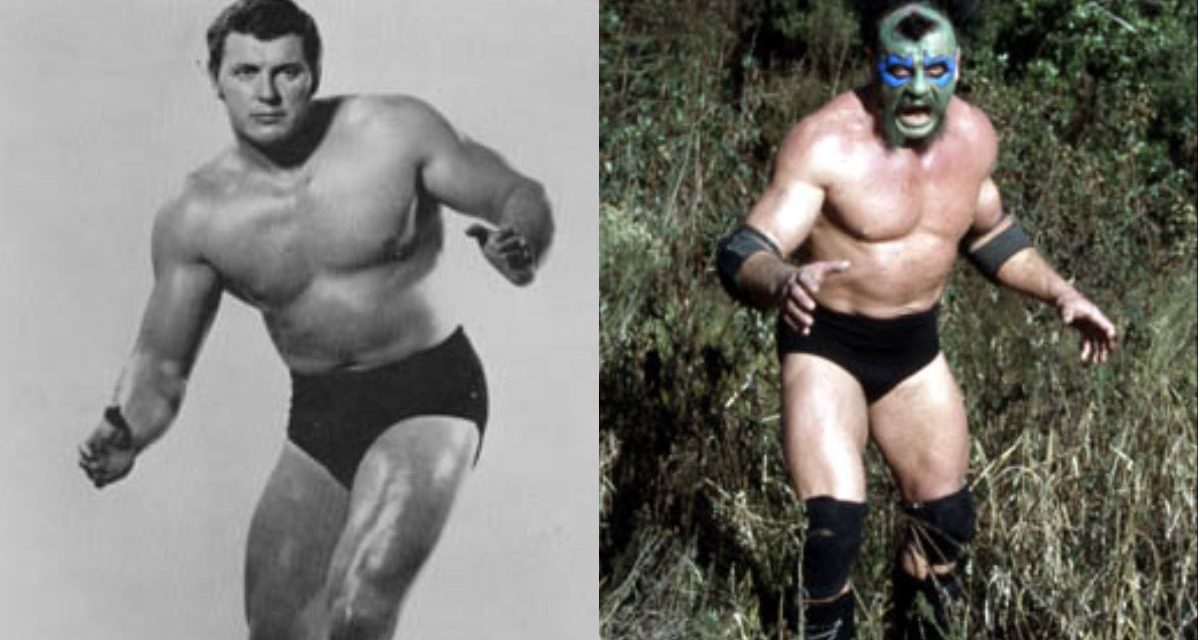 I knew this day would come. On Friday, I learned that Dewey Robertson, known to millions as “The Missing Link,” was hospitalized in Hamilton with a recurrence of his cancer and not expected to last much longer. As the one who wrote Dewey’s autobiography, this news really hits home.

Just thinking about what Dewey has already survived always made me shake my head in wonder. He lost one kidney to cancer in 1993, most likely due to his long use of anabolic steroids. There were his addictions (marijuana being the worst), his manic-depressive personality, his family issues, and his ability to drive people away. 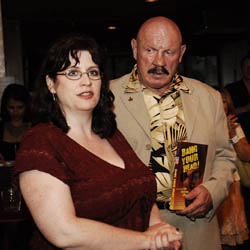 Meredith Renwick and Dewey Robertson at the launch party of Bang Your Head! in August 2006.

Someone who knew Dewey far longer than I have once told me that Dewey was like a puppy dog. He needed constant attention, might pee on your carpet and chew up your slippers, but you couldn’t help but feel something for the big lug.

I knew very little about the history of professional wrestling when I first met Dewey in 2000 and I had never heard of him or The Missing Link. Something about his story intrigued me anyway, and I thought if it caught my interest it would likely catch other people’s — whether they were wrestling fans or not.

When Dewey and I began work on the book — Bang Your Head! The Real Story of the Missing Link, published in 2006 by ECW Press — he was at one of his low points. That’s what happens with a manic-depressive. One day they are on top of the world, and on the next day, the world is about to end.

I have to be honest. Dewey was not an easy person to work with. He had very definite ideas about what he wanted in the book, though this would change from week to week. He didn’t want me to put his age or any dates that might hint to people how old he really was. (He’s 68, but don’t tell him I told you.) It was hard to get a straight answer out of him about the simplest things — it always came out like he was giving a lecture at one of his 12-step meetings. Anyone who’s tried to interview him, or even talk to him, knows what I mean. I had to convince him that he should write about his wrestling career too, that people would want to hear about much more than just his recovery from addictions.

Dewey had no income other than government assistance and from odd jobs he did for friends, so I held a series of temporary and part-time jobs for income while writing the book. We started in the summer of 2000 and I finally got it finished in the spring of 2004.

His personal life was always in flux. If he wasn’t fighting with someone in his immediate family, he was on the outs with his on-and-off girlfriend, and there was always a new “best friend” who was helping him understand things about himself that would make the book so much better — and then a month later he wouldn’t be speaking to that person anymore. I knew why. Dewey had a way of using people up. It took a lot of time and energy to be his confidante, and I probably knew that better than anybody. Dewey went back to smoking marijuana occasionally and was hospitalized several times during the writing of the book as well. 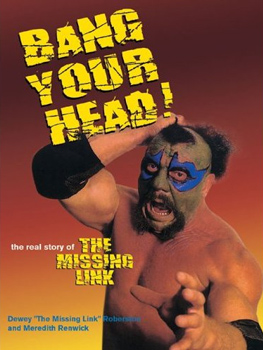 Dewey remembered very little about his career on his own. I would have to do months of research in secondary sources and try to check it with him, and sometimes that would jog his memory and I’d get some good stories out of him. But I was never sure how much of it he really remembered.

There were plenty of times I was ready to quit. He wasn’t paying me so I wouldn’t owe him anything if the project never got finished, and I got tired of being in the eye of the emotional storm always swirling around Dewey: the bouts of mania followed by depression, the anger and the distrust. To this day I’m not sure how I hung in there as long as I did. Maybe I just wanted to be able to say I was the one who got the damn book finished after 12 years of him working on it.

I also admired Dewey’s candor about his alcohol and drug use and particularly his willingness to admit in print that he’d used anabolic steroids. A lot of wrestlers won’t. They’ll tell you what other people did but not themselves.

Dewey told me many times that the goal of writing his life story kept him going during the darkest years of his life, after his marriage had ended and his physical and mental health began deteriorating from years of excessive drug use. I’m glad I was able to help Dewey achieve that goal and that he’s had this past year to live his dream of sharing his life story with the world. In the end, that made it all worthwhile.