Watts pleased with reaction to book

When SLAM! Wrestling last caught up with “Cowboy” Bill Watts, he was hard at work on his autobiography. Now that book has been out for a few months, he shared some of the reaction that his story has received. 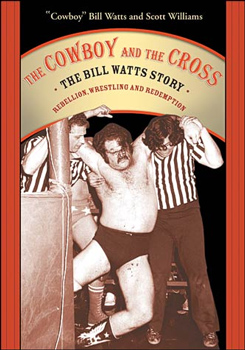 “I’ve received some great emails from people that talk about the book, and how it impacted them,” Watts told SLAM! Wrestling from his home in Oklahoma. “I’ve gotten a lot of people who responded to the wrestling and the memories, and what it meant to them. There have been some people who really touched me about what our wrestling meant to them, and the fact of the way that we presented wrestling, they got a moral perspective too.”

There have been a few negative ones. Two stand out for Watts — one was a pastor complaining about the profanity in the book. And the other? “The other guy is just a guy that hates me.”

Entitled The Cowboy and the Cross — The Bill Watts Story: Rebellion, Wrestling, and Redemption, it’s an autobiography full of self-reflection. “That’s what it was intended for. It wasn’t intended to get a self-aggrandizing book,” said Watts. “I meant to leave something that would have some value. I wanted it to be something that somebody who is reading it might stop and think, ‘My gosh, where am I going to spend eternity? My gosh, what am I doing with my life?'”

He found it difficult to look at himself. “God had been taking me there anyway, to where I looked at myself, and get to the point where I understand why I act the way I do,” Watts said.The book’s co-author, Scott Williams, a crime reporter at the Galveston County Daily News in Texas, has gotten some feedback on the book too. “I think the reception has been very strong, generally speaking,” Williams commented. “I know that some people have wondered about what they see as a contradiction between the spiritual aspect of the story and the language Mr. Watts uses, as well as some of the situations he describes. I don’t think that’s incongruous, at all. The beauty of the story is that it shows salvation is there for all of us, regardless of our own actions, or behaviors. Having said that, the vast majority of the response I’ve heard has been very positive, both for the wrestling material and for the spirituality.”

Besides the title of the book, the cover has a photo of a bleeding Watts being held up, arms out like a crucifixion. The Cowboy isn’t thrilled with the choice, but understood the reasoning behind it. “I didn’t pick the cover. I had a discussion with (ECW Press editor) Michael (Holmes) on it twice. But he thought, first of all, it was a metaphor for my life, but he also thought it would attract attention. I said, ‘My gosh, yeah, it would attract my attention — I wouldn’t pick up the book!'”

Watts has been happy with ECW Press, but recognizes that they aren’t exactly the huge power of Simon & Schuster, which distributes WWE Books. “If anybody thinks that I wrote this book for money, they’ve got to be crazy, because first of all, if you really thought it was going to be a huge financial venture, and I’ve liked and enjoyed ECW, I don’t think you’d have picked them because they’re not that big of a marketing firm.”

The book instead was a project that he felt compelled to do by a greater power. “I said that this is something that if God wants, if it’s written the way He wants me to write it, the person he wants to read it will read it. That’s all I can ask, that He uses me as a vessel in this. If He does that, I’m blessed.”At the end of the book, there are two appendices, where Watts really explores his faith. He wishes he could have included more, but they simply ran out of room. “There were quite a few things that I wanted to put in that addendum that I thought could truly help people to understand themselves. I think that people just don’t understand what makes them tick. I had seven things that I wanted to put in the addendum, and they put two. They put Christ on the Cross and How Wrong I Was About It, and then they put The Landmines of Insecurity, which I feel could be tremendous helps to anybody.”

The autobiography has given Watts reason to be out telling his story and spreading the word a little bit more. He has been to community clubs, church groups, and spoken to troubled kids, all of which, he said, has been “tremendously, tremendously well-received.” At wrestling appearances and on radio shows, it has gone smoothly as well. “I’ve been pleased that I haven’t received any criticism on those, and people have been very tolerant of what I’ve had to say.”

There were many rewrites, and looking back, Watts is pleased with the balance that was struck between wrestling and religion.

And for those familiar with (loud) Watts’ legacy, particularly as a backstage presence as a booker, promoter or front-office VIP in both WCW and WWE, the book has plenty to appeal as well. “I tried to limit my venting to things that maybe made a moral point, or not so much to tear down the person I was angry with. I realize that Eric Bischoff captured a little more of my animus that was needed, and I think that was triggered because he’s been attacking me so much, which, again, shows that I still have that weakness of being willing to go to war.”