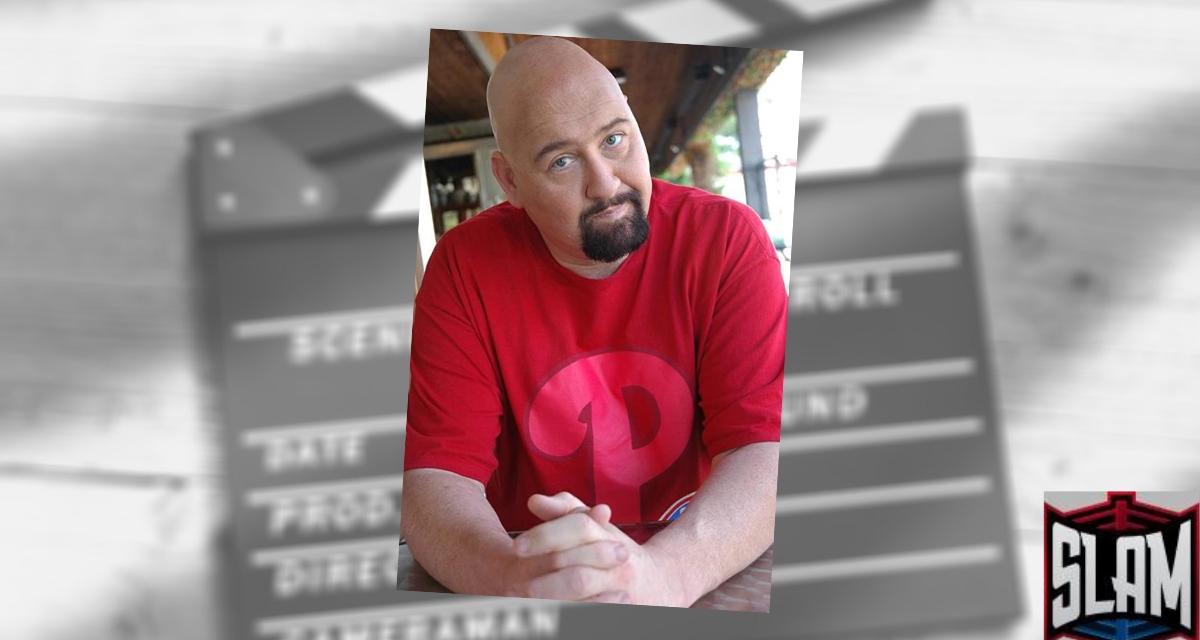 The name Scott L. Schwartz may not jump off the page for you. His most enduring in-ring persona of Joshua Ben-Gurion may not bring anything to mind, either. Chances are Schwartz would be okay with that. Once you scan down a list of his acing credits though, from Fun with Dick & Jane to Ocean’s Eleven, and once you see that unmistakably mean-looking face of his, you might say to yourself: “Oh yeah, it’s that guy!”

Recently, Schwartz took Slam Wrestling on a trip through his past, present and future accomplishments, and it was on the topic of respect and history that he began. 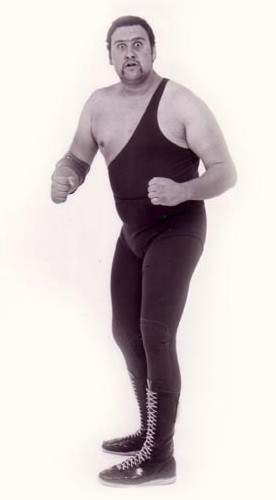 “It was a different game and different sport,” Schwartz laments when asked of his opinion on the current state of pro wrestling, “Not taking anything away from the athletes themselves, but what it’s become from a promoter’s standpoint is crap.” Schwartz’s less than flattering take is centered on the storytelling of wrestling. He, like many others, is discouraged by the failing frequency with which matches themselves are used to propel feuds and build the ultimate goal of dramatic tension. When vignettes and interviews become the main source of storytelling, instead of in-ring action, Schwartz warns that what you’re left with are “stupid storylines of big-breasted women hanging over somebody dead in a casket.” Perhaps not surprisingly, he worries about the impact that has on a traditional demographic for wrestling: “The message you’re sending to kids today, I think it sucks.”

Schwartz sounds a little old-school, doesn’t he? Deservedly so. A native of Philadelphia, he cut his teeth at Killer Kowalski’s wrestling school in the late 1970s before establishing his character of Joshua Ben-Gurion, “The Israeli Commando”, a decade later.

“Every time I talk to Kowalski, not a conversation goes by where I don’t thank him,” he says emphatically. Schwartz’s memories of life on the road share the similar depiction of a gruelling life to those of many fellow wrestlers. “You travel 500 to a 1,000 miles, you might get a $50 pay-off,” he remembers. The obvious question, of course, is why does anyone commit to that kind of hardship? “The best way to describe it is something John Tolos said: if he won a millions dollars, what would he do with it? Keep wrestling until he didn’t have it anymore,” Schwartz explains, “You really do it for the love of the sport. The money really was a secondary thing. It was the act of getting out there and performing in front of people, being hated or being loved, and just the thrill of doing it.”

It was while paying his dues on the road that Schwartz was presented with an opportunity out of the blue: an offer to try his hand at a different kind of acting. A Hollywood agent caught a glimpse of Schwartz wrestling on TV while in Bakersfield, California, and travelled to meet the wrestler and extend an invitation to Tinseltown. Some might think it the most obvious thing imaginable to jump at the chance and go for the brass ring in Hollywood, but Schwartz surprised the agent with his nonplus response. “I told him I didn’t want to be an actor; I want to be a wrestler,” Schwartz recalls, “He asked me ‘Don’t you have any goals?’ I said, ‘Yeah, my goal is to be carried out of a wrestling ring on a stretcher, crippled, and have the fans give me a standing ovation.’ He said, ‘You must really want something more than that,’ and I said, ‘Nah, I just really want to retire as a wrestler.'”

In the end, with Bakersfield only being a couple of hours away from Hollywood, Schwartz and a few other wrestlers from his company travelled to meet with the agent and get an idea of what the acting life might hold in store for them. In one of life’s serendipitous moments, the agent took the wrestlers to a Beverly Hills restaurant for lunch around the same time that a certain actress was also showing up for a meal. “As we came out of there, a limousine pulls up on the curb, and who gets out of the limousine but Stephanie Powers,” Schwartz remembers — a little giddiness still evident in his voice. “At that time I had a crush on her, and I still probably do, so I said to myself I’m really going to like this acting business.” 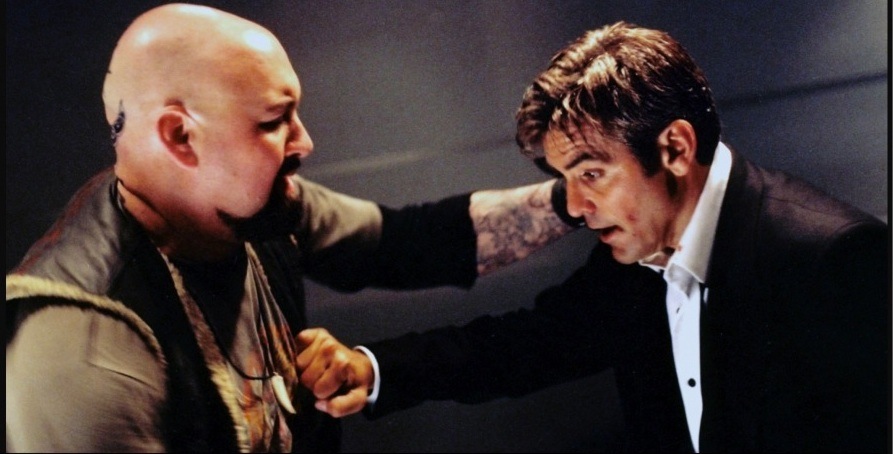 The acting business took a quick liking to Schwartz as well. Shortly after his lunch meeting in Beverly Hills, Schwartz started a process of calling agents off of a list to look for representation. Not only did he have misgivings about the agent who originally approached him, but he had a specific attribute in mind concerning an agency. “I started calling Jewish agents from the list because I’m Jewish,” he says matter-of-factly, “As I worked my way down the list I came to Allan Goldstein & Associates — how much more Jewish can you get than that? They said they would take care of me and they did.”

Even with an agency backing him up, Schwartz still had to step carefully into his bid as a wrestler moonlighting as an actor. His road schedule was still tightly-packed, and he wasn’t able to be in California for extended periods of time before his company would be off on a tour somewhere else.

Schwartz started making a name for himself as a dependable character actor, though, and he started making friends in the industry. “A lot of people don’t realize that this goes into the equation: how you get along with people on the set and how they perceive you,” Schwartz explains. “I’ve worked some difficult shows with some difficult people. I did three episodes of Nash Bridges. Don Johnson is not very easy to get along with, but he loved me. I worked with Steven Seagal (in Fire Down Below, 1997), he’s not easy to get along with but he loved me. Perception and how people get along with you — how people like you — that helps you get work in the future.”

Schwartz gives a lot of credit to another wrestler-turned-actor, Gene LeBell, for helping him find his feet in the business. “Gene doesn’t have the time of day for a lot of people,” Schwartz says with a laugh, “But once he found out I was a wrestler he took care of me.” 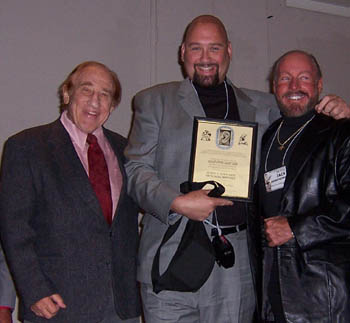 For his part, LeBell, with hundreds of credits to his name as a stuntman, stunt coordinator and occasional actor in films such as Man on the Moon, says that Schwartz “is one of the good guys, and I tried to push him as much as I could. He’s a good wrestler and a good performer.” In June, LeBell was on stage at the Cauliflower Alley Club reunion, presenting Schwartz with an award for his accomplishments in both disciplines.

On first blush this nature of finding work through relationships doesn’t sound all that different than the wrestling business. The cliché “it’s not what you know but who you know” is like all other clichés — they are born from truth. As Schwartz puts it, though, the acting business is not as similar to the wrestling business as most people trying to make the transition expect. In truth, performance in the ring equates more to a live stage performance, where you only get one shot, than the cut and paste world of film acting. Schwartz explains that this is part of the reason that it’s difficult for some great in-ring performers to convey their talents in the movies. “Randy Savage can only be Randy Savage, and Hulk Hogan can only be Hulk Hogan,” he says. “Some guys can’t play different characters, or don’t feel like they need to do it, and that’s why wrestling and acting are not as close together as you’d think.”

As for the future, Schwartz is focused exclusively on acting. “I hung up my boots for good in 1999 which was after 20 years,” he explains. “It was a tough decision, and in order to keep from returning to the ring, I sold most of my stuff on eBay. I kept one suit just in case, and sometimes I get a part as a wrestler and I wear that stuff in a movie, and then after I get off the movie I feel like going back in the business.”

He never would have guessed that acting would win out over wrestling in the long haul, but he explains that his career path happened naturally. “Eventually it just got to the point where it just got in my blood,” he says, “I did a couple of good jobs and I liked the way I got treated, and that was it, the rest is history, as they say.”

Outside of the ring, Schwartz speaks in earnest about his ability to use his celebrity status, specialized though it may be, to set an example and be of help to the world around him. “Not necessarily do you need something on paper or on a plaque to show accomplishment,” he suggests. “As long as you say to yourself I can accomplish and I can do, you will do. I think that kids need to know that. At this point in my life I’m still accomplishing things. I go to children’s hospitals and visit kids with cancer, and I can make some kind of a difference in somebody else’s life.”

His face may not be splashed across billboards like The Rock’s, but Scott. L. Schwartz has paid his dues in moving from the wrestling ring to the silver screen and still has his head planted squarely on his shoulders. All he needs is that romantic lead playing next to Stephanie Powers and he’ll want for nothing.