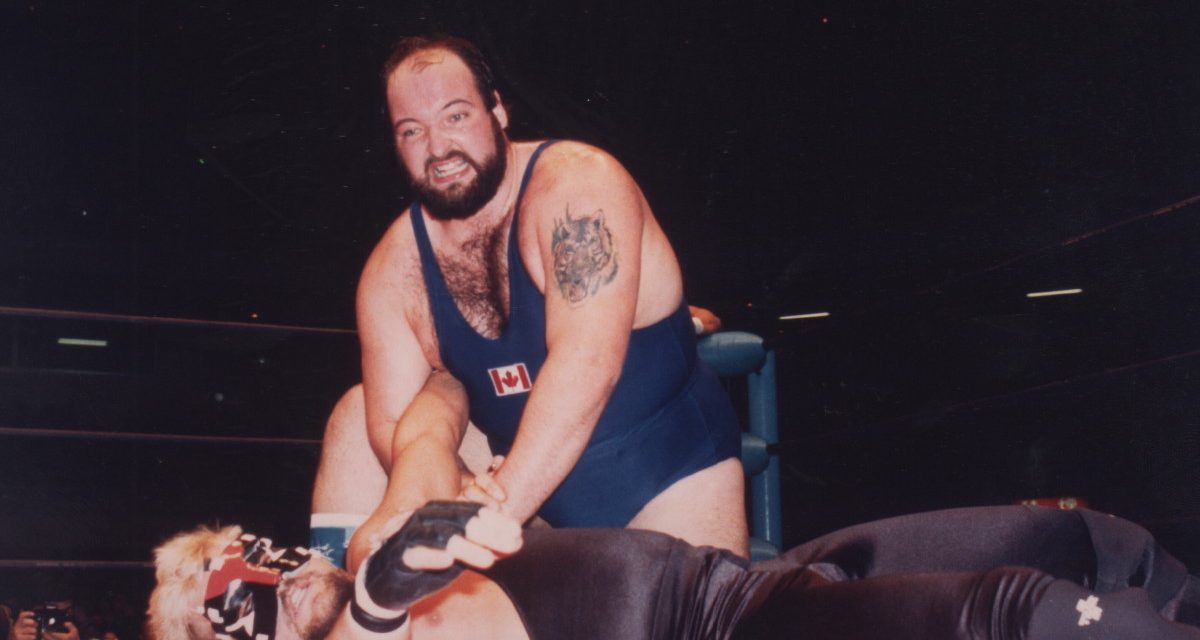 A two-year battle with bladder cancer has come to an end for John Tenta. The British Columbia native passed away June 7, 2006, at the age of 42 in Florida.

A former sumo-wrestler, the 6’7”, 462 pound Tenta debuted for the WWF in 1989, planted in the audience for a push-up contest between Intercontinental Champion The Ultimate Warrior and the late Dino Bravo. Originally dubbed “The Canadian Earthquake” the nationality was later dropped. After feuding with the Warrior, Earthquake attacked Hulk Hogan on The Brother Love show, squashing him with several splashes and leaving fans to think they would never see Hogan in the ring again. The Hulk Hogan vs. Earthquake feud had a lengthy run, headlining Summerslam 1990 and doing the house show circuit in a series of stretcher matches. 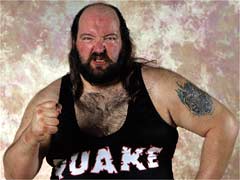 Tenta’s other high profile singles feud was with Jake “The Snake” Roberts. On an episode of Superstars, Earthquake tied Roberts up in the ropes, pulled Roberts’ bag that contained his python Damian in it and did a series of splashes on it.

Tenta then formed a tag team with Fred “Tugboat” Ottman, who was rechristened Typhoon. The Natural Disasters, managed by Jimmy Hart, feuded with The Bushwhackers, The Nasty Boys and The Legion of Doom before turning face and taking the Tag Team Titles from Money Inc. – Ted Dibiase and Irwin R. Schyster (Mike Rotundo) in June of 1992. The former champions would regain their titles in October.

Tenta left WWF and went to WCW in 1994 shortly after Hulk Hogan arrived there. Rechristened “Avalanche” Tenta was teamed up with Kevin Sullivan and Brutus “The Butcher” Beefcake to feud with Hogan, Sting, Randy Savage and Dave Sullivan. After that feud ran its course he became “The Shark” and was part of the “Dungeon of Doom.”

In 1996, Tenta cut a famous promo stating, “I’m not a fish, I’m not an avalanche, I’m a man.” Tenta would wrestle under his real name and had a lengthy feud with Big Bubba Rogers before leaving WCW. He had a brief run under a mask in WWF as “Golga” in the Oddities before retiring. He made his last WWF in-ring appearance in the Wrestlemania 17 “Gimmick Battle Royal.”

When diagnosed with cancer in 2004, Tenta maintained contact with fans through RD Reynolds’ wrestlecrap.com. Tenta wrote the foreword for Reynolds’ book Wrestlecrap – The Very Worst of Professional Wrestling.

Tenta is survived by his wife and three children.