Behind the ‘Mucha Lucha!’ phenomenon 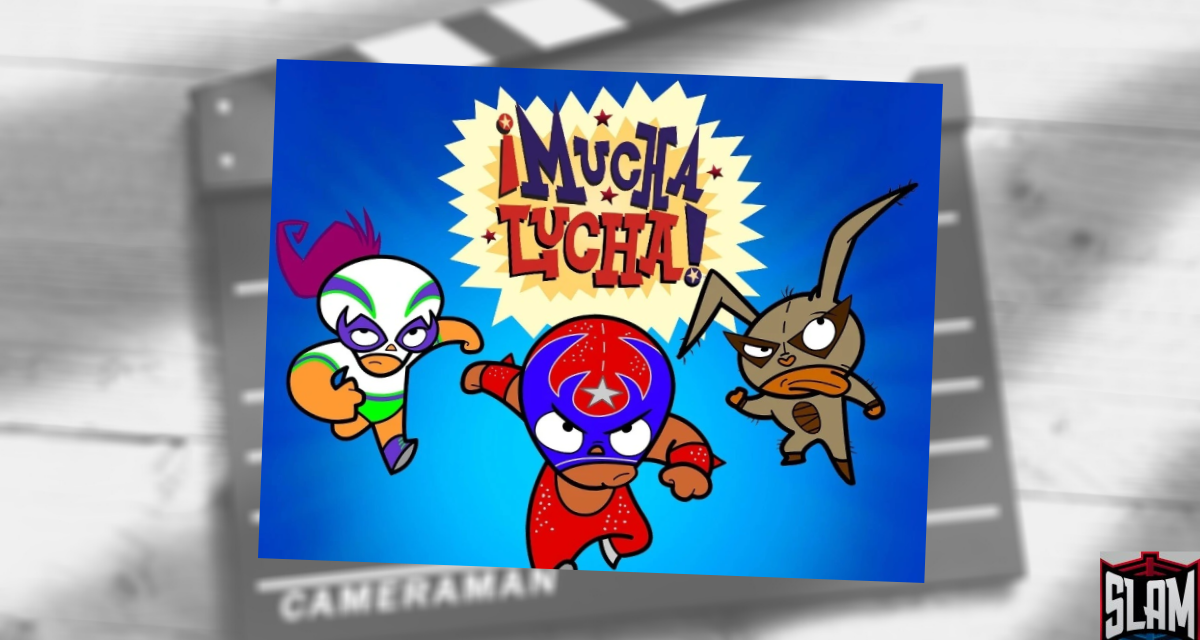 Lucha libre, with its colourful characters in costumes and masks performing crazy aerial acrobatics, has all the elements of a cartoon. For Eddie Mort, co-creator of the animated TV series, Mucha Lucha!, that cartoonish world couldn’t be more real.

The brainchild of Mort and his business partner Lily Chin, Mucha Lucha has become an international phenomenon since its debut in 2002. It was then that Warner Brothers Animation were exploring alternative forms of animation for TV, specifically Flash animation, a medium normally reserved for the Internet. Mort and Chin had created the show’s characters in Flash, and soon, the show became a reality, lasting three seasons on the Kids WB network before its cancellation last year (the show still airs on Canada’s Teletoon network on Saturday afternoons).

Centering around the lives of three students (also known as mascaritas) of the Foremost World Renowned International School of Lucha, and their journey to become the best masked wrestlers they can be. The heroes, Rikochet, Buena Girl and The Flea have to follow the Code of Masked Wrestling, the foundation upon which the school is built, while battling schoolyard villains, crazy situations, and not run afoul of the strict school Headmistress. Together, Mort and Chin’s blend of wacky humour, oddball characters, and a genuine appreciation and respect for lucha libre has proven to be tremendously popular among its cult following. 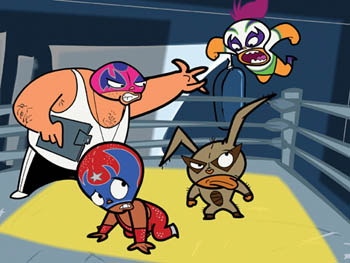 Watching the cartoon, Mort’s affection for lucha libre is clear. It’s an affection he developed in the ’90s when he first discovered Mexican wrestling, and his creative juices were stirred.

“I was a big fan of wrestling as a kid in the 1970s,” he told Slam Wrestling. “One of my favourite wrestlers was The Spoiler — the first masked guy that I ever saw. But I never thought about doing a wrestling cartoon until I saw Lucha Libre.” His first exposure was the El Santo movies and then he found Mexican promotions AAA and CMLL. “After seeing the masks, costumes and excitement of lucha libre, Lili and I just HAD to somehow try to get this into a cartoon.”

Over the course of its three-year run, the show introduced a number of hilarious characters, including the families of the mascaritas, the school faculty, and various students, each with their own distinct character and history. For these, Mort says, they drew on a number of real-life wrestlers as inspiration. 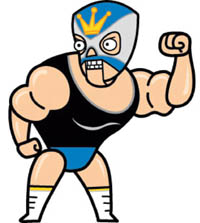 “I like the characters that were based on actual wrestlers and luchadores,” he said. “My favourites are Rey Dinamico (based on Rey Mysterio), El Porcino (Super Porky) and Los Fabulosos (Eddie and Chavo Guerrero). My other favourite character is the Headmistress — she’s a classic badass tweener, you don’t know if she’s a face or a heel.”

Other episodes included animated tributes to the Mexican band Los Lobos, and wrestler Blue Demon Jr. who played himself in an episode that tributed his father’s classic movies of the ’60s. Mort particularly liked that episode since it helped introduce some wrestling history to a new generation of fans.

“(Lili and I) always wanted the show to serve as an introduction for kids to real lucha libre wrestling,” Mort explained. “Though our show is an unashamed fantasy, hopefully it will give them the incentive to seek out the real deal.”

If nothing else, the fans have certainly sought out the show’s merchandise. Mucha Lucha has become a veritable brand, and today, fans can play with toys and video games based on the show, read books about its characters, and even sleep in sheets and pillowcases adorned in the images of the characters. Or, even if they can no longer watch the show, they can buy the DVD of The Return of El Malefico, a feature-length movie version of the show.

Though it’s no longer in production, Mort is very proud of the run he and Chow had with Mucha Lucha.

“We had a good run — 52 episodes and the DVD. We’re happy to see that it has a life beyond the TV screen and is still out there in different forms. There’s still product being made, and we’re hopeful that, one day, Warner Brothers may make some more episodes, but right now, there’s nothing concrete.”

Of course, that doesn’t mean that Mort and Chow have left the world of lucha libre entirely. Indeed, FWAK Animation have also introduced the web-animated series Rudo by Night, which is aimed at adult fans of lucha libre. In addition, another project they have in the works is called Los Campeones de La Lucha Libre, though Mort is not currently at liberty to discuss the project at length. Whether this pans out to be another TV series or movie remains to be seen, but from the snippets of information available, it will no doubt cater to the fans of Mucha Lucha and, like its predecessor, put an entirely new two-dimensional spin on the crazy world of lucha libre.