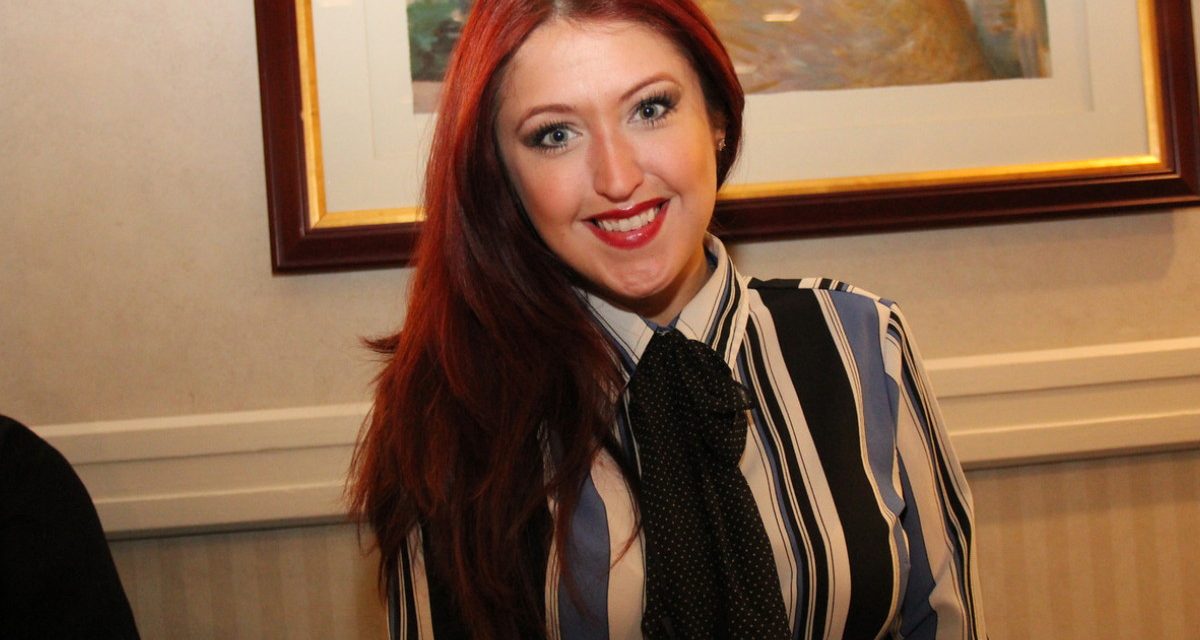 So Cal Val has been helping out at Florida wrestling shows as a manager, ring girl and timekeeper for four years now, but it’s only now that she is 19 years old that it’s legal.

It’s a bizarre circumstance that makes her laugh today.

“I was under-age and I’ve actually done shows before … with different people who have had their shows in bars,” she explained to SLAM! Wrestling at Full Impact Pro’s Florida Rumble show in December. “I was kind of worried about like ‘Oh Val can stay back here.’ or ‘She’s fine.’ and I’m 19 now but I still am [worried]. That’s was kind of weird but I don’t remember there being problems about that at the time because I knew most of the people there. I knew Steve Corino and people like that so I was able to not have to worry about it too much.” 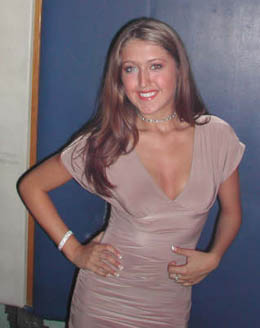 She portrays a “rich heiress” on the apron, which is based off Stephanie McMahon’s character, who is rich and prissy. One would think that So Cal Val wouldn’t get anywhere with this gimmick as many have tried — and failed.

“Growing up I really liked quite a few people such as Trish Stratus, but Steph [McMahon] was the one that I really admired,” So Cal Val said on what pointed her towards using the gimmick. “A whole bunch of different people have tried to use this character and it just didn’t work. The right person has to do it.”

And with that character/gimmick, it’s been quite a run in the still-young life of Valerie Elizabeth Wyndham. Originally from Beverly Hills — hence the So Cal Val moniker — she has been practically everywhere: NWA Florida, FIP, TNA, PWG, MLW, WEW ….

Partially the reason for working in all of those promotions was her constant moving.

“I move a lot, I know,” So Cal Val laughed. “I started out in California, moved to Florida, back to California and now I’m here in Florida once again but I think I’m going to stay here.”

“Working for NWA Florida was great — just like PWG. Their locker room is groomed to be professional because a lot of the guys from there end up going to WWE,” So Cal Val said of the promotion where she managed “The Black Nature Boy” Scoot Andrews. “And with Ron Niemi as the promoter, that added to the experience. He was never in a dull moment.”

The ecstatic manager even made a brief appearance in the place everybody in the business wants to be — World Wrestling Entertainment.

“That was a really amazing opportunity,” So Cal Val said of the backstage skit that she did with Luther Reigns on WWE SmackDown! in early 2005. “It was just neat to see how they work and how their promos are filmed and how they do business. So it was pretty neat and I had a good experience with the WWE.”

During that time, she was doing ring girl work with TNA but did not receive any flack whatsoever.

“At that point I hadn’t been doing ring girl for very long but no, nothing was said. I know some of the wrestlers saw it and talked to me about it, but no bad feelings at all,” she said. “And the cool thing from doing that is that some of the wrestlers in WWE noticed me from TNA and I thought that was pretty cool. … it proved that the WWE wrestlers watch TNA and that the TNA wrestlers watch WWE. We all are watching wrestling, be it one company or another.”

So Cal Val has been sitting in the crowd ever since Total Nonstop Action Wrestling came to Orlando but only started with the company in January 2005. She is the ring girl and can be seen throwing out T-shirts during intermission, and also models merchandise on TNA’s official website. There’s also an ad for Morphoplex with her that will begin airing soon on TNA broadcasts.

Yet she isn’t a long-term, hardcore fan. “Wrestling wasn’t really part of my childhood, I passed by the room and saw it on TV and that caught my eye,” she said. “It was more the storylines than the athleticism because growing up I had no brothers so I didn’t really watch sports and that’s what grew me into the storyline aspect of it rather then the wrestling part.” 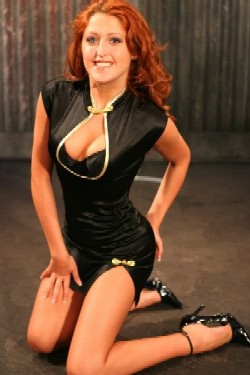 So Cal Val made her debut on a Goldenstate Championship Wrestling show in Anaheim, California in March 2002. Since then, the long-legged 5-foot-7 model has done everything she could, from wrestling to refereeing to managing to ringing the bell.

One of her first big breaks came working for the Philadelphia-based Women’s Extreme Wrestling. “I’ve been with WEW for about two or so years, it’s been quite a while,” So Cal Val said. “My role there has changed ever since I got there because I started out as the executive to Francine and then we had our feud and I became General Manager. And then most recently on PPV, she beat me in a Kiss My Foot match and she became the General Manager again. So now I’m a free agent and I’m just hanging around, but I am still feuding with her pretty much.”

She was also a regular on Florida’s now-defunct Major League Wrestling shows.

“Chris Hero and I are still mourning the loss of MLW,” she said with a laugh. Unlike many people, So Cal Val did not have any trouble with MLW honcho Court Bauer.

“He really gave me the opportunity and was able to talk to me in-depth about the character I was going to portray and most promoters won’t do that,” she said.

“He gave me the opportunity to do ring girl and then again just because you kind of wanted to see how I was. Corino told him about me and just wanted to show Bauer how I would do in front of a crowd like that,” Val said on working for MLW. “My first reaction of Court was great. He was always very polite to me at the shows and always said hi, always very nice.”

Epic Pro Wrestling is one of the first promotions that Val performed for. “It actually reminded me of MLW because the rosters were similar,” she said of the promotion that had wrestlers such as Jerry Lynn, Christopher Daniels and Trent Acid on the very first show. “That was awesome because the first wrestling show for a city usually isn’t big, you usually just see the local talent on there pretty much.”

At the Full Impact Pro show, So Cal Val managed The Heartbreak Express, and her charges retained their tag team titles.

“So Cal Val is a heck of a valet, she’s a heck of a manager and she’s a heck of a person,” Superstar Sean from The Heartbreak Express said. “She’s one of the few women in the business that has the brains to go along with the looks. You know, she actually cares about wrestling and she’s not just out there for her own glory and for a stepping stone to something else. She loves it, she lives it, she breathes it, she sleeps it and she eats it.”

Fabulous Phil, the other half of the reigning and defending FIP Tag Team Champions, has a similar perspective on the 19-year old So Cal Val. “She wrestles all over Florida with a lot of the guys and stuff like that and she showed up at FIP a while ago and Gabe [Sapolsky] is like ‘Oh I have the perfect girl for you, she fits your gimmick.’ We didn’t need a manager, we just needed somebody who fit our gimmick,” Fabulous Phil said. “I think she’s great and she’s still learning and she’d never be with two guys like us so you know it’s a work. I’ve known her since she got into the business and she’s really cool.”

When So Cal Val told SLAM! Wrestling about her popular commentary on ProWrestling.com, that’s when we learned that what she does on the ring apron is indeed what she does for a living.

“It’s cool because you’re always hearing from the guys and not a lot of the women, especially a young girl like me,” Val said of her commentary on the wrestling news site. “And I do this for a living, so that adds to it. Like, I don’t have a day job or anything like that. This is how I get my paycheques.”

Jonathon Sawicki can be heard in Montreal on CJLO on The Main Event every Sunday morning from 10:30 am ET to noon. He wrote for TNA’s website from July 2004 to February 2005 and is currently being trained by FIP’s Billy Dalton to become a referee. He can be emailed at [email protected]