So Cal Val: ‘I feel like I am twice as busy’ 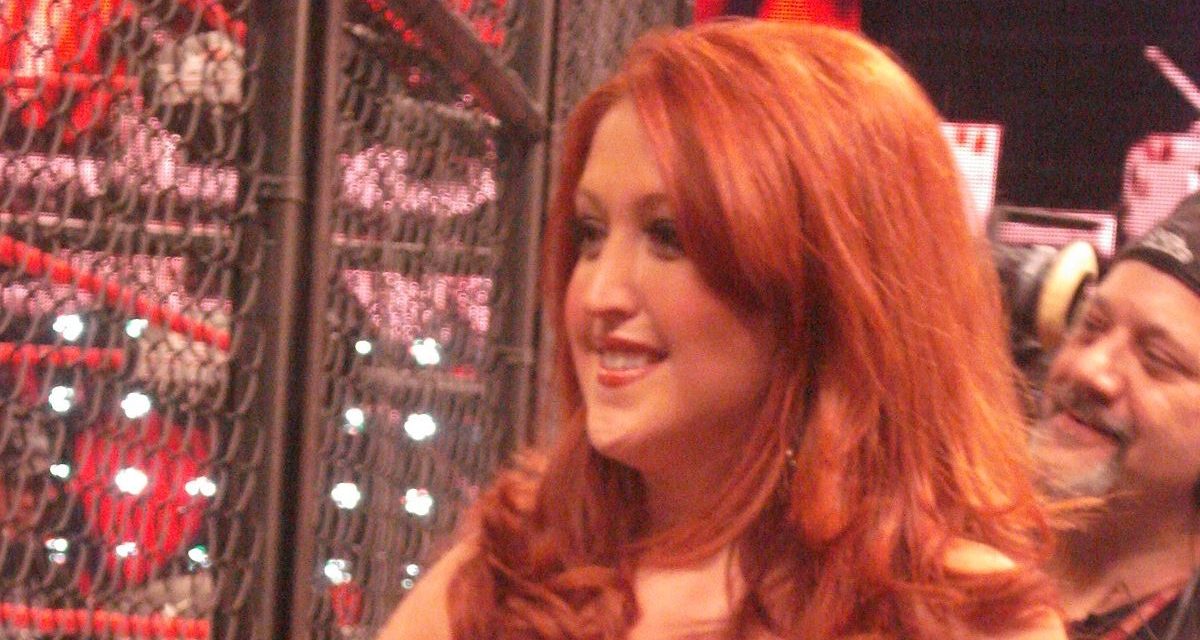 If you’re a fan of TNA Wrestling, there’s probably one personality that you have seen more than you may think you have — one member of the active talent roster who has not been seen in a lead role in a storyline for quite some time, yet is constantly and consistently one of the most talked-about people in the entire promotion.

That person is SoCal Val.

Val, known outside the ring as Valerie Wyndham, has been one of TNA’s longest-serving employees, dating back to the mid-2000s. Though she rarely appears in storylines (she’s had one) on TV, she is still one of the most talked about of all the TNA Knockouts, and one of, if not the busiest person in the TNA locker room. 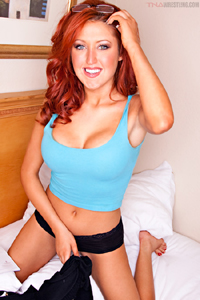 SoCal Val from one of her photoshoots with TNA photographer Lee South. Photo courtesy TNAwrestling.com

Of course, wrestling’s faithful will remember that angle very well. In a tribute to “Macho Man” Randy Savage and Elizabeth, Jay Lethal and Val (whose middle name is coincidentally Elizabeth) re-played the storybook wedding between wrestling’s ultimate couple … with a twist. In this scenario, Sonjay Dutt, then aligned with Lethal (or Black Machismo if you prefer) also had feelings for Val, and ultimately, the red-haired siren sided with the Guru.

Though her appearances in storylines on TV have diminished since then, and there appears to be no agenda to bring her into an angle, Val tells SLAM! Wrestling that her career in TNA has only gotten busier.

“If there has been talk, I haven’t really heard that there have been any plans to bring me back in that way,” she says. “All the time when I go to signings, people say ‘are you still with TNA?’ and I have to laugh because the funniest part of it is I feel like I am twice as busy as I was before.”

She comments that the concept may seem foreign to some fans, but instead of being a talent who, as she points out, may come to show only to do a match and possibly a pre-tape, her time is much more hectic, especially when you consider that the Val has become one of the most photographed women in all of TNA.

“It’s not really a requirement to do a photoshoot, but that’s what got me seen before I was even on TV,” Val says of her willingness to be shot. “Being a ring girl, I did so many photoshoots (with TNA photographer Lee South) and he is so for doing them.”

Though Val doesn’t appear often on Impact (she has most often been seen in the background of shots), she has been heavily involved in a number of other aspects of TNA’s public eye, including on its secondary show and on its website.

“There’s so much on the Internet that I’ve been doing, I’m ring-announcing now for Xplosion, which is more of a popular show in the UK, I do a lot of commercials for the TNA site which is talking about our live event house shows… I have all these things up in the air,” she says.

And in truth, Val probably wouldn’t have it any other way. As the wrestling business has seen time and time again, when a manager, a role which has always been Val’s focus, loses their protégé, they are often dismissed; it’s a fate that could have befallen her.

“I don’t want to say there isn’t longevity in it, but there kind of is not. With the release of Sonjay Dutt, people were even surprised that I was still kept around. If the wrestler you manage is let go, what happens to you?” she questions. “Well, the good thing is I was able to parlay that into doing so many other things. I can be a ‘Jane of all trades’ — do anything they really need.”

And indeed that is what Val has become. Between hosting webshows, doing autograph signings and the other jobs she’s taken on for the company, Val has virtually done it all in TNA when called upon.

Which begs the question, will TNA fans see her wrestle soon?

“I’ve never been interested in becoming a wrestler, per se,” she admits, “but other than that, it’s quite another thing to be an interviewer or host or something like that. It sounds so easy and it looks so easy, but there are so many aspects to that that are just really about experience, so I’m really happy to get that.”