The Funks, Harts, DiBiase’s, Hennigs were all great pro wrestling families. Come this July, their bond will be further strengthened by the induction of Dory Funk Sr., Bret Hart, Mike DiBiase and Larry Hennig into the George Tragos/Lou Thesz Professional Wrestling Hall of Fame. 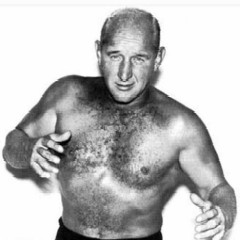 “This is our ninth class and will be another great one,” said Mike Chapman, executive director of Newton, Iowa’s International Wrestling Institute and Museum, in a press release. “Our selection committee has done another outstanding job.”

Each year, the museum inducts three living members and three deceased members. The criteria are a strong impact on the pro game and true wrestling ability, as judged by an amateur background or the consensus opinion of the committee.

Chapman told SLAM! Wrestling that sitting in on the discussions for the next year’s inductees is one of his favorite times on the calendar.

“Our selection committee consists of all living members that want to be involved, and I think all of them do, either by coming to the session and throwing out their opinion, or by sending in their ballot if they can’t make it. I think we had 100% representation again this year. Then we had four historians,” explained Chapman. “The discussions — I wouldn’t call it a debate — the discussion gets pretty lively and pretty interesting, and great respect. I’m pleased to say that in the seven years we’ve been doing this, we’ve only had one time where one person (and I’m not at liberty to say who, of course) stood up and spoke strenuously against one of the candidates.”

Chapman has learned to sit back and listen at the gatherings. “There’s a lot of insights offered, and people really speak from the heart. We encourage them to really say what they believe. The discussions have been very, very entertaining, and, frankly, quite enlightening. I’ve learned a lot.”

He expects almost 100% turnout for the induction ceremonies, set for July 14-15 in Newton. The weekend also includes a Celebrity Golf Tournament, a Night of Legends pro wrestling card and an induction dinner.

All the living inductees — former world champion Bret “The Hitman” Hart, AWA mainstay Larry “The Ax” Hennig and three-time AAU champion and 1968 Olympian Bob Roop — will be coming in for the event.

Chapman said that Ted DiBiase has committed to attending to honor his stepfather, “Iron” Mike DiBiase, who was AAU national heavyweight champ in 1946 and had a long amateur career before turning professional in the early 1950s.

As well, Terry Funk has promised to be there to induct his father, and that Dory Funk Jr. is trying to make arrangements to be there as well. Funk Sr. was a high school state champion in Indiana and wrestled for legendary coach Billy Thom at Indiana University before World War II.

The missing piece, Chapman said, is Tom Jenkins, who was America’s first great wrestling star in the late 1890s and early 1900s. Jenkins held the American championship for nearly eight years and later coached wrestling and boxing at West Point Military Academy for 37 years. Jenkins died in 1957 at age 83 and had one daughter. Chapman and his team are trying to establish whether any grandchildren are around who could accept the honor; a representative from West Point is also a consideration.

The museum is a not-for-profit business. Its mission is to preserve the history of wrestling and present it in a manner that is both educational and entertaining.