Christopher Daniels has been called “the greatest independent wrestler of all time.” A quick look at his wrestling resume, and one would be hard-pressed to argue that he doesn’t deserve the moniker.

He has worn countless titles in various promotions, crisscrossing the world to perform in front of audiences ranging in sizes from the thousands to mere handfuls. And, as he told SLAM! Wrestling at last month’s Blood, Sweat, and Ears show, he has no intention of stopping any time soon. 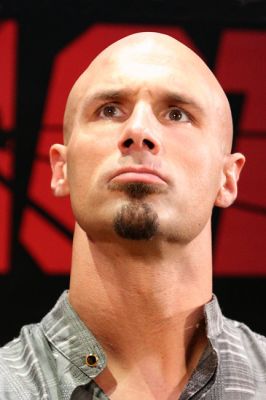 Wrestling on the independent circuit is necessary, he insists, to ensure his skills are always at peak performance.

“If I just wrestled in TNA, as infrequent as that is right now, I’d feel like I would lose a step. I like to wrestle the indies, if only to make sure I keep sharp. Plus, the payoffs are still good.”

Practical reasons aside, “The Fallen Angel” also enjoys the locker room camaraderie associated with the independent scene, both with the local wrestlers trying to make a name for themselves, as well as his more famous peers.

“When I get a chance to work with my friends, like Petey Williams and Chris Sabin, it’s a lot of fun. And (it’s also a good opportunity) to meet the young guys, the guys that are coming up.”

For many of those “young guys,” the ones trying to cut their teeth in the business, having Daniels on the same show offers them a good opportunity to learn from one of the best. While he will offer assistance where he can, though, the veteran is loathe to impose his views on anybody.

“When I get a chance, and see an opportunity to help someone out, I’ll try to talk to them. (But I don’t always get that chance). A lot of times I don’t get to watch all of the other matches on the show. And, of course, I don’t want to come across like I know everything either.”

That said, there certainly were more than a few wrestlers at the Blood, Sweat, and Ears show who asked him for advice. In hopes, no doubt, that one day they, too, might appear alongside Daniels on Spike TV, along with the other stars of TNA Wrestling.

Fortunately for he and his fans, the TNA deal doesn’t preclude Daniels from continuing with his independent dates. Unlike WWE, TNA doesn’t require their stars to wrestle exclusively for the company, and he predicts his moonlighting will continue.

“I don’t think I’ll stop doing the indy stuff. (The TV taping schedule will be) regular, so (I should be able to still) schedule in the independents.”

He’ll continue to do so as long as he’s able, he says, though TNA will still remain his first priority.

“I want my future to be (a successful one with) TNA. As long as they keep giving me the opportunity, I’ll stick with them. People have been saying that TNA has been at the edge, the precipice of great things for the whole time it’s been around (and the TV deal is just the thing to put it over that edge). I see a long future with TNA, and I’ll be there the whole way.”

Daniels, now the longest-reigning X Division Champion in TNA history, is on the TNA pay-per-view Unbreakable this Sunday. He defends his title against “The Samoan Submission Machine” Samoa Joe and “The Phenomenal” AJ Styles.