The modest career of Jerry Brisco

Jerry Brisco is not one to brag about his career. And he’s a little mystified about his induction this weekend into the George Tragos/Lou Thesz Professional Wrestling Hall of Fame.

En route out of Florida (and the approaching Hurricane Dennis) to Newark, NJ for RAW Monday night at the Continental Airlines Arena (aka the Meadowlands), Brisco, 59, took a couple of minutes to talk to SLAM! Wrestling. 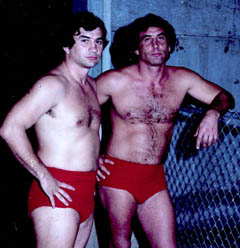 What does the induction into the International Wrestling Hall of Fame mean? “Just a lot of luck, I guess,” he said, crediting the success he had in his long career both as an amateur and as a pro.

Brisco grew up idolizing his big brother Jack, who is five years older, in Blackwell, Oklahoma.

“Jerry was a good kid, but he knew that if he wasn’t he would have to answer to me. Jerry would follow me everywhere and it was my interest in wrestling that led Jerry to the mat and later to the ring,” Jack Brisco wrote in his autobiography, Brisco. “He started wrestling in the fifth grade and took to it as natural as he took to breathing. I would try to make as many of his matches as possible. One early tournament he was in, he wanted to enter as a heavyweight. I told him he was too small to enter in the heavyweight division, but he wouldn’t listen. I was wrestling as a heavyweight at Blackwell High so Jerry wanted to be a heavyweight too.”

Like Jack, Jerry would get a scholarship to Oklahoma State. “I had some success as a freshman at Oklahoma State. I won a couple of AAU tournaments affiliated with Oklahoma State,” said Jerry. “One of my teammates out of that team was J. Robinson, who’s coaching at Minnesota, he was one of my teammates and one of the incoming freshmen the same year I was. I had a couple of studs around me. Fred Fozzard, who went on to become a world champion, was in my weight class and I had trouble getting by him.” (Incidentally, J. Robinson would later coach Brock Lesnar at the University of Minnesota and introduce his old teammate to his next big thing, making Brisco the man who brought Brock to the WWE — the first time.)

Things didn’t roll totally right for Brisco at Oklahoma State, though. He contracted hepititis then suffered a knee injury. “I could tell that my college time was running up. Jack was already in the pros, so I asked him if he’d help me get in. He did, of course.”

In fact, Jerry didn’t even wait until school ended before beginning work — unexpectedly — as a pro.

During spring break in 1968, his brother Jack was in Missouri and a wrestler got hurt. Jerry had messed around with his brother but never had any formal training. “They asked me to work, and I had my first match, kind of an impromptu match, a tag team match with my brother,” recalled Jerry. “Of course, back in those days, you had to work a singles match too. I worked with Wally von Stroheim and gave him an ear; he still walks around telling everybody in my first match I gave him a cauliflower ear.”

For the next while, he worked spots around Oklahoma before hitting the road for good. Jerry would find lots of success as a 6-foot wrestler, usually working in the 217-220 pound range.

Brisco also takes great pride in being able to keep up with the greats early in his career – “My first-hour match ever, with Dory Funk Jr., in a sold-out Greensboro Coliseum in 1970, just a couple of years in the business.”

“Throughout his career, Jerry was always being compared with me and having to deal with being in the shadow of his older brother. It never seemed to bother him as he forged his own way on the mat and later in the ring. He was a three-time state runner-up in high school and did well at Oklahoma State, but fell short of winning the national championship. He became a star in the ring in his own right and won more than his share of titles, including the world junior heavyweight championship,” wrote Jack in his autobiography. “When asked about being compared to me, Jerry would always say it was always a great honour to be mentioned in the same breath as his old brother and even more of an honour to have me as a brother and as a friend. As much as I appreciate what he says, I believe that he has it backwards. The honour is mine.”

“Probably my favourite title was being able to cap off my career and win the world tag team titles with my brother Jack,” Jerry said, referring to their toppling the much-beloved tandem of Ricky Steamboat and Jay Youngblood after a subtle heel turn in 1983

“This diabolical duo has undergone a transition not unlike that of Dr. Jekyll into Mr. Hyde. Once cheered and respected by everyone, Jack and Jerry Brisco are now two of the most despised individuals in the wrestling world,” wrote Bert Randolph Sugar and George Napolitano in The Pictorial History of Wrestling: The Good, The Bad, and The Ugly. “The Briscos’ battles with Ricky Steamboat and Jay Youngblood contributed greatly to their reputations as bad guys. In one of their matches, Youngblood delivered a tomahawk chop to Jack. Jack fell hard, landing right on Steamboat’s leg. Steamboat was in such pain that the bout was called. The fans blamed the Briscos for purposely injuring Steamboat and never forgave their favourite tag team. From then on the Briscos were despised and jeered.”

Both Briscos knew that they were almost at the end of their run as professional wrestlers, and enjoyed the time together. “Throughout our careers, Jerry and I teamed up on occasion, so we got together, talked about it, and both decided we wanted to finish our career together as a tag team,” wrote Jack Brisco. “I couldn’t think of a better way to leave the ring than with my brother as a partner. We called Jim Crockett in Charlotte and worked out a deal and within a few weeks headed to North Carolina. I had planned to stay there for about six months. Things went so well, I was there for more than two years.”

What many fans forget is that Jack and Jerry Brisco had a brief run in the WWF in 1984, after selling their shares in Georgia Championship Wrestling to Vince McMahon. “I didn’t really even want to go,” Jack Brisco once told SLAM! Wrestling. “My brother Jerry wanted to give it one more shot and he wanted to work that territory. I had worked there before — just doing shots, I never worked the territory. But Jerry wanted to do it real bad, so I just went back to please him.” 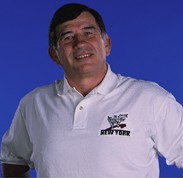 Jack ended up giving up the business altogether, walking away abruptly and returning home to Florida. Jerry soldiers on for the WWE today as a road agent, dealing with talent town to town.

He was given a lot of screen time in 1999-2001 as the Mr. McMahon character was played to the hilt, accompanied by his “stooges” Gerald Brisco and Pat Patterson. It meant a lot of publicity for the Brisco Brothers Body Shop, which the brothers opened in the mid-’70s with their brother Bill.

Jerry laughs at the memories. “I was Gerald Brisco, came to Florida and was Jerry Brisco. Then the whole deal in the WWE, I became Gerald again. It went full circle.” He even had two Hardcore title wins. “It was a lot of fun … That’s an old man’s dream right there.”