PS2’s Smackdown! vs Raw not quite a hit

The latest, and possible last THQ video game release for WWE has set video game consoles on fire, as Smackdown! vs. Raw invades PS2 consoles across the world. 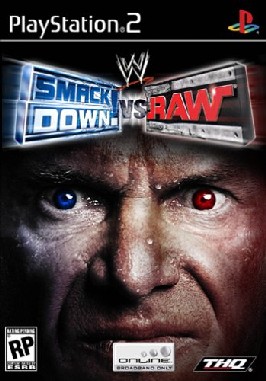 The newest title in the Smackdown series looked quite promising from the preview information and commercials, despite Stacy Kiebler and Torrie Wilson. There are a lot of new features in the game and a bunch of changes from the last title, Here Comes the Pain, so let’s look at each, and we’ll rate the game based on a plus, minus, or equal scale for each feature.

So when we total up the points, there’s five plusses, three minuses and one equal. Not entirely a good score, but it could be a lot worse.

When you look at the game as a whole, there is a lot to like about Smackdown! vs. Raw, but ultimately the question is as it is every year -– is it worth buying the new game when the older game is already in your collection or can be had for a cheaper price? In this case, there’s enough reasonable doubt that an immediate purchase can be held off, though ignoring the game completely is not necessary. Best bet is to pick this one up for a weekend of trying before buying.