Big Anthony’s gets a facelift 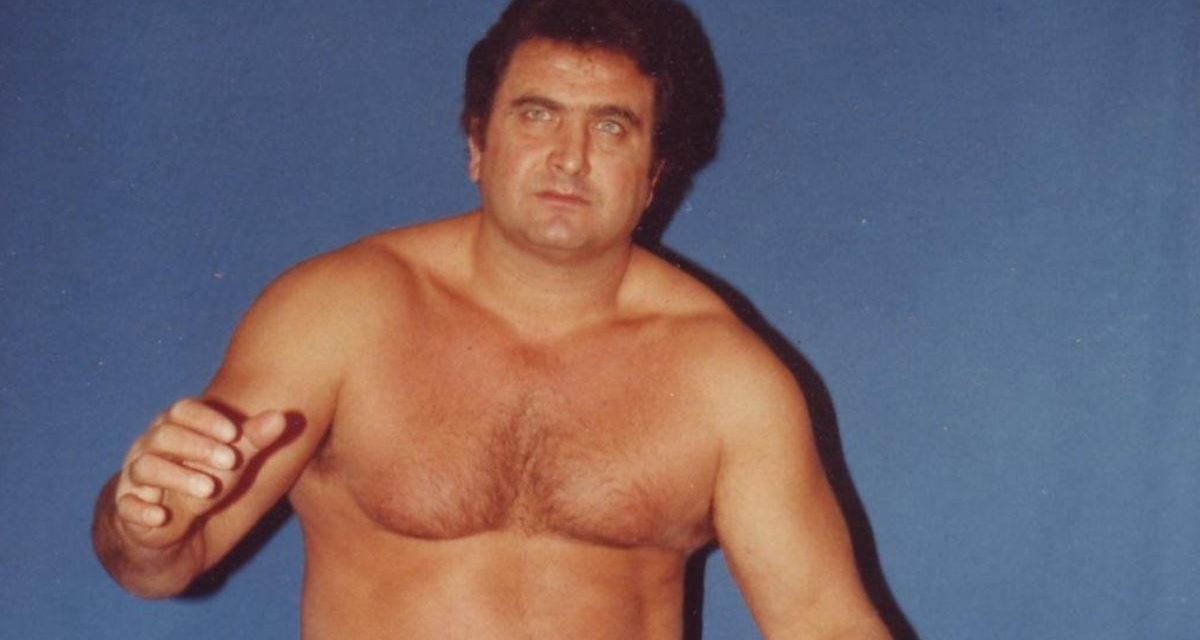 NIAGARA FALLS, ONT – Tourist season is upon the honeymoon capital of the world and that means the annual pilgrimage of visitors from all over will descend upon this city to take in the diverse attractions to be had.

They will also bring hungry stomachs and for those traversing the bustling downtown core, a landmark restaurant is waiting to greet them, boasting a brand new look in tow. 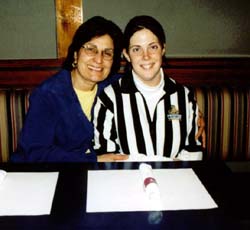 Clara Parisi (left) and her daughter Ida are all set to greet patrons to their newly renovated restaurant, Big Anthony’s, in Niagara Falls, Ontario. Photo by Corey David Lacroix

The place is Big Anthony’s, owned by the family of the late Canadian wrestling legend Tony “Cannonball” Parisi. Over the years it has become a favorite dining spot for not just locals and tourists, but among wrestling aficionados.

Over that past winter season, members of the Parisi family have busily renovated their establishment and in doing so, are now presenting an atmosphere of renewed warmth and hospitality.

“I’m doing it more for Tony,” Clara Parisi told SLAM! Wrestling, mentioning that both she and her late husband had planned to change the look of the restaurant. “Just before he passed away, we were going to do it (renovate) and continue the business. We worked hard at it.”

The overall effort is a complete makeover for Big Anthony’s, with an inviting maroon coat on the walls, which only punctuates the varnished wooden interior frames. A new floor and bar were also part of the changes to the inside, with cozy booths and an enclosed, quaint banquet room located in the back. Exterior renovations were also done, adding a bold new presence to the busy Victoria Avenue business scene. 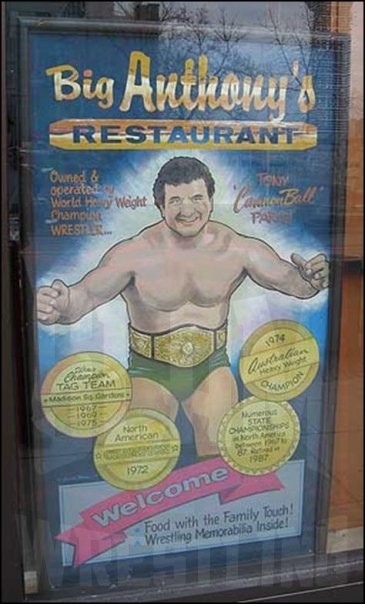 What has not changed, though, is the impressive pictorial collection of professional wrestling history, displayed proudly on the walls, making Big Anthony’s a must pilgrimage for grappling fans. In fact, many of the pictures were re-inserted into frames made by the Cannonball himself.

“He (Tony) was a good carpenter; he loved to do things like that. He had a passion for building and fixing things,” his widow said.

In fact, the Parisis are going the extra mile for wrestling fans who journey to their place of business, by adding a merchandise boutique at the front of the restaurant, offering Big Anthony’s souvenirs.

“I figured everyone else in this town makes money off souvenirs so why shouldn’t we,” Clara said jokingly. “It’s not the money, it’s more the memories.”

The featured logo for those souvenirs will of course be the likeness of Tony Parisi, compliments of the couples’ daughter, Ida.

“My daughter remembers her dad with this beautiful smile,” Clara said. “My husband was a fun person and with our logo, she (Ida) wanted to capture that fun person that he was. It turned out very nice and we’re very proud of it. It’s going to work out nice.” 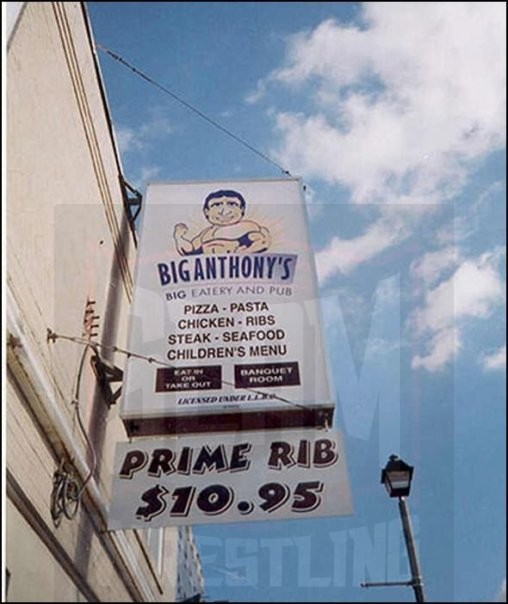 The signage for Big Anthony’s Restaurant in Niagara Falls, Ontario.

For Ida, who works along side her mother at the restaurant and at the family’s attached motel, The Niagara Family Inn, the recent effort to bring about a new look has only reinforced her passion for working at Big Anthony’s, starting when she was only eight years old, working the cash register.

“I’ve been doing this my whole life,” said Ida. “I can’t picture doing anything else. I love doing this, it’s fun. The only thing missing is my dad.”

Ida took on numerous tasks herself with the recent overhauls, which included selecting color schemes, painting, redesigning the bar and other general duties. One of her more creative endeavors, and of special interest to wrestling fans, will be the condiments located on the tables, held within a miniature wrestling ring, ropes included.

“They’re really cute and they’ll be available for sale too,” said Ida, adding that she would also like to add televisions to the restaurant, showing classic pro wrestling era matches.

But the good times have also mixed with challenges that come with running a business, especially in the Niagara Falls region which relies so heavily on tourist traffic. From the early days of paying off the high interest rate loan needed to start their venture, to recent slumps in visitors after the tragedy of 9/11.

If that is not enough pressure, so too have the Parisis contended with offers to buy them out.

“Even last summer, people came up to us to see if we wanted to sell. There are people who do want to buy the area. We could sell the place and turn it into money, but then there would be no fun,” Clara said, explaining that what keeps the Parisis anchored to their restaurant is without question the fond memories they have of Tony. “You just can’t throw that away. We’ve been here 25 years; we built it up as a family restaurant.”

While the Parisis have no shortage of grand memories to look back on, they are blazing forward with making new ones. In the case of Ida, it will be her upcoming wedding this fall, where she will be given away by none other than her late father’s tag team partner and best friend, Gino Brito.

“He’s amazing and he reminds me so much of my dad,” added Ida, who fondly refers to him as Uncle Gino. “The wedding is going to be pretty traditional and I always wanted my mom watching me walk down the isle,” Ida said.

“My daughter asked Gino if he would give her the honor of walking her down the isle,” added Clara. “Gino is just wonderful. He was so close to Tony and looks so much like him.”

UPDATE, AUG. 2020: Big Anthony’s Restaurant is now closed, as is the motel.