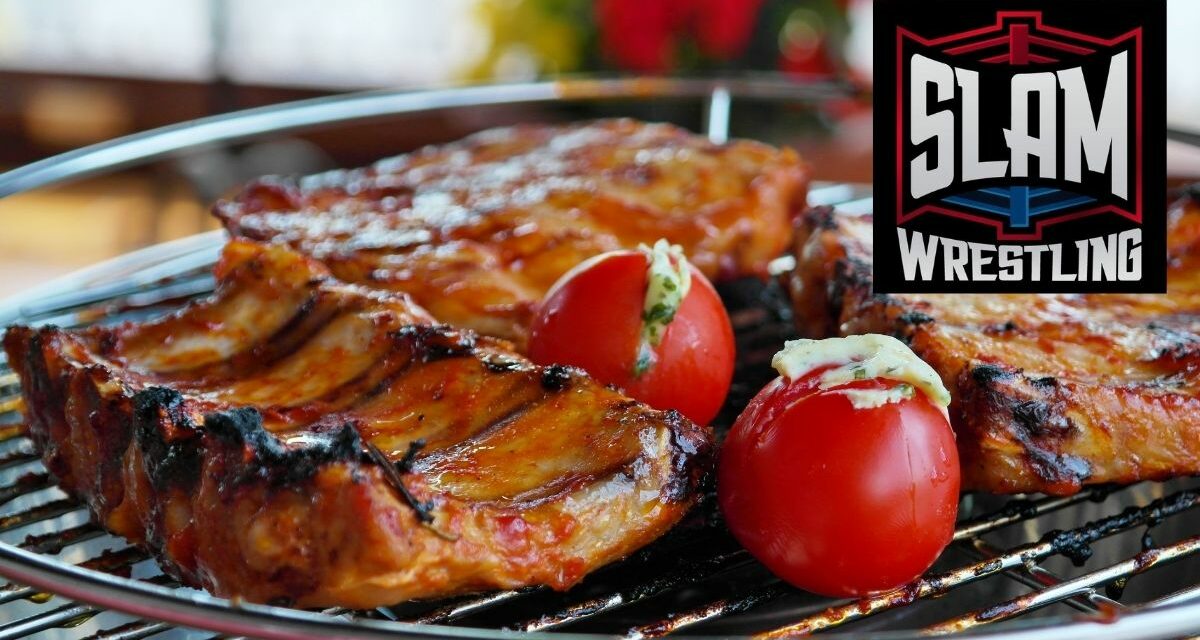 The life of a professional wrestler can be quite dull at times. As frequent flyer miles rack up and wrestlers spend long hours driving and hours in hotels and arenas, they need to find ways to amuse themselves. Some play cards, or watch TV, read, or any of a thousand other things to try and pass the time. However it seems that the #1 past time for many wrestlers is the art form known as the “rib.”

A rib is also called a practical joke, and since the dawn of wrestling, millions of them have been executed. Calling a friend pretending to be a reporter doing a news story and antagonizing them, hiding a fellow wrestler’s gear, doing a “Taker-roonie,” releasing stink bombs, doing subtle tricks in the ring for the amusement of fellow wrestlers, these are just a few of the antics that can take place among the wrestling fraternity.

A number of hilarious rib stories can be found in Mick Foley’s bestsellers Have A Nice Day and Foley Is Good And The Real World Is Fake Than Wrestling. For example, there is the tale of Foley and Steve Austin slowly torturing Diamond Dallas Page, finally breaking him by crumbling up cookies in his bed. The “Legend of the Penis Suplex” from Montreal involving Al Snow and Bob Holly is disturbingly funny, convincing Blue Meanie that Britney Spears had left a message on Mick’s cell phone elicits a chuckle, and you can’t help but laugh at the lengthy story from Las Vegas, in which The Rock, Austin and Foley took turns bastardizing The Godfather’s catchphrase, culminating in Foley saying “Rock, you are always talking about monkeys, which you know are part of the primate group, as is the chimpanzee. And everyone knows … Chimpin’ ain’t easy.” At that point, everyone in the ring pretty much lost their composure and were openly laughing.

In Have A Nice Day Foley reflects on his “classic” hardcore matches with Owen Hart, with Steve Austin as “Special Guest Enforcer.” Determined to crack the Texas Rattlesnake, they succeeded when Owen was knocked down by a bag of popcorn, and proceeded to wave his arms and legs around, creating a popcorn angel. 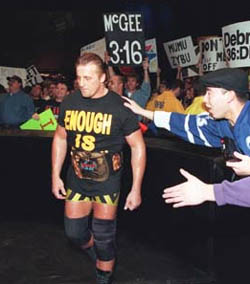 Enough was never enough as far as ribs went for Owen Hart.

When wrestlers talk about brilliant ribbers, Owen Hart’s name is one of the first ones on people’s lips. Hart and brother-in-law “The British Bulldog” Davey Boy Smith built a reputation on their good-hearted jokes. Often times when something happened, other wrestlers would roll their eyes and groan “It’s Owen.”

In an interview with the Wrestling Observer newsletter, Smith told a story about a rib involving Lex Luger and the police.

“We were in Virginia and there were some plain clothes police officers there and I had a water gun. I was shooting water at them and they were getting really mad. They approached me and asked who was doing it? I said Lex Luger. They said we would like to get him. I told them that he’s driving the car tonight back to the hotel, why don’t you try to follow us? Lex is notorious for driving through stop signs and red lights. That night he was driving real good, so I yanked the wheel out of his hands and he was like, ‘What are you doing?’ the police then sped up behind us in a ghost car. I told Lex it was Shawn Michaels and he was trying to race us. So, he drove faster. Now the police were getting really mad. The cops put a light on the roof and Lex says, ‘Davey, it’s the police.’ It was me and Lex in the front and Owen in the back. I had put the water pistol in Lex’s sweat pants and he didn’t know it. The police pulled us over. After taking his license and registration, the police walked back toward their car. I yelled at the police, ‘Blow it out your ass!’ The cop turned around, immediately, walked back to our car, and told Lex to get out of the car. Lex said, ‘It wasn’t me. It wasn’t me.’ The officer looked in the back seat and asked Owen who said that? Owen sheepishly points and say it was Lex Luger. The police officer takes Lex out of the car, spreads his arms and legs, and pats him down and says, ‘He’s got a gun!’ I go to get out of the car to tell the police that the rib has gone far enough and then Lex says, ‘Please, Davey, get in the car, you are making things worse.’ This wasn’t far from the arena, and there were a bunch of wrestling fans and even Vince McMahon in his limo saw it all going down.”

Smith and Hart weren’t always a team however. Once Hart roused a dozing Bulldog and had him ask a scarecrow for directions.

In his new book Chair Shots And Other Obstacles Bobby “The Brain” Heenan refers to former wrestler and manager Mr. Fuji as a “hell of a ribber” who would put padlocks through the other wrestlers belt loops or button holes on their suit jackets. He also regales a story about Fuji trapping an old woman in the bathroom with a coke machine and then running off. The only reason they found the screaming woman was because her wireless microphone was still on.

It’s not just the WWE where wrestlers play pranks. The travel and weariness happens on the independent circuit.

Stampede Wrestling’s Apocalypse has been accused of having a rather twisted sense of humor, and that played out a few years ago at a show promoted in Campbell River, BC, the hometown of fellow Stampede and New Japan star Dave Swift.

“My good friend Apocalypse, who was my opponent for the night, decided to mess with my gear. I would’ve never thought him to do something like that to me but he orchestrated the whole charade,” said Swift. “I was nervous to wrestle in my hometown and was pretty stressed, so when I went to put my boots on before the match I found out someone had filled them with shaving cream. Man I snapped I started screaming and yelling at everyone except Apoc. What a sneaky bastard. I had to apologize to everyone after for blowing my top.”

That isn’t nearly as despicable as the actions of Juggernaut, who along with Dr. Luther have a reputation for taking any opportunity they can to pull a rib, once taped a new referee to a telephone pole and left him there for five hours.

To many, being ribbed is considered an honor. Often it means acceptance by fellow wrestlers. Most times ribs are meant to be lighthearted, although there have been ribs that have gone to far or been considered cruel. When done right, however, it truly is an art form, and a tradition that will continue on for generations of wrestlers to come.