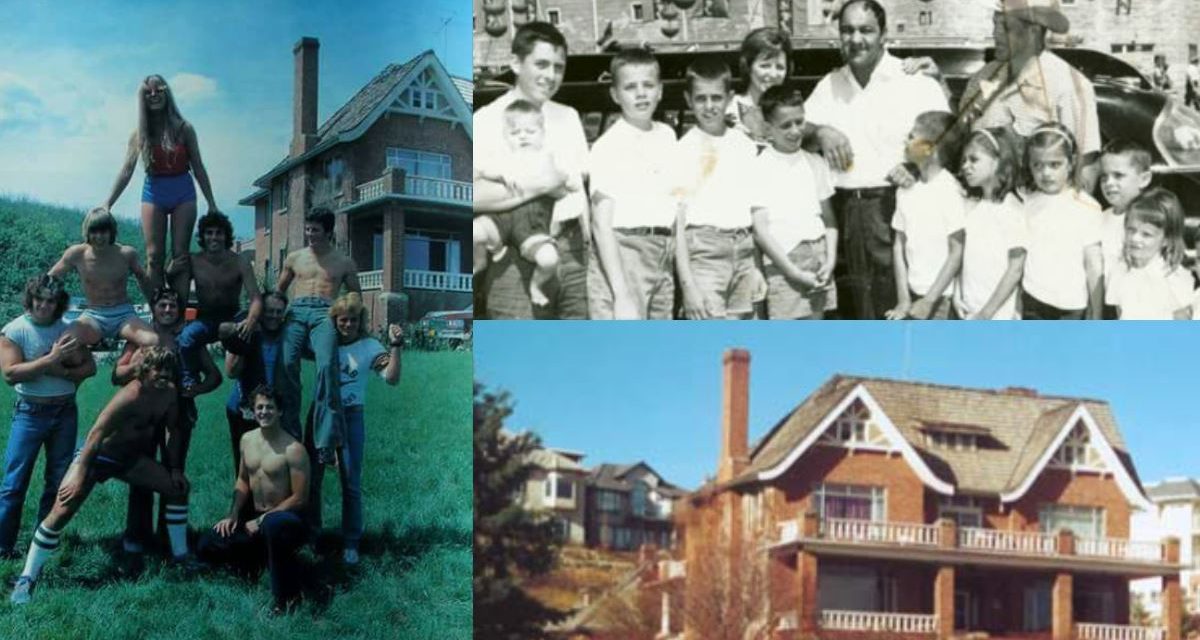 The wrestling world is buzzing after the bizarre unprofessional behavior of Ted Hart on the November 1 Ring of Honor show in Elizabeth, New Jersey.

Fans were reportedly blown away by the “Scramble Cage Match” featuring Teddy teaming up with former Mat Rats star Jack Evans as “The Hart Foundation 2003.” Also in the match was the SAT, Jose and Joel Maximo, Hydro & Angel Dust of Special K, The Carnage Crew Loc and Devito, and winners Trent Acid and Johnny Kashmere, The Backseat Boyz. 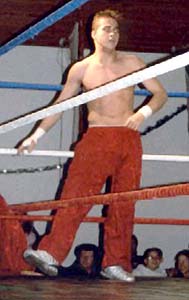 Evans especially impressed fans, who say he seemingly “nearly died about 30 times” with his high flying moves, including a moonsault from the top of the cage to the floor that had two full rotations before impact.

After the match, Ted stopped selling the moves, climbed the cage, and took out Special K with a twisting moonsault. Reports say The Carnage Crew found this disrespectful to the winning team, and beat down Ted with straps to make him sell. When they had left ringside he proceeded to do two more moonsaults off the cage to a standing position before vomiting repeatedly. His partner had left ringside before this, and many hope that Evans will not be affected and return to ROH, and management has said that he will.

“That is incredibly unprofessional behavior,” one worker who wished to remain anonymous told SLAM! Wrestling. “Ted can get carried away sometimes, but for him to act like that really comes as a surprise.”

ROH is one of the most well known companies in North America, considered by many to be only behind NWA-TNA and WWE. ROH and TNA have a lot of crossover talent.

“What Ted doesn’t seem to realize is he is hurting his reputation with guys who work for a lot of promotions. For example, AJ Styles and Christopher Daniels both work for ROH, TNA, and the tour of Hawaii that is coming up early next year that Ted is scheduled for, as well as a ton of other places. These guys are pretty established, they won’t work with someone, and will tell a promoter not to book a guy who behaves like that,” the source concluded.

1wrestling.com is reporting that Hart was fired from the promotion, and tossed from the arena, bags and all. According to the site, several workers were prevented from running to the ring from the back to stop him, and when Hart returned backstage, the Carnage Crew and several others were angry and wanted to go after him for being “a glory hound” as one worker put it, but were stopped by ROH management.

Many wrestlers in the past, such as Steve Corino, have commented about their dislike of Hart, and a number of wrestlers were against his appearing in the first place in October. Reports have come from a number of sources that Hart comes across as arrogant backstage at shows, and has made few friends. The feeling from ROH management is that there was no way Hart could be brought back without enraging the locker room.

Gabe Sapolsky. who along with Rob Fienstien promotes ROH, appeared on the Wrestling Observer live show on November 2, and commented on the situation. “The match itself was perfect, but something snapped in Ted and he started doing one flip after another, and that angered the locker room.”

Sapolsky commented that he had no personal animosity towards Hart. “Teddy gets a bad rap, but he is really a good guy and his heart is in the right place. ”

As to what happened backstage, he gave details on his conversation with Ted. “I pulled him aside backstage and started losing my temper, explaining why what he did was wrong. Jim Cornette came over and calmed me down, and sat down with Teddy and me and started giving this unbelievable speech as only Cornette can. He explained how he had the crowd and killed it with what he did and they were about to turn on him. Teddy got up and left, and he still didn’t get it.”

Many feel that this is the final nail in the coffin of Hart’s career. TNA officials have shown no interest in bringing him in again despite his amazing performance in their “Super X Cup” tournament in September. Hart was the youngest person ever signed to a WWF Developmental Contract in 1998, and trained alongside a number of current WWE stars in the “Funkin Dojo” but was released due to “Attitude Problems.”

Fans of Hart are upset that despite his abundance of talent, he has been unable to keep his issues in check, and it prevents him from succeeding despite his in ring abilities. Both the Stampede Wrestling and Ring of Honor boards have been flooded with both pro and anti Ted sentiments since Saturday night, with most feeling that Ted was incredible in the ring, but made a huge error in upstaging the match.