A Bad Dog aimed at kids 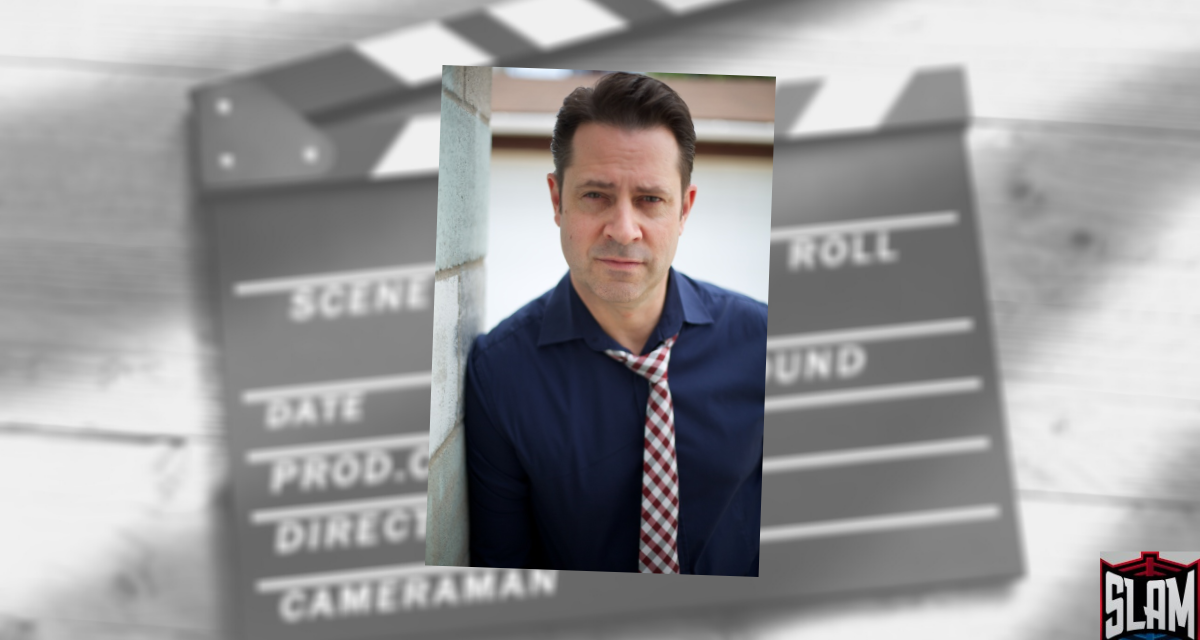 Ever had a hankering to see a big tough pro wrestler battle a stuffed bear? How about taking on a glass of juice or trying to subdue a skateboard? No? Well, you’re obviously not in the 9-to-12-year-old age bracket that Bad Dog Tremblay is tackling with his wrestling segments on the CBC after-school show, The X.

A loving riff on the legendary Mad Dog and Butcher Vachon, Bad Dog Tremblay is the creation of Toronto actor David J. MacNeil.

Growing up in Ottawa, he loved catching pro wrestling and the Vachon Brothers stood out in his memory years later. “I was trying to pitch a whole comedy series based on a bunch of different characters that lived in a town called Waterford,” MacNeil told Slam Wrestling. “One of the characters I came up with was this character, Bad Dog, who owns his own gym in town. The character was loosely based on the Vachon Brothers.”

He polished the character over the years, even if the comedy series never got off the ground. MacNeil even took his Bad Dog character to WrestleMania XVIII in Toronto in an effort to boost his portfolio. “I got a really good response from adults who right away recognized the link, and they thought that was pretty cool.”

Fast forward another year, and a producer familiar with MacNeil and his character asked if he’d like to be a part of a new after-school show on the CBC, called The X. The show itself would contain a wide variety of segments and characters, designed to attract a 9-to-12-year-old demographic.

So far, MacNeil has taped about 20 segments of Bad Dog Tremblay battling various opponents, each averaging just 2-3 minutes. The first couple of opponents were ideas generated in-house, but the selection of foes has since been turned over to the kids who watch. “From what I’m to understand, they’ve been getting a lot of emails from kids suggesting stuff. I probably won’t find out about the more bizarre suggestions until I actually get into the studio next time, and we take a look at the requests,” he said. It’s all part of the show’s fictional wrestling promotion, the WWX.

Bad Dog has fought a skateboard, a stuffed animal, a remote-controlled truck, a computer monitor, a chocolate bar, a bottle of orange juice. “They’re pretty straightforward, pretty chaotic, goofy stuff,” said MacNeil, who is 33. “They’re just fun clips, it’s just like a frenzy of energy, just something fun for the kids to watch after school when they get home and unwind like everybody else.” 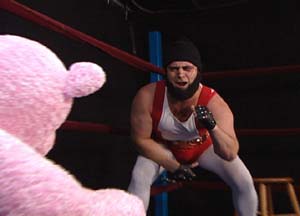 MacNeil’s favourite so far? “There’s one coming out soon where I fight myself. … [Bad Dog] ends up hitting his head on his stool in the corner of the ring and he gets knocked out. When he comes up, his vision is all whacked, but he can see himself in the ring. We ended up shooting two different versions, blocking off a camera, and in essence, I’m fighting myself.”

It takes a lot of energy to do the character, and MacNeil admits that after a day of taping, he hardly knows how many segments they taped — but it sure was fun. “I think he’s a fantastic character, and for a lot of different reasons. I think he appeals to the kids because it’s a wild and crazy sketch. He’s a really spontaneous character. It’s bigger life kind of stuff and the kids like that.”

It is obvious to an adult that MacNeil has done his homework on the tough guy, French Canadian accent and mannerisms. “I grew up in a house that was half Anglo, half French-Canadian. I went to French schools until I was in Grade 10. So tapping into the whole French Canadian character is pretty easy for me,” he said. MacNeil graduated from the University of Ottawa, having studied Communications and Theatre. From there, he enrolled in broadcasting at Algonquin College, and graduated in 1995. One of his classmates there was the now infamous Tom Green; “He’s done well for himself.” MacNeil has been in Toronto for eight years, acting, writing and freelance broadcasting for TVO in the promotional department.

Knowing a little about promotion, before the Bad Dog Tremblay skits hit the airwaves he set out to warn the Vachon Brothers themselves. “Before it was launched, I tried to find either one of the brothers on the ‘Net, and I found Paul’s site, Butcher’s site, and sent him an email,” MacNeil explained. “I said, ‘Hey, I’ve been working on this character. CBC wants to air it. I just thought I’d drop you a line and tell you about it.’ He responded right away and said that was neat, would I be interested in swapping links to get a little bit of traffic going to each other’s sites. That kind of thing. He was good enough to send me pictures and stuff. Beyond that, I don’t know him very well. But he was very cool about the whole thing.”

But the man behind Bad Dog Tremblay has no illusions about becoming a real pro wrestler. “I recognize that these guys are pretty talented individuals. I certainly, at this point, don’t possess any of those talents! We keep the camera pretty tight and I do stuff in a pretty controlled environment when we do shoot.”