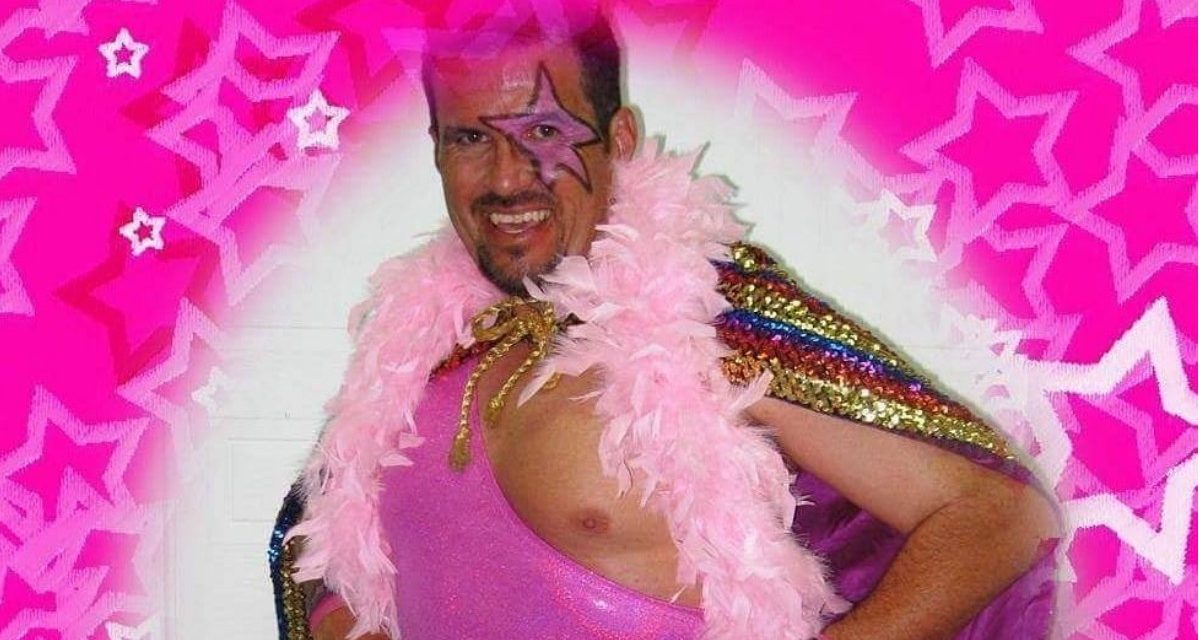 It’s been seven years since Rocky Della Serra was in the ring. Friday night in Vancouver, he returns to action, slimmer and in better shape than ever to battle an old foe: ‘Gorgeous’ Michelle Starr.

The bout is being billed as a Legends of the Pacific Northwest Match by ECCW. Della Serra is excited about the chance to compete again.

“If I’m going to make a little return, try and get in the ring and have a few matches, I think this is going to be the right time. I’m 44. I think I can still get in there and do a little something,” he told SLAM! Wrestling from his New Westminster, B.C. home. “My experience and the all-around conditioning is there. Actually, I’m probably in better shape now than I was when I was working, but I’m not in wrestling shape. So I don’t know how much punishment I can take out there as far as falls and stuff. I don’t know how good I’ll be there. But with my experience, I think compared to some of these other guys who have spectacular moves, but that’s all they’re doing out there. They’re not working the crowd. … Sometimes you’ve got to go back to basics, the good old style wrestling. It’ll probably be something different on the card.”

The Montreal-born Della Serra broke into wrestling in the late 1970s in Germany, following in the footsteps of his older brother Bob.

He first met his opponent, Michelle Starr, in Al Tomko’s All-Star Wrestling promotion in B.C. in 1988. “I’ve known Mark, Michelle Starr, pretty well since he was starting out in the business. I think I taught him a little bit myself. When he first got here to Vancouver, he was pretty much a little bit green, but you could see that he had the potential,” Della Serra said. “Anybody knows who’s followed wrestling here, say seven years ago and so on, me and Michelle Starr always had a great rivalry here, especially when he started going under Michelle Starr and that gimmick started taking off — which he does pretty well and gets a lot of heat. We’ve had a lot of feuds and there’s definitely no lost love.” In the early 1990s, the two had “quite a few hard fought matches, cage matches, you name it, we’ve done it. So there’s definitely a lot of background there. He’s got respect for me, and the fact that he turned out to be a pretty good wrestler, I have respect for him. I think the fans will probably see a pretty good match between the two of us.”

Starr is 35 now, and feels that he’s come a long way over just the last seven years, since he last battled Della Serra. “He’s a well-travelled veteran. He’s been all over: Montreal, Maritimes, Puerto Rico, Germany … he’s a seasoned vet. But since the last time I wrestled him, I’ve been to Japan seven times, South Korea five times, the United Kingdom. Now I’m more of a seasoned vet too. Before, when we were meeting, I was one of the new guys breaking in. Now it’s a different story.”

The old feud resumes Friday night, and the promoters expect at least 350 people out for their first show in Vancouver in more than a year.

The show is at the Croatian Cultural Centre, 3250 Commercial Drive, in Vancouver, and starts at 8 pm. The rest of the lineup is as follows: