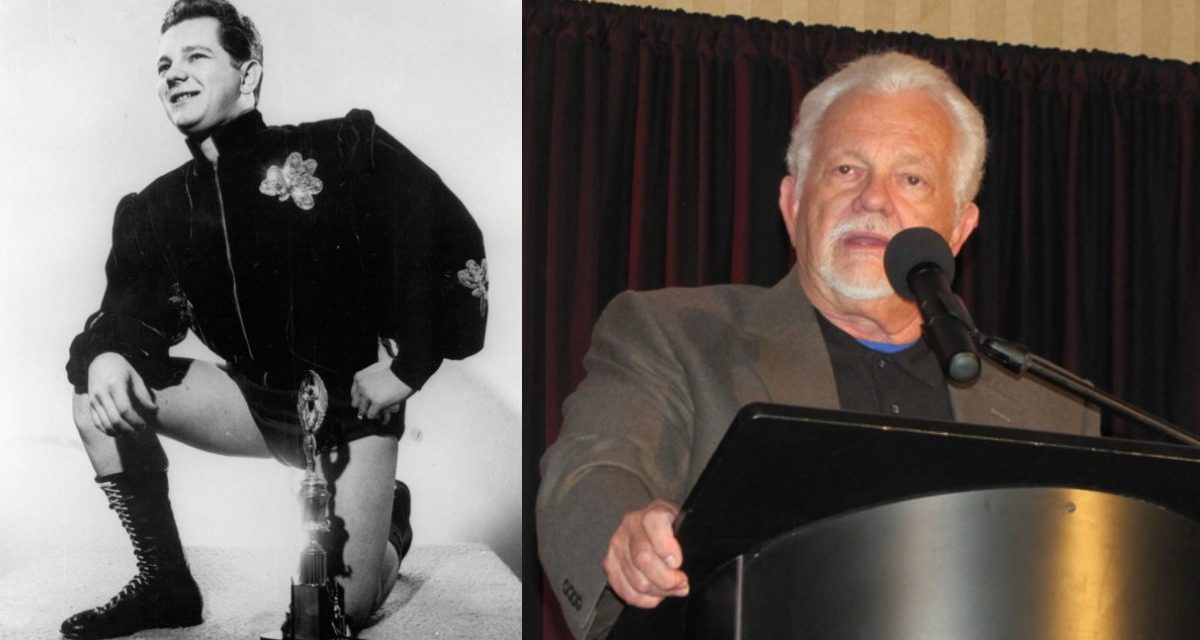 Les Thatcher is a little like a gardener these days. His job in running the Heartland Wrestling Association in Cincinnati is to prune and pamper returning WWF talent, sew new talent, while improving the soil so that the growing can continue.

Thatcher took part in a question and answer session at the 36th annual Cauliflower Alley Club reunion in Las Vegas, and shared some of his experiences running the WWF-sponsored territory.

“I wasn’t sure how the green kids learning and the veterans coming in to shake off the ring rust were going to blend,” Thatcher said. “But, you know, in talking to a lot of the old-timers here the last few days, we’re always talking about tradition, camaraderie. I am very proud to say that guys like Val Venis, D’Lo Brown, Haku, Steve Blackman have come in and worked with us for a couple months at a time.”

The HWA runs a show every Tuesday in their gym, “jam-packed to the walls. It holds no more than 150 people. These guys will go out there on Tuesday night and take some of the developmental wrestlers, some of the green guys, and have a match like its Madison Square Gardens. You give 100%, lead these kids and teach them. I’m so proud that that type of camaraderie is going on in ours.”

Some of that friendship is evident in the very fact that Thatcher was even in Las Vegas. He’s been a member of the CAC for seven years, and wanted to come to a banquet, but had always made excuses. His students chipped in to send him to the convention. “The kids gave [the plane ticket] to me about six weeks ago and said block out of the 7th of February to the 11th. I said, ‘We got some shows planned?’ They said, ‘no, you’re not going to be here.’”

He really loved the reunion. “I hadn’t been here before, but I can guarantee you that I won’t miss another one. I’ve had the greatest time of my life these last couple of days.”

Thatcher, whose real name is Les Malady, was born and raised in Cincinnati. In 1960, he hopped on a bus to Boston to learn at Tony Santos’s wrestling camp. Others at that same camp who went on to make a name for themselves included Like Graham, Rufus R. Jones and Johnny Dupree.

His first match was July 4, 1960 in Maine. “They smartened me up in the car on the way up. I said ‘Okay, so you’ve been kicking my butt for the last four months, and now you tell me its worked?’”

The name Les Thatcher came from promoter Jim Barnett in 1962 in Indianapolis. The name change didn’t matter to the youngster – he was just happy to be working.

It was a tough slog for Thatcher’s first few years. “The first time some veteran said, ‘Hey kid, what’s your opinion?’ I didn’t know I was allowed to have one,” he joked. His first big break came while working for the Crocketts in 1967 in the Mid-Atlantic territory. “That was a great territory and a great tag team territory, which is almost a lost art.”

Canadian fans will know Thatcher from a run in Calgary and as an announcer in the Cormier-run summer-time promotion in Halifax in the early 1970s.

Thatcher hopes that in combination with other WWF developmental promotions, a territorial system might exist again one day. To him, being able to travel from territory to territory “was like going to school all the time. It’s something that the young guys today don’t have that opportunity.”

The Ohio Valley Wrestling promotion run by Jim Cornette and Danny Davis is about 125 miles south of Cincinnati, which makes talent exchanges easier. “We hope to bring back some of the old territory ways, and give the guys a good learning place.”

It is obvious to any observer that Thatcher is proud to be a pro wrestler and is thrilled to be surrounded by so many great. He hopes that his enthusiasm after 40 years in the business helps his students. “We’re real proud to be a part of the WWF farm system or developmental system. Certainly, the one thing that we want to do is teach the kids the great traditions of the guys in this room, the guys in this club, and how to respect this business and carry on its traditions.”