Bronko Nagurski the rare superstar in football and wrestling 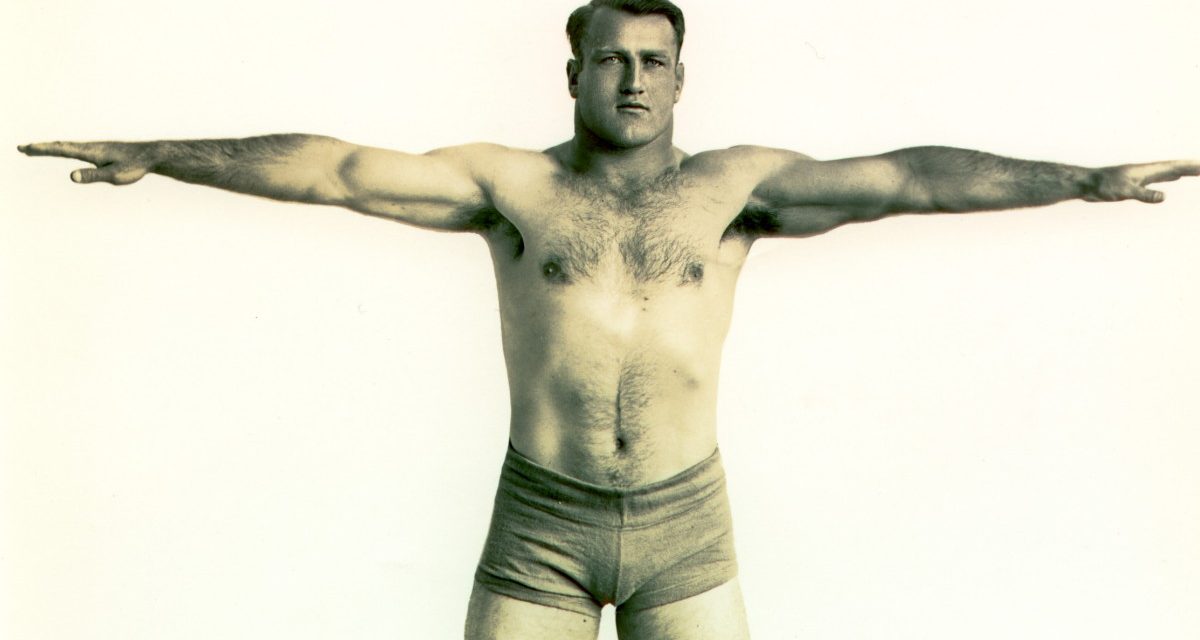 Bronko Nagurski was probably best known for his accomplishments on the football field, but also rose to the top of the wrestling world.

Born in 1908 in the small border town of Rainy River, Ontario, to parents Michael and Amelia Nagurski, the youngster grew up an athlete in Minnesota, having to run four miles each day to school and back to the family farm, where he lived with his parents and three siblings. He loved wrestling and boxing as a teen, but his mother tried to dissuade him, frightened that he might get hurt.

But Bronko wouldn’t be stopped. He was an All-American at the University of Minnesota from 1927 to 1929, and was the only player in U.S. college history to make all-star at two positions — fullback and tackle. In 1930, he was signed by George Halas to the Chicago Bears, and helped the Bears to championships in 1932 and 1933. 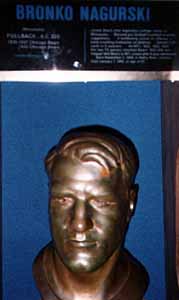 Nagurski’s bust at the Football Hall of Fame.

New York Giants coach Steve Owen once said “The only way to stop him is to shoot him before he leaves the clubhouse” and that “Bronko runs his own interference.”

Another player, Ernie Nevers, once said “Tackling Bronko was like trying to stop a freight train running downhill.”

The tenacity payed off in the wrestling ring too.

For most of his career he was managed / handled by Tony Stecher, brother and manager of former NWA World champion Joe Stecher, and himself a light-weight wrestler. It was Tony Stecher that first got The Bronk to try wrestling in 1933, and Nagurski debuted in February of that year, defeated Tag Tagerson in four minutes. 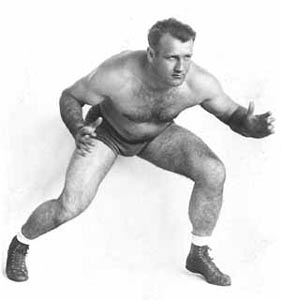 In another version of the world title, he overcame Dean Detton in Minneapolis on June 29, 1937.

In a 1997 interview with SLAM! Wrestling, Stu Hart remembered Nagurski. “He was a pretty big draw. He was pretty tough to bring down in wrestling. He wasn’t that fancy a wrestler either. But he was good enough to be recognized as world’s champion.” 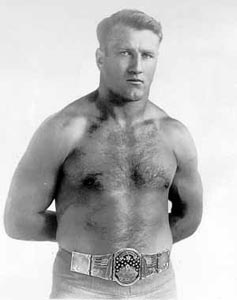 Nagurski retired from wrestling in 1960 a physical wreck, and for the last years of his life, he ran a gas station in International Falls, Minnesota. He died January 8, 1990.

Nagurski married his childhood sweetheart Eileen Kane December 28, 1936 and the couple had a child Christmas Day 1937, who they named after his father. Junior would go on to play eight seasons with the Hamilton Ti-Cats of the Canadian Football League.

I knew Bronk well. I wrestled out of Minneapolis. I think I might have tagged with Bronk once or twice. But Bronk was mainly a solo wrestler. At one time he was recognized as world champion out of Minneapolis. He was a hell of a football player. … He was a Minnesota Gopher All-American in college football. He and Bob Fritz coached the first Grey Cup west in ’35, ’36 in Regina. [Editor’s note: Bob Fritz’ made the Grey Cup as head coach in 1935 and 1937.] They went to school together. They were from International Falls, Minnesota. Bronk had a scholarship at the University of Minnesota and Fritz had one, but he went to Concordia College instead. They were maybe two of the best athletes to come out of Minnesota. Nagurski was a great football player. Then he played for the Chicago Bears and was All-Everything there. He was a pretty big draw. He was pretty tough to bring down in wrestling. He wasn’t that fancy a wrestler either. But he was good enough to be recognized as world’s champion.
Stu Hart from a Nov. 1997 interview with SLAM! Wrestling

Although I was very young to remember, but Bronko was my godfather he was a very caring generous man with a huge heart he could share with everyone. I miss him very much!
SMILNJOLL