RVD ready to be the Whole F’n Show 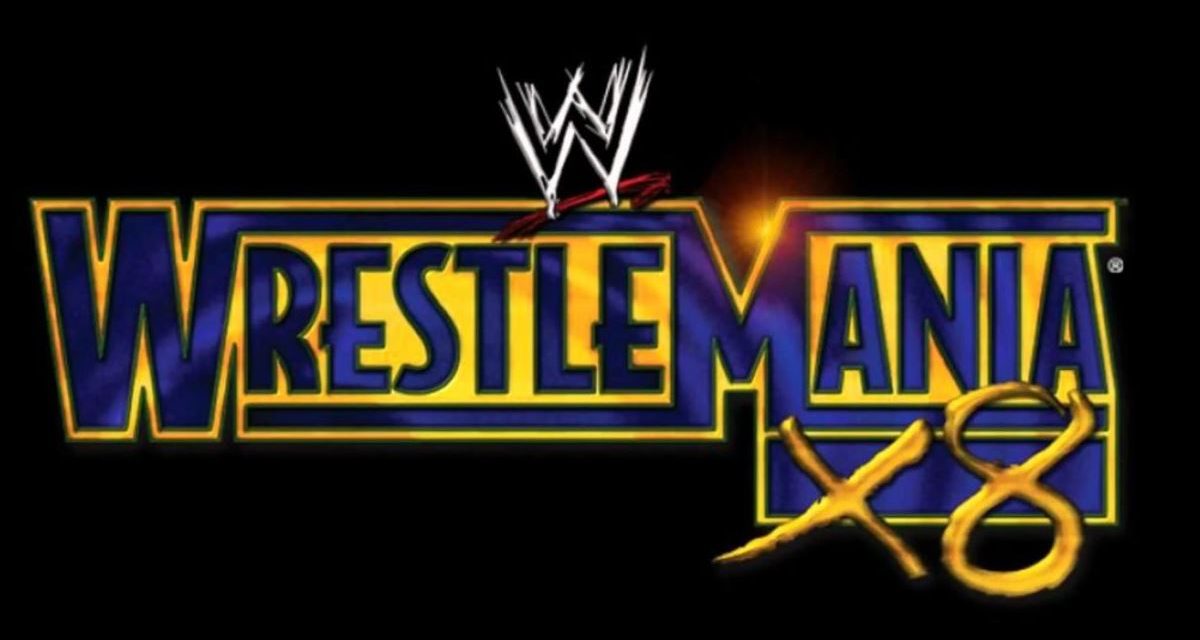 TORONTO – Face it folks, Rob Van Dam is on the cusp of something special, especially following his Smackdown! main event match against Stone Cold Steve Austin.

In a short period of time, Van Dam (Rob Szatkowski), 30, has managed to win over legions of World Wrestling Federation fans, many of whom chanted “RVD” on numerous occasions during WWF television tapings in Toronto this week. The current WWF Hardcore Champion told SLAM! Wrestling about his appreciation for the crowd reaction he has received as of late, whether it makes his contemporaries uncomfortable or not.

“I feel like I’m fighting against the system,” he said. “I’m swimming upstream a little bit, which I’m used to because ever since I first got into the business I felt like I was looked at as a threat, like I was going to change wrestling. I’ve always felt that from other guys. I don’t know if it’s safe to say because of their position, or they just didn’t think that I had any business coming up.”

“Now that I’m here at this level I’m getting all the pops from the fans. I’m not surprised to hear them cheering although as my popularity is growing I am becoming more and more surprised as I’m walking through the curtains and see all those signs. I knew that I was going to see a lot of signs when I had my match with Jeff Hardy at Invasion a while ago, which was my first singles match here. I knew there would be a lot of signs, but every night it seems like the signs are doubling and doubling. Yeah, that surprises me. All the RVD chants, I love it.”

Despite his role as a part of the Alliance faction, Van Dam feels that fans shouldn’t judge him because of his allegiances.

“I’m not the kind of bad guy that hates the fans, that’s the furthest thing from me. I’m guilty by association being a bad guy as a member of the Alliance. The most popular member of the Alliance, of course. I expect those fans to stay with me and I hope they all buy a T-shirt,” he joked.

But will he be a member of the Alliance much longer?

After taking on faction leader Austin on Tuesday night’s edition of Smackdown!, his future in the WWF looks bright whether he remains a member or not.

There is no reason for WWF fans to question Van Dam’s in-ring ability, despite a lack of familiarity with his work. He does not feel the need to do anything out of the ordinary in order to solidify his reputation or get over with the fans.

“I’ve been wrestling professionally since I had first match in ’90,” he said. “Coming in here I felt like they had their formula that they’re used to, their traditional ways and concepts, and a lot of it I don’t really care to take my time and wait for. So when they say ‘wow, you’ve come in and you’re getting cheers after you’ve just appeared here, you’re getting cheers louder than the other wrestlers who’ve spent two years pushing their stuff’, well get used to it because I’m cool with it. Coming up through the other companies they’ve got their traditional ways as well but I feel like I have my own rights and my own opinion of what the fans want to see.”

“I feel like I have a relationship with the fans because I was one. I mean, who wasn’t a fan? I know what I would like to see and that’s what I try to give the fans. I think that every time I have another match on TV someone thinks ‘okay, that’s the line that proved it. Now he proved it.’ At first they’re (saying) ‘wow, you’ve had a couple really good matches on TV.’ Then it was a couple more, and later on they’re going to realize that I don’t have bad matches.”

Van Dam has only begun to dazzle WWF audiences with his actions in and out of the ring, and his statement may be quite valid. One of his best matches since joining them was his battle with Jeff Hardy on Smackdown! two weeks ago which included an amazing ladder spot in which Hardy jumped off of a ladder and missed Van Dam, who was lying on a table only seconds before. Despite the jaw-dropping nature of the conclusion of the match, he does not believe everyone who watched was won over by it.

“My match with Jeff Hardy on Smackdown!, was that the line where they say ‘okay, now he’s solidified’? I don’t know. There are still going to be some people who planned from day one waiting a year before they decided I was going to get over or not. There are some guys in the office who thought that, but pretty soon they’re going to come around, too.”

When Extreme Championship Wrestling declared bankruptcy several months ago, many wrestlers were left to look for new avenues. Van Dam, an ECW mainstay for several years, described the demise as “tragic news” and emphasized how much he enjoyed working for the company.

“I really preferred ECW,” he said. “I preferred its style. I thought it had the best group of boys just for the heart that all the dressing room had. They were all artists, not just workers. They all cared so much about their match and how they were portrayed that they would just go out there a put their whole heart into every match in front of 500 people or 5,000 people. I thought we had a great commentator in Paul Heyman, the man behind the plan. I thought he did a great job, although at one point when I had been in there for a short while I thought of moving on elsewhere. In ’97 I had an offer from WCW and I then I ended up coming here to the WWF for that short little stint. After I made up my mind right then that I was going to stay with ECW, I never wanted to leave.”

Considering the drastic differences in style between the WWF and ECW, he explained how he has had some difficulty in adapting to the tamer in-ring atmosphere.

“Much of it is adaptations I’ve haven’t enjoyed making,” he said. “I don’t look at them as improvements, just necessary adaptations to work this style and I definitely prefer the hardcore style. The WWF hardcore style is nowhere near the tamest ECW match, but at the same time I appreciate having that freedom of being able to go beyond the boundaries of the normal WWF match.”

The impact ECW had on the current state of professional wrestling is immeasurable. Since a good portion of its talent base is a part of the WWF, Van Dam believes it would be a good idea to resurrect its title.

“I hope they do, that would be great,” he said. “I don’t know. I haven’t heard anything from anybody important. I don’t have any reason to believe that is what they are going to do. If you’ve got ECW and WCW and you’ve got the WCW titles, how the hell can you not have the ECW titles? I certainly hope so, and I have a hunch that if they do I know somebody who would represent the Heavyweight Championship extremely well.”

Because of the incredible amount of talent within the WWF locker room, many wrestlers have not been utilized on a regular basis. While many wrestlers could be frustrated by this type of situation, Van Dam believes he will be used to his fullest potential in and out of the ring.

“I get the impression from being in the dressing room that the locker rooms are overstuffed compared to what they’re used to,” he said. “I know a lot of guys are sitting at home. I just saw a bunch of guys this week that I haven’t seen since I’ve been here. I kind of think it’s probably always the case. If you’ve got a smaller card, there’s always some guys that aren’t getting used to their potential and a lot of that is the direction of whoever is in charge of that show. Paul Heyman, for example, has always had an interest in me and if there’s other guys in ECW that aren’t getting equal treatment, well, they weren’t. Unless you had enough agents to pay attention to everybody, then that’s always a problem.”

As a part of the Alliance and the Invasion angle, which has had mixed reaction from many fans, there will be many battles between the two factions. When asked if he believed it would last until WrestleMania 18, he appeared confident in the durability of the storyline.

“I hope so and I believe so,” he said. “I believe it’s going that way. I think that given the circumstances when the Invasion angle was born, it was a great thing. A couple of years ago, there was a Big Two, then ECW came up and it was the Big Three. It was competition. If a wrestler was to leave, quit or get fired from one show, you could see them that same week or the next week pop up on one of those shows. ECW fell out and WCW fell out and then there was just one. It was a great thing to have all three companies all in one because no longer do you have one company trying to imitate ideas or styles or matches from another company. Now you have all of the original players right here. I think it makes for a good product and I can’t see it dying down anytime soon. I know WrestleMania is a little while away, but people are excited about it.”

Van Dam also noted that his wife, Sonya, is recovering nicely from a jet-ski accident she was involved in last year.

“She’s doing good,” he said. “We both got in an accident in which she got injured. It was a couple of years ago, and she’s had to deal with having a broken leg and she’s had some reconstructive surgery so she’s really been through a lot. She’s come a long way, and you wouldn’t really even know she’s been in an accident if you looked at her now.”

Little question remains that the future looks bright for Rob Van Dam as a part of the WWF. He has the ability to become a breakthrough performer over the next few weeks, but will be Mr. Monday Night once again?

“Yes, because I’ve heard Paul Heyman when he’s commentating during my matches refers to me as that very often. I don’t think I ever officially buried it. Call me Mr. Monday Night, call me Mr. Pay-Per-View, or call me the Whole F’n Show.”