John Cozman pounds away as Principal 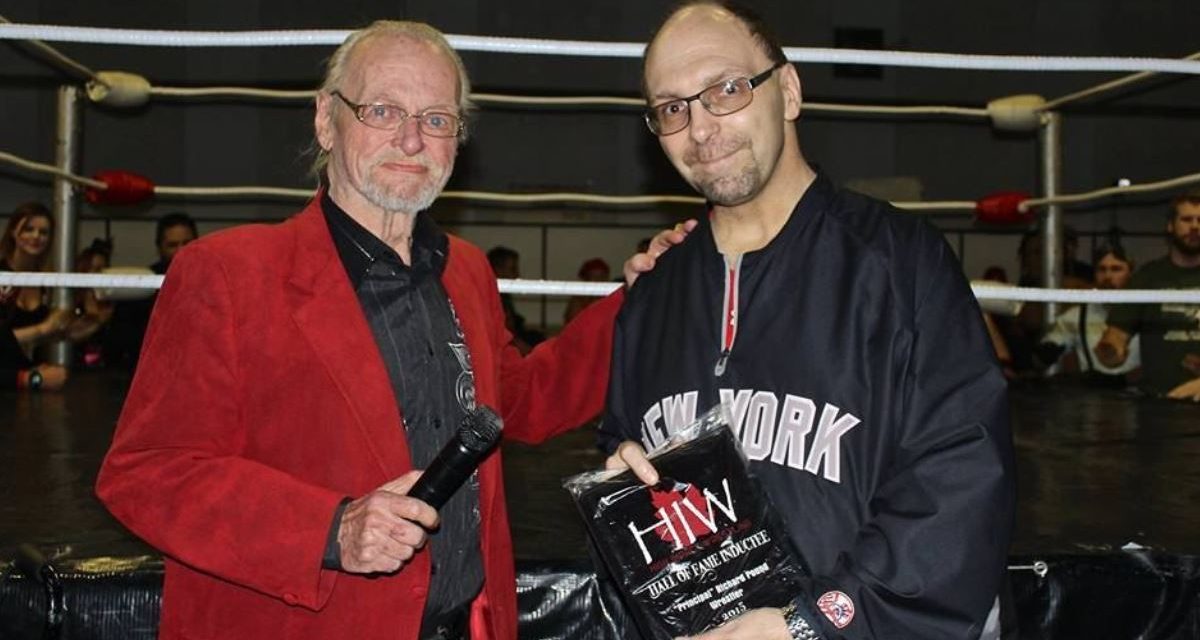 John Cozman gives the late Owen Hart complete credit for his gimmick as Principal Richard Pound, the stern disciplinarian of the Stampede rings. 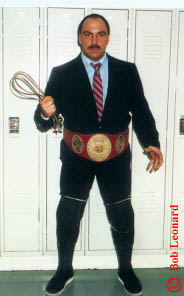 Well-dressed as The Principal should be, and complete with that leather strap to mete out discipline

Back in 1997, Cozman, Hart and Stampede photographer/Saskatchewan promoter Bob Leonard were sitting around after a WWF show in Regina talking shop, trying to figure out a gimmick that would get Cozman a tryout with the WWF.

Cozman and Leonard did a character outline and came up with various ways of making it work. Bruce Hart came up with the name Principal Richard Pound, and used the new heel as a foe in the resurgent Stampede Wrestling promotion in 1999.

“The Principal never really took shape until I took it to Stampede in ’99,” Cozman admitted. 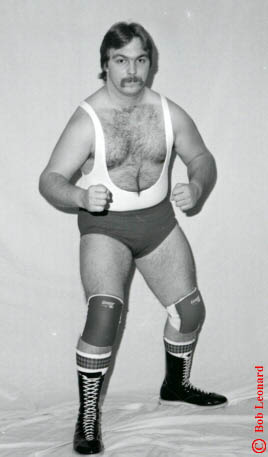 He quickly became one of the circuit’s most hated wrestlers. “I enjoy the character. It’s just something that everyone can relate to. He’s just a humourless, straight-laced education authority that everybody can relate to in their school life. I just enjoy playing the character. Part of the character really is wrestling too, more so showing not just old-school wrestling, but that a hold here or a hold there can still be justified in today’s business.”

Growing up in Regina, Cozman went to the matches with his father from an early age, and being a wrestler was always something he wanted to do. He befriended the photographer Leonard, who was also based in Regina, and that paid off in 1984 when he was introduced to Archie ‘The Stomper’ Gouldie who became his trainer. 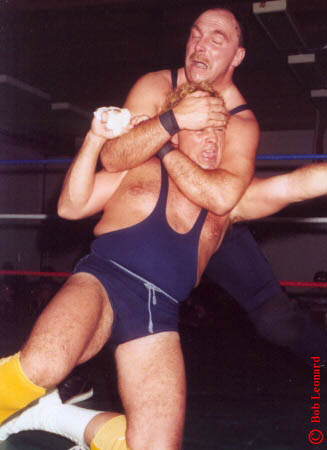 Each week for six months when Stampede would swing through Saskatchewan, Cozman would work out with Gouldie. “[Archie was] a real good trainer, a very solid trainer at what he did,” Cozman said. “[He made] sure you were in shape. He’s just a gym nut is what he is. The training that he gave me [was] just very solid, basic, fundamental training.”

Cozman debuted in Stampede under his real name. That summer, he went out to the Maritimes to work with Emile Dupre’s Grand Prix Wrestling promotion with Gouldie and Leo Burke. “That was really my first territory,” he said, adding that he wrestled that summer as Danny Young.

It was a great place to learn. “[There was a] big difference between getting trained in front of nobody, just a ring, then going in front of people and working with the guy who trained you and known all over the world.”

After that stint ended, Cozman went to Texas and Joe Blanchard’s promotion. “Leo was booking down there at the time, and Archie went down there so I just followed them down there.”

From 1985 to 1990, he worked fairly regularly with Stampede Wrestling.

His favourite opponent was Kerry Brown. “Kerry and I jelled really well. I was just learning. I’m going to say it was back in ’88, in that area. We really blended well together. Kerry took care of me, showed me a lot of things. He’s a big man and I really enjoyed working with him.”

When Stampede shut down, Cozman drifted out of the wrestling business, working as a security guard. 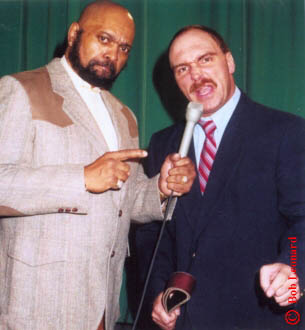 In 1997, Wild West Wrestling started up in Saskatchewan, promoting a couple of shows a week. Cozman found himself involved and “that started the fire burning again” for a career in pro wrestling.

He had a few conversations with Jim Cornette when he was in charge of Talent Relations for the WWF about the Principal Pound character but nothing ever came of it. Cozman still has hope, despite being about to turn 37.

“I look at Dallas Page, who’s 45 or so, and read interviews where he wants to go until he’s 47. I’ve spoken to Bad News a lot, and he never broke into the business until he was 36. So my age is catching up there. Will I make Titan and make a living there? Right now I don’t know. That’s not really, really high on my list. I’d like to do an overseas tour.”

Cozman has talked to Sonny Onno about working for WrestleXpress in the UK. “He was indicating for the March 2nd show that he would want to bring me in.”

Earlier in August, Cozman had the chance to work on the Brian Pillman 2001 Memorial Show in Cincinnati. He considers it among his career highlights. He lost to J.R. Ryder of ECWA on the Indy showcase.

It was important to him to be there, particularly having heard about how fun the experience was for Stampede referee Steve Hooper, who was at the show last year. 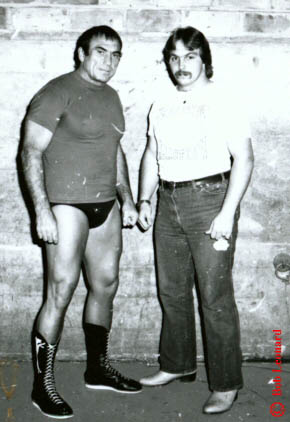 John Cozman with Archie “The Stomper” Gouldie at the end of another training
session. Photo by Bob Leonard

“I knew Brian from the Stampede days. I just thought that it was something that Stampede should represent somebody, or somebody should represent Stampede on the show. I just took the ball and said I’m the somebody,” Cozman said. “I talked to Hooper after he did it last year, and he said it’s just a good show to be at. So I spoke to Les Thatcher, and he asked for a video tape and some pictures. I sent it down and he called me up the next day — ‘You’re booked’. It’s just something, for me, that had to be done. Whether Stampede wanted to send somebody else, I just thought for me that it should be done. It’s a high-profile show. It’s a big little show, being an independent show and everything. I wanted to represent Stampede and say hello to Brian in my own little way. I had a good time.”

It might mean something else too. “I met a lot of people I knew. I met a lot of new friends. I’m looking forward to next year too. Hopefully somebody was watching … you never know who’s watching and maybe somebody will like my work and go from there.”

With Stampede only putting on a couple of shows a month, Cozman knows that his options are limited but not impossible. He still harbours hope.

“I don’t think I’ve reached my peak yet. I haven’t done something that I would say, ‘That’s a career and I don’t need to do this anymore,'” Cozman said. “I still want to get more stuff done before I call it a career.”

Saskatchewan’s gifts to wrestling were Leonard and Cozman