THQ’s WWF Betrayal is just that 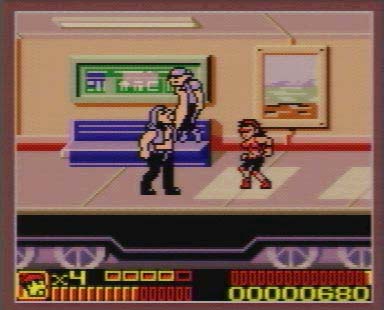 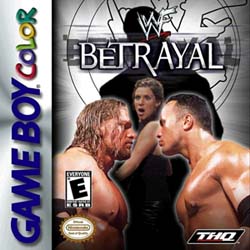 WWF Betrayal, the new game from THQ for Game Boy Color, lives up to its name, but not to its genre. It is not a wrestling game, and it is definitely a betrayal.

It’s basically one of the old side-scrolling fight games like Double Dragon, with one of four wrestlers as the hero. No actual wrestling at all, just punches and kicks and the occasional “special moves” if you’ve landed enough blows. It’s not even a very good fighting game. The graphics are dated and simplistic, and the gameplay is shallow and basic.

This has all the marks (no pun intended) of a game that was sitting in the closet and re-fitted for the WWF license’s use. While I like the idea of a more RPG-type game with wrestling overtones, this isn’t it. It’s not even close.

A sad mis-step by THQ, who until this have put out solid wrestling games all along. I still look forward to their next release, but for a wrestling game on Game Boy, I’ll be looking elsewhere.