Diana Hart book out this fall 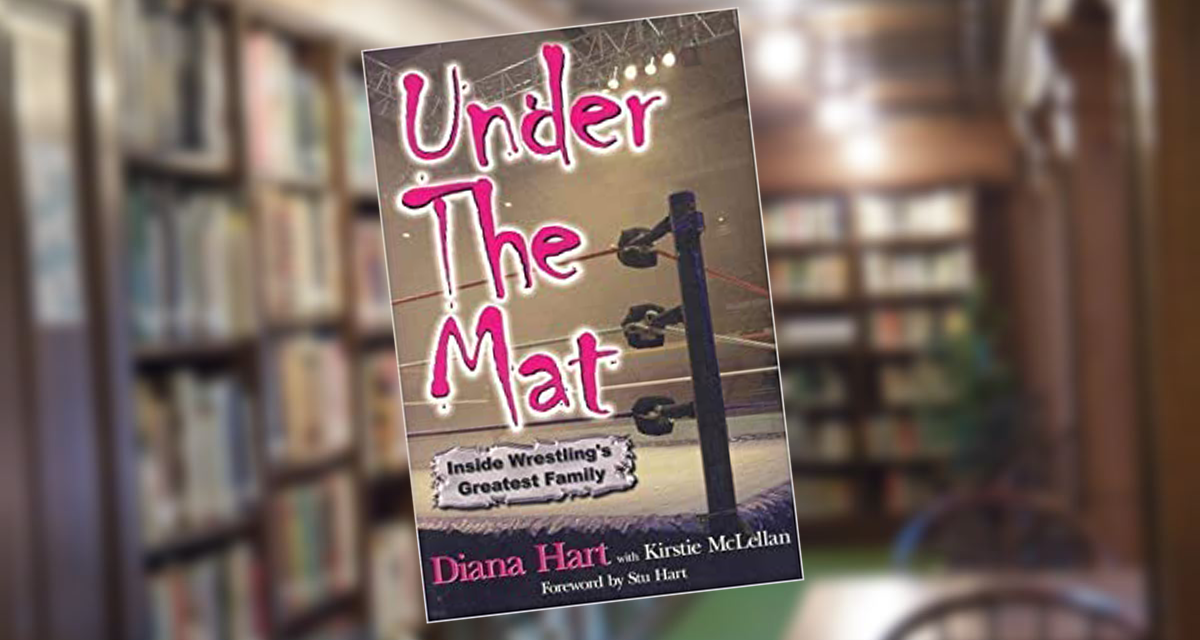 Bret “Hitman” Hart soon won’t be the only Hart with a book on the shelves.

His sister, Diana Hart-Smith, has a book coming out in October called Under The Mat, from Fenn Publishing.

Hart-Smith told SLAM! Wrestling that it was a surprise to be asked to write a book. “I would never had thought of writing a book unless someone asked me,” she said. “It’s flattering because you can write a book but you can’t necessarily get published. This was the reverse, because they said they’d publish it if I wrote it.”

The thinking is that a book written from a female perspective may appeal to both wrestling fans and women who are curious about the business.

“It’s not a fluffy book,” Hart-Smith explained. “I wanted to set the record straight on my life.”

“They were interested in my earliest memories, from Ted the Bear who lived here, the wrestling bear, to right up to my present situation with my divorce from Davey (Boy Smith, aka The British Bulldog) and my new life with James (Trimble, aka wrestler Dick Butkus Jr.)”

There will be a number of pages of photos as well.

An early press release from Fenn Publishing describes the book:

“Growing up in a family of twelve children, in the world’s most famous wrestling family, it is now Diana’s turn to tell her story of how her husband and brothers are all stars in the WWF and WCW. One of her brothers died for his craft: Owen Hart, the strapy, strong wrestler died in a freak on-stage accident. Her husband, a handsome wrestler in Union Jack shorts named Davey Boy Smith (aka the British Bulldog), had taken to drug abuse. Diana’s brother Dean dies of kidney failure, her sister Alison breaks up with her husband, wrestler Ben Bassarab, her sister Ellie’s husband Jim Niedhart (also a wrestler) becomes abusive. Her oldest brother Smith has two children by two women at the same time, and her sister Georgia’s son Matt dies of a flesh eating disease. Life becomes too much for Diana, mother of two. She begins treatment for depression, but in a desperate bid for Davey’s attention, she swallows a handful of pills and almost dies.”

Helping her out with the book is Kirstie McLellan, a journalist who recently wrote No Remorse: The Killing Of Paul And Gabi Dolejs and worked with Smith-Hart and her ex-husband Davey Boy on the British Bulldog Workout video that never got commercial release.

Now that most of the writing is done and the book is in the hands of the publisher, Hart is thinking of getting publicity for the release. She hopes to work out a deal with the WWF. “If Jim Ross just said something about it in his column, I would be grateful,” Hart-Smith said. “It’s quite, quite favourable to them [the WWF].”