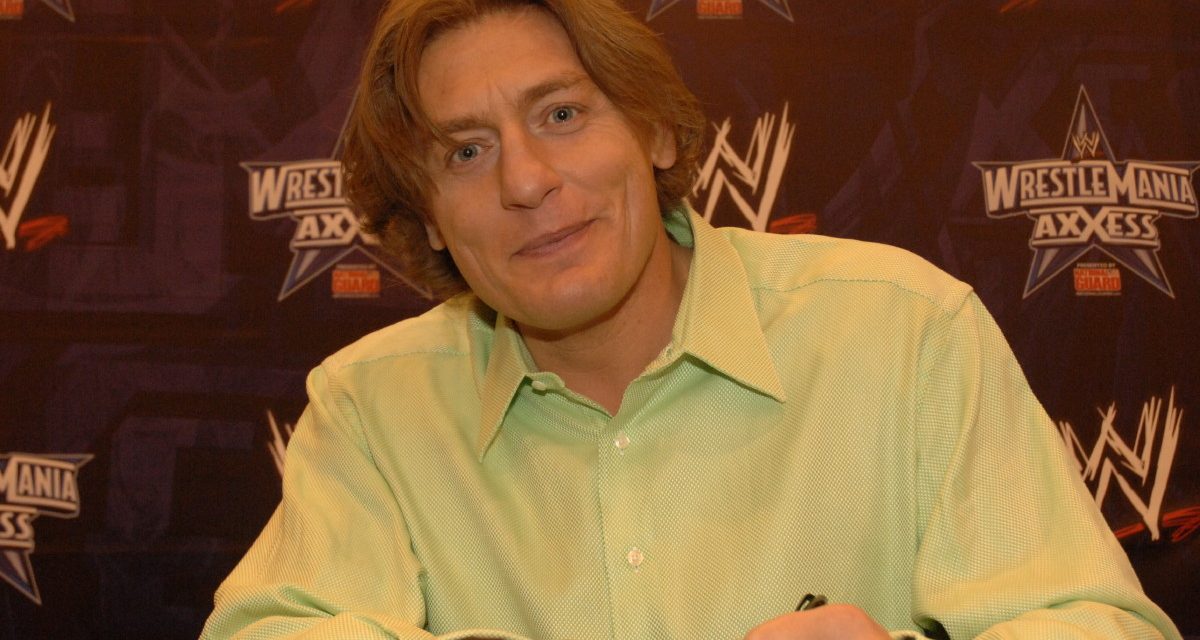 HOUSTON — With WrestleMania just over a day away, fans at Axxess, the WWF fan festival, were eager to hear from the superstars on hand. And who better to offer his unique insights on the upcoming pay-per-view than WWF Commissioner William Regal?

Assisted by Howard Finkel, Regal fielded questions on a variety of topics from an enthusiastic crowd at the Chef Boyardee Arena. The WWF’s goodwill ambassador from England took time to clarify his relationship with Mr. McMahon (he considers Vince his close friend), the death of the “Real Man’s Man” (he drank himself to death) and his view on bribes (he’s open to them). But when it came to the day’s most popular subject, Regal didn’t pick a winner for WrestleMania’s main event.

“Honestly, I hope they beat each other into bloody hell,” said Regal of The Rock and Stone Cold Steve Austin. 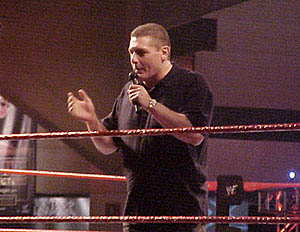 Other WWF personalities took some time out for a Q and A earlier in the Axxess morning session, but none got as much heat as the commissioner. Regal had a snappy response for every question and seemed to enjoy razzing the hostile fans.

Asked about his rough treatment of Trish Stratus, Regal explained that it’s a different world when you step between the ropes and enter the ring. He went on to elaborate on exactly how he felt about adding more females to the WWF roster.

“We also need more midgets in the WWF,” Regal quipped. “And I could beat them up too.”

The furthest Regal stepped out of character was during a fan’s question about whether or not he stretched Goldberg during their match in WCW.

“It wasn’t hard,” Regal said. “And it wouldn’t be hard if it happened again.”

Surprisingly, no one bothered to ask about Regal’s Intercontinental Title Match with Chris Jericho. One especially emphatic fan did share a dead-on impression of Regal’s British accent, to which the commissioner responded by telling the young man that his mother must be proud.

And for just a few minutes on Saturday afternoon, William Regal generated enough heat to make the WWF very proud.