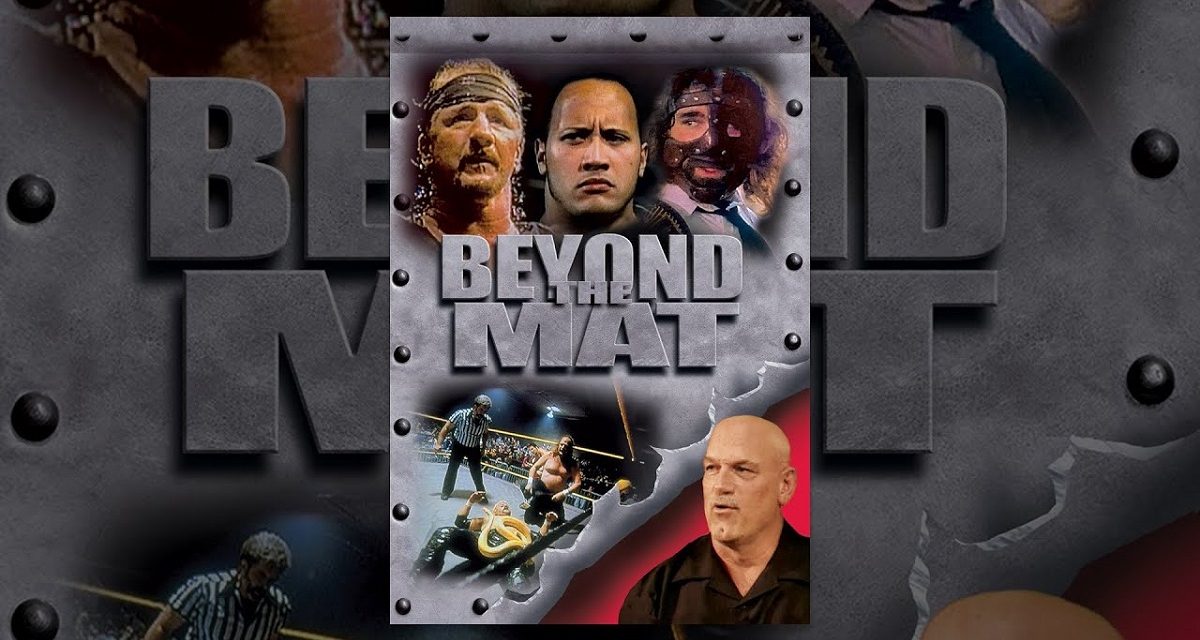 If there were any lingering doubts that pro wrestling was a part of mainstream culture, they were erased this weekend.

Saturday night, The Rock hosted NBC’s Saturday Night Live, only the second wrestler ever to do some. He was genuinely funny and likable, and the additional appearances by Triple H, Mick Foley, Big Show and Vince McMahon only added to the fun. 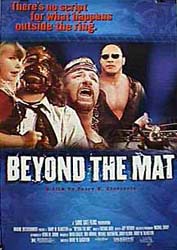 Friday saw the American theatrical release of the documentary Beyond The Mat, introducing newcomers to the wacky world of pro wrestling, and giving hungry fans a look behind the scenes. To promote the movie that night, director Barry Blaustein appeared on CNN’s Larry King Live along with Foley, who is prominently featured in his film, and Hulk Hogan and Roddy Piper who are not.

For all its faults, the Larry King appearances probably made for the biggest news of the weekend. There were four men in the studio: Foley, who came off very professional and intelligent; Piper, who was bitter and disillusioned with today’s wrestling; Blaustein, who was enthusiastic and heaped praise on pro wrestling; and King, who was somewhat goofy and overbearing and interrupted more than one thread of discussion just as it was getting interesting. Hogan was on satellite from his Florida home, and was open about the business in a way he rarely has before on such a national scale.

The show aired many clips from the Beyond The Mat documentary, one clip from the upcoming Ready To Rumble film (with WCW wrestlers) and footage a camera crew took with Hogan backstage at a WCW show, showing the various injuries that he has had, and Arn Anderson and Brian Knobs. They also aired some footage of a recent WCW Nitro match with Hogan facing Ric Flair, with Lex Luger interfering. When asked about the match, and whether he was mad in it, Hogan replied “Uhh, I’m basically doing my job. I’m not mad at anybody here. I’m trying to entertain the people and have a great match.”

Hogan also addressed the backstage politicking, without talking about his role in it. “It is a pretty cutthroat business behind the scenes,” he said. “I mean, guys are doing whatever they can to get ahead and get themselves strategically positioned because the higher up on the card you are, sometimes the more money you make. The conditions lately with WWF and WCW are much better than in the past.”

Blaustein said something similar. “What struck me as interesting in wrestling is that in the ring, the guys must co-operate with one another. Otherwise, they would literally be killing one another. But backstage, there’s ultimate paranoia running deep, and guys are put up against each other. I’ve been in Hollywood for 20 years, and the backstabbing in Hollywood is nothing compared to the backstabbing backstage in wrestling.”

Piper used words like “manipulate” and “brainwash” to describe the roles of the promoters in wrestling. But also qualified it by saying that he’s addicted to it, and that pro wrestling is in his blood. “When I came into it, it was 300 people in a garage,” said Piper, who also talked briefly about his first match in Winnipeg. “It was a different ballgame. The tyranny — you’re dealing with everything from pedophiles to promoters, and it’s one in the same. It’s true.”

All three wrestlers said that they had seen the Beyond The Mat documentary, and Piper called it the “best documentary ever made on professional wrestling.” Hogan said that he hoped to be in the next one, should Blaustein decide to do another.

To their credit, when King brought up drug use in wrestling, none of the guests ducked the question. But no one offered solutions either. A clip from Beyond The Mat with Jake Roberts was shown where he talks about his substance abuse problems. 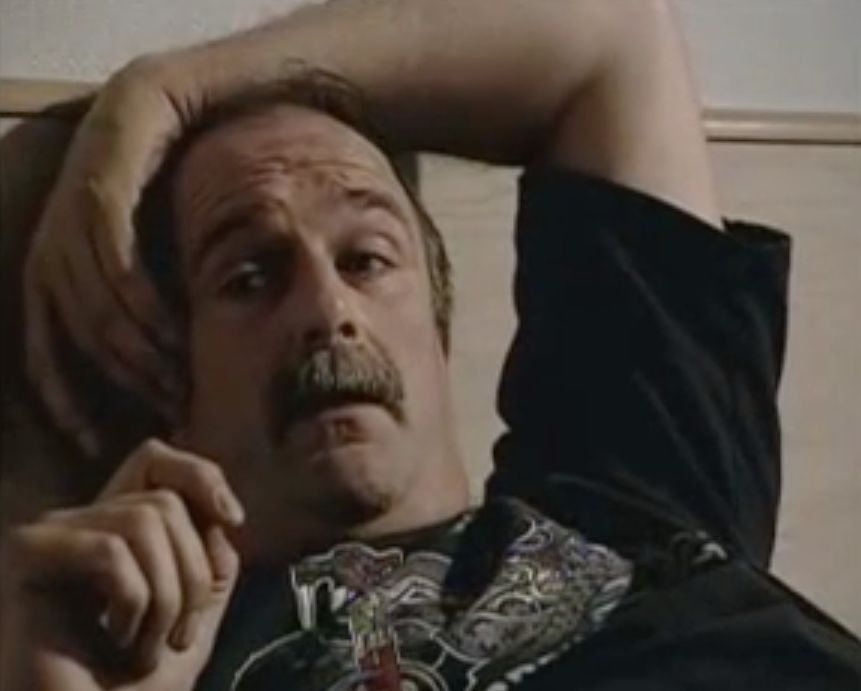 Roberts in a still from ‘Beyond the Mat’

Hogan said that drugs are there, and admitted to taking painkillers in order to wrestle. “It’s like any other sport. The athletes take shortcuts. We had the steroid hysteria during the ’80s and ’90s, and the federal government passed laws that made them illegal. A lot of the guys smartened up. Some of them didn’t. As far as the pain pills and stuff like that, it’s prevalent because whenever there’s an injury there’s a doctor that will prescribe a pain pill to take the pain away. And in our sport, there’s a lot of pain, and there’s a lot of injuries. But the drugs are prevalent, and they’re there today.”

Foley, who is the only one of the three who has been active on a regular basis over the last couple of years, said that he had never taken pain medicine before he wrestled and had rarely taken it afterwards.

Piper had a different take. “I was king of the frathouse. I rolled out, I was Rowdy Roddy Piper and the more the trouble I got into, the more the promoters liked it.” He said that getting married and having kids forced him to clean up his act.

Unions in wrestling were also discussed. “I don’t really know how it would affect us,” said Hogan. “If it made the conditions better … if it made the money more consistent, if it gave guys insurance and a health plan, some type of insurance policies, I think it might be a good idea”

Foley said that “unions would be nice. I don’t know how they’d go about being organized. I don’t know how you could do it because there are so many different wrestling organizations. Yeah, it’s a rough business, but this is something that I knew 15 years ago getting into it.”

The Rowdy One thanked Larry King for the opportunity to talk about many of the issues. “You have done us a big favour here in giving us an open forum where we can speak without having to worry about what’s going to happen. I don’t mind speaking my mind because I’m in a position to.” He also said that he hoped the Beyond The Mat documentary would open the door to a union. Back in the mid-eighties wrestling boom, he said that unionizing was discussed but “we couldn’t stick together.”