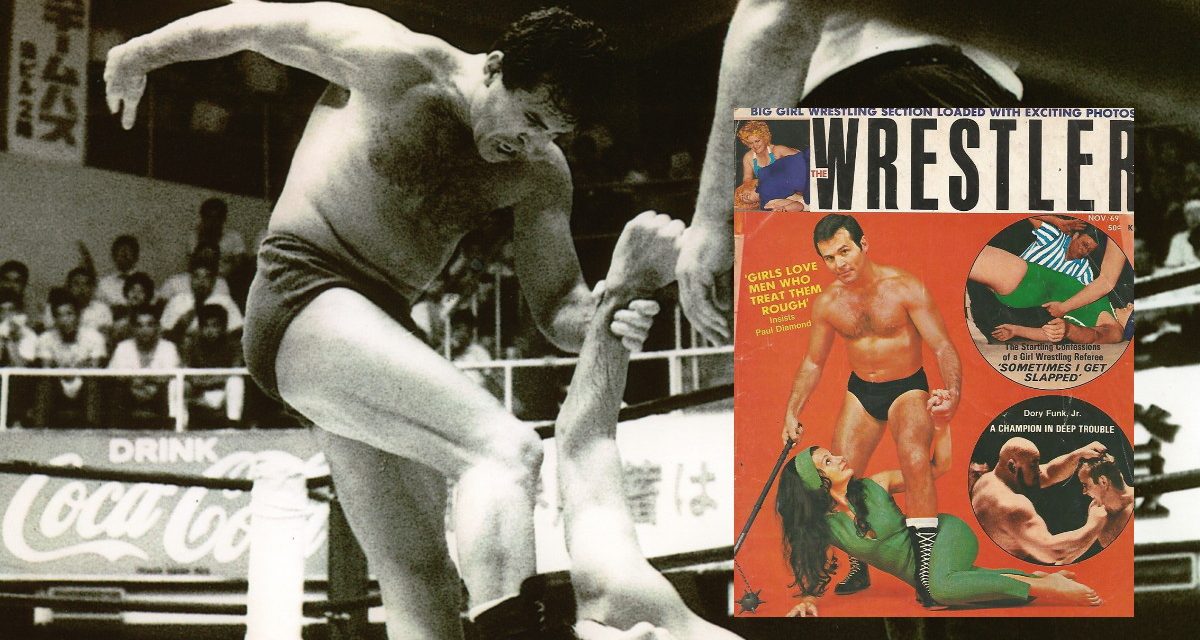 It’s always fun to ask how a wrestler came up with their name.

For the original Paul Diamond, who wrestled throughout the ’60s, TV was the inspiration.

“I came up with the name Paul Diamond when I was watching David Jannsen in Richard Diamond, Private Detective,” explained Diamond to SLAM! Wrestling via email. The show, which ran on CBS and then NBC, ran from 1957-60. Private eye Richard Diamond is perhaps best known now for being one of the first people on TV with a car phone. 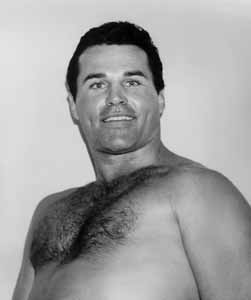 The wrestling Diamond, born Paul Lehman in Toronto, debuted in 1960, under promoter Jack Dale of Dale Martin Promotions in England.

He wrestled all the top stars of the 60s — Killer Kowalski, the Kangaroos, Roy Heffernan and Al Costello, Giant Baba — before retiring in January 1972.

Diamond remembered a few for SLAM!

“Don Leo Jonathan was a great guy, one of the very few I had to my house for dinner. Hard Boiled Haggerty came to dinner on many occasions. Red Bastien came to dinner. Hercules Cortez, just a few weeks before his fatal car accident. I was in Minneapolis, Verne Gagne came to dinner, it was 1 A.M. and [my girlfriend] Serena had dinner waiting, so what is one more starving promoter!”

For Diamond, his biggest wrestling moment came against Lou Thesz. 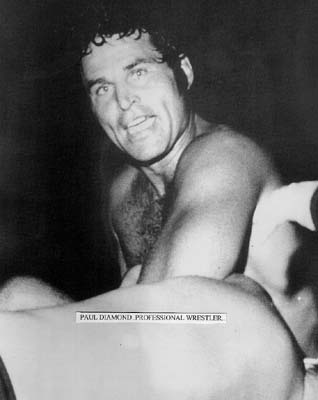 “The greatest thrill for me was in 1969, Cobo Hall in Detroit, I was on with the great Lou Thesz, my idol. We had a great match. We did a lot of the style that I learned in England, and only Thesz could be so smooth and it was an honour to put him over.”

He shared some interesting tales from his stint in Toronto for Frank Tunney in 1969.

“When I was in Toronto in 1969, I was hoping I would get a ‘break in the business’, and I would make some money, as promised by Frank Tunney. Alas not to be,” wrote Diamond. He had a bit of a falling out with Tunney and one of the top stars, and Serena suggested heading to another territory. “I called Mr. Moto in Los Angeles, he booked me, but because I did not show for the main event in two weeks with the Sheik, the Toronto office called California. Mr. Moto said he could not book me, because I didn’t tell Frank Tunney I was leaving.”

In 1971, Diamond worked for Roy Shire in San Francisco. According to Diamond, Shire said that he was “too confident and cocky” and Diamond quit the business a short time later after a falling-out with California booker Pat Patterson. 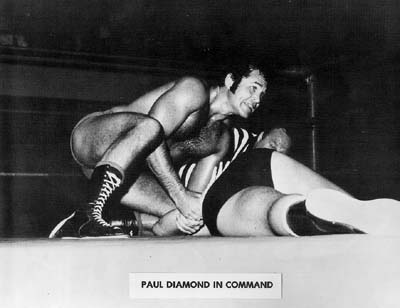 Today’s fans will probably connect the name Paul Diamond with the Canadian wrestler from the ’80s, whose real name was Tom Boric. He was a tag partner of Pat Tanaka, and was Max Moon in the WWF.

The original Diamond weighed in with this comment. “About Tom Boric, he used a lot of names, and the only recognition he got, was when he used my name. I never thought about it until I got on the web last October, and realized ‘I wuz robbed’. I would like to establish on the web that I am Paul Diamond, and the other guy is Tom Boric.” 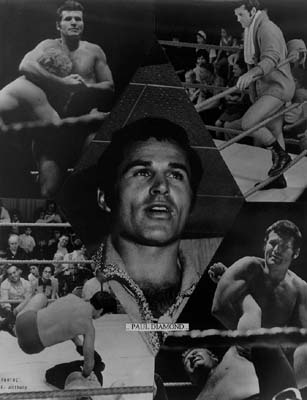 After retiring from wrestling, he and Serena opened a sandwich shop in Mountain View, California, called the Jew & the Gentile Deli. Tragically, two weeks after opening the deli, Serena took ill, and she died of cancer seven months later. Diamond continues to run the sandwich shop to this day. He was recently featured in the San Francisco Chronicle, as ‘The Sandwich Nazi’, a take-off on the Seinfeld character, ‘The Soup Nazi.’

“I do schtick and insult customers, just for laughs, and it is paying off,” explained Diamond, still rooted in the performance arts.

My first live pro wrestling event was, the night that Paul Diamond failed to appear to face The Sheik in the Gardens. I remember how disappointed, as kids, my brother were when they announced that Diamond was a no show and how quickly we forgot about him when Bulldog Brower charged the ring to take on the Sheik. We often wondered what ever became of Paul Diamond. Wow, what wonderful memories this bring back.
For those that are interested, the following are the results of the card at Maple Leaf Gardens that night (Oct, 19th, 1969):
Fred Atkins and Murray Cummings wrestled to a time limit draw; Dewey Robertson over Eric the Red; Bulldog Brower beat Iron Mike Loren; Dominic DeNucci defeated Wild Bill Terry; Whipper Watson & Haystacks Calhoun won over Crybaby Cannon & The Assassin; The Sheik bloodied and defeated Bulldog Brower; Bobo Brazil & Lord Layton beat The Fabulous Kangaroos.
Brian Sharro

I also wondered where and what happened to Paul after the no-show.I was nine at the time and he was a big favorite of mine.Along with the help of my aunt and uncle (who used to drive us from Alliston,60 miles,to the gardens) we sent a letter to the Toronto telegram newspaper,to ask George Gross,(who had a column at the time called “you cant stump us”) what happened to Paul. His response was, Mr. Tunney said Paul would return in a few weeks. I still remember Paul using the abdominal stretch as his finishing manover. I really enjoyed Brian’s memory and the results of that card. If anyone has results from other cards in this era I would love to here from you.
David Fleming