It’s interesting and thorough, if not encyclopedic. It’s a handy and honest reference work, if somewhat flimsy. More than anything, however, it’s long overdue. Black Stars of Professional Wrestling, by Julian L.D. Shabazz, is what it is.

“What I’ve tried to do is not a dissertation on race relations but a celebration of the accomplishments of these great athletes that have been overlooked. It was a labour of love,” said the 31-year-old entrepreneur from Columbia, South Carolina in an interview with SlamWrestling.net. 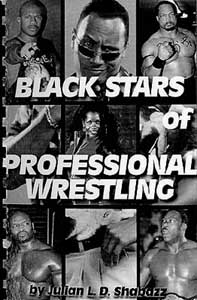 Like many projects spurred by a personal passion, this book had humble beginnings. “It started as a two-man project,” explained Shabazz. “I thought I would do something on Junkyard Dog and on Bobo Brazil. But then it became obvious I couldn’t ignore all the others. What about Faarooq? What about Bearcat Wright? The women? The midgets?”

Growing up in South Carolina, “a hotbed where the fans are fanatical,” Shabazz says his love of the ring, and especially African American contestants, was ignited by Jim Crockett’s Mid Atlantic Championship Wrestling (now part of Ted Turner’s WCW). When his first wrestling hero died, the idea to write a book was born.

“Bobo Brazil headlined the first show I ever saw. I couldn’t take my eyes off of him. When he died, there was a three-sentence mention on the sports pages. One small blurb. If you go to a library you’ll find very few books on professional wrestling, and the two or three you do find will be about Hulk Hogan or Lou Thesz.”

Once Shabazz started digging, he says, one source seemed to just naturally lead to others. “I went to a lot of wrestling collectors and historians, and used old ring records, and old magazines. I also found some stuff on internet sites, including (Slam). I got some good information on Abdullah and Sweet Daddy Siki from you guys.”

A year-and-a-half and 130 or so entries later (along with 150 pictures and 15 charcoal sketches) Shabazz was ready to go to the publisher. However a special deal that he had prearranged fell through and, in a move reminiscent of the find-a-way approach of many of the old school grapplers featured in the book, Shabazz was forced to improvise.

He overcame, but had to settle for a spiral binding, which on first glance gives the book a flimsy, amateurish look. This, along with the fact that some listings are no more than names (which is frustrating because the detailed listings are so interesting you want more) are this reader’s main complaints – although an alphabetical index would have been nice.

This is a work of substance, however, and as such shouldn’t be judged by petty standards. Take, for example, this excerpt from the listing of Edward “Bearcat” Wright: “…the man responsible for totally eliminating segregation from professional wrestling. In 1960 in Gary, Indiana, the former boxer announced that he would not continue to wrestle in arenas that segregated matches between black and white combatants. After a short suspension by the state boxing and wrestling commission, the practice was universally abandoned… Bearcat then went to become the first black wrestler to hold a version of the world heavyweight championship when he beat Killer Kowalski on April 4, 1961… Two years later he defeated ‘Classie’ Freddie Blassie to win the WWA version of the world title. Bearcat died on August 28, 1983, but his groundbreaking career set the stage for the black champions that followed him. He also left a powerful legacy of sacrifice and struggle for equality in the sport.” 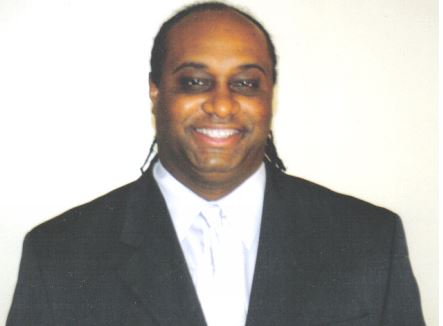 Although giants like Bearcat advanced the status of blacks in wrestling, Shabazz admits the issue is far from being resolved. In the introduction to the book he writes, “Pro wrestling has historically and continues to be permeated with racism. Most of the black wrestlers have been overlooked, underused, misused and discriminated against for years. They’ve rarely been paid comparable salaries and many of the characterizations have been racist, sexist and downright insulting.”

So what does the author think about a modern character like Kamala the Ugandan Giant, a “cannibal” whose real name is James Harris and who hails from the U.S. Midwest? And what does he have to say about all those 80’s superstars who used “blackness” to fuel their careers? A lot. “Promoters did hold black wrestlers down for their own reasons – they thought black wrestlers only appealed to black fans. But when they promoted white wrestlers who had taken on this black sensibility, their popularity went through the stratosphere… The biggest stars of the ’80s were guys who took on a lot of the jive talking, stereotypical moves of the black wrestlers. Look at Dusty Rhodes. Look at Hulk Hogan. Hogan still sounds like a black guy form the ’70s. Every second word he says is ‘brother’ or ‘dude.’ It’s an homage. If something works, you use it. Artists and athletes have always borrowed…Is it healthy? I don’t think promoters are interested in anything but shock value. When it comes to characters like Kamala I have mixed emotions. As a wrestling fan I enjoy the performances. I can keep it in the context of sports entertainment. But am I not a man? When I see something that’s clearly over the line does it not offend me? Yes it does.”

But the book – which Shabazz hopes to turn into a TV documentary – is not a political statement, he reiterates, turning back to the intro and a view of the big picture. “Black Stars of Professional Wrestling is designed to be a primer on the careers of some of the black grapplers who’ve helped make pro wrestling what is has been and is today. Writing it, I learned so much. I thought I was a fan until I discovered there were so many athletes that I knew nothing about. Guys who had this great rich history but that only a few collectors knew of.”

The end result, while clearly a labour of love, is also one of vision, with a focus clearly on the big picture. And thanks to this little book, that picture now has far fewer gaps.

THREE-COUNT with Shabazz:
1) What is your dream match?  “An eight-man bout. The Harlem Heat (Booker T. and Stevie Ray) teamed with Doom (Ron Simmons and Butch Reed) vs. Ric Flair, Hulk Hogan, Dusty Rhodes and Jimmy Valiant.
2) With what wrestler would you choose to be trapped on a desert island with? “Jacqueline. No question.”
3) If you were a pro wrestler, what would your nickname be? “Hot Chocolate, The Lover Man.”