Ouellet wants back in spotlight 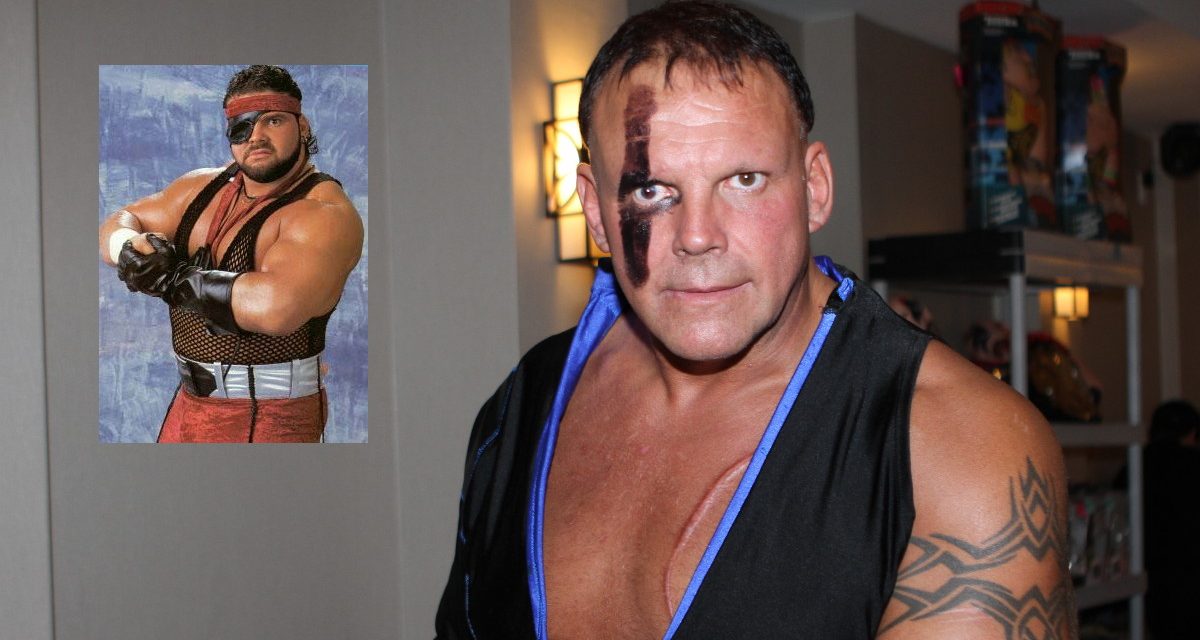 Pierre Carl Ouellet wants to be in the spotlight again. He’s had enough of sitting at home and believes that he next year will be a make-or-break one for him.

For the last two years, he’s been getting paid by the WWF to do what they tell him. But that hasn’t meant being on their TV shows. Instead, Ouellet has been a regular in Memphis — as Kris Kannonball — and recently returned from a tour with All-Japan. 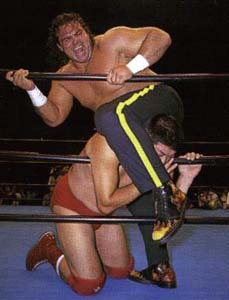 “This is a major year for me, turning 31,” Ouellet told SLAM! Wrestling from his home outside Montreal. “If WWF’s not doing something with me, hopefully I’m going to do something else, like maybe WCW or ECW. So, where I want to get back in the kind of spot that I had before as (the pirate Jean-Pierre) Lafitte. That’s my goal, to go back as in major spot.”

“I’ve got to provoke something. I’m not going to sit back and shut up. Not that I want to be a headache or anything. I just feel like I’ve been getting paid by the WWF — which you can’t complain about — for the last two years, but that’s not what you really want. You want to be part of the team. You want to be on the first-or-second line, you don’t want to be on the fourth line or be sitting on the bench. Especially when you’ve been there.”

Back in mid-April, he thought it was all going to happen again. Ouellet got the call, and was told to be at Sunday Night Heat in two weeks with a Quebec flag, white boots and blue trunks. When the whole plan was scrapped two days before, he was somewhat relieved.

“I was kind of happy about [the cancellation] because I don’t want to be, I don’t want to be known as just being a Quebecer. I’d like to have an international gimmick, something like Edge or Val Venis,” he said.

Like maybe being a pirate again? “I would love to, but I guess they don’t want to do it. But to me, that was the best time of my career, being a pirate.” In today’s WWF, he could probably carry a huge drum of rum to the ring, drink from it, and get over with the crowd.

Ouellet believes that he has matured since his last big singles push, and has learned from his mistakes.

“I was young and made some stupid mistakes,” he said, explaining that he refused to go along with management’s plans for his pirate character. It’s was an ego thing, something spawned out of the brashness of youth. And he believes that it is something that will continue to happen. “All the roster is pretty young right now and those guys will make the same mistakes that I made when I was 25, 27.”

Having had many runs as WWF tag team champions with Jacques Rougeau in The Quebecers, and a big singles push as the pirate Jean Pierre Lafitte, Ouellet is definitely qualified to comment on fame in the WWF.

“I know what it is to have a great push, and how you feel and how you want to react,” he explained. “Most of the time, you think that it’s you that is over, but in a way, that’s Vince that gave you the push, so it’s kind of a confusing thing.”

Ouellet takes himself more seriously these days. He lives with his girlfriend and her two children, and they are expecting their first child together in March. And he’s whipped himself into better shape.

“I changed my shape dramatically,” he said, explaining that he’s at about 270 pounds now, down from a high of 320 during his days in WCW. “Some of the guys in Japan would say because of my hair and everything that I look like Jimmy Snuka or kind of Davey Boy Smith. Not as good as them, but very similar.”

He gives total credit for the transformation to his personal trainer, who spends five days a week with him, and watching his diet. “I really watch what I eat. If I gain two pounds, [I go] right back on the diet.”

The tour of All-Japan was set up for him by the WWF and it was his first visit to The Land of the Rising Sun since a tour with WINGS in 1993. He worked with some of the other foreigners, like Mike Burton (formerly Bart Gunn), Vader, Johnny Ace and Gary Albright.

“The highlight of the trip was the last show, the last Friday night, it was at the Budokan Hall, so it was one of three or four main events. I was one of the main events, working against (former Triple Crown champ Akira) Taue,” he said.

Down in Memphis for Power Pro Wrestling, Ouellet has been working as Kris Kannonball, a name which he came up with based on the name of his Lafitte finishing move, The Cannonball (which he said was a creation of Jim Ross).

He’s a “100% babyface” and had been working an angle with Fatu / Sultan / Headshrinker, who is wrestling there as J.R. Smoot before leaving for Japan.

“My finish now is called the Kannon-Elbow-Ball,” he explained. “I signal it. Like, cannon, I make a sign, I call it before I do it. Actually, when I go cannon, then I tap my elbow for elbow, then I point at my balls for ball! So the crowd likes that, so it’s pretty cool. So that’s why I came up with the Kannon-Elbow-Ball, just to make a twist, to make it fun, to make it … a trademark.”

The Memphis schedule usually means shows Thursday and Friday night, and then a double shot on Saturday, including the TV taping in the morning. According to Ouellet, the Memphis promotion doesn’t pay much more than expenses for the wrestlers on WWF contract.

During his time there, he has also seen the promotion get more popular too. “When I got there it wasn’t that great, but by the time I left to go to Japan, the TV studio was almost packed every weekend. So it was pretty good. When I left, it was pretty hot, pretty fun to work there.”

Ouellet also knows that returning to the WWF will likely mean wrestling in Montreal again, something that he misses very much. The last time he had a match in town was 1996, when he was working for WCW. He beat The Giant by DQ in the semi-main event. (On top, Jacques Rougeau pinned Hulk Hogan.)

He’s still pretty well known around town, and recently filmed a TV commercial for Bell Express Vu, a new satellite service for Quebec. After launching into the sales spiel for Express Vu, Ouellet said that in the commercial two wrestlers talking about sports on TV (the other wrestler/actor is Stephane Terrien under a mask) before roughing each other up.

“My name’s still pretty good here in Montreal, so that commercial will kind of give me that exposure to keep me alive at least,” Ouellet said.

At least until a return to TV with the WWF.

7/7 (Wed) Toyama City, Toyama
Jun Akiyama beat Pierre (8:52)
A VERY BIG DEAL! AKIYAMA IS ALL JAPAN’S CHRIS JERICHO: A YOUNG WORKER WHOSE HAD GREAT MATCHES AND WHO THEY’RE GROOMING FOR THE TOP SPOT IN THE VERY NEAR FUTURE.