Val concentrating on Wrestlemania, not politics 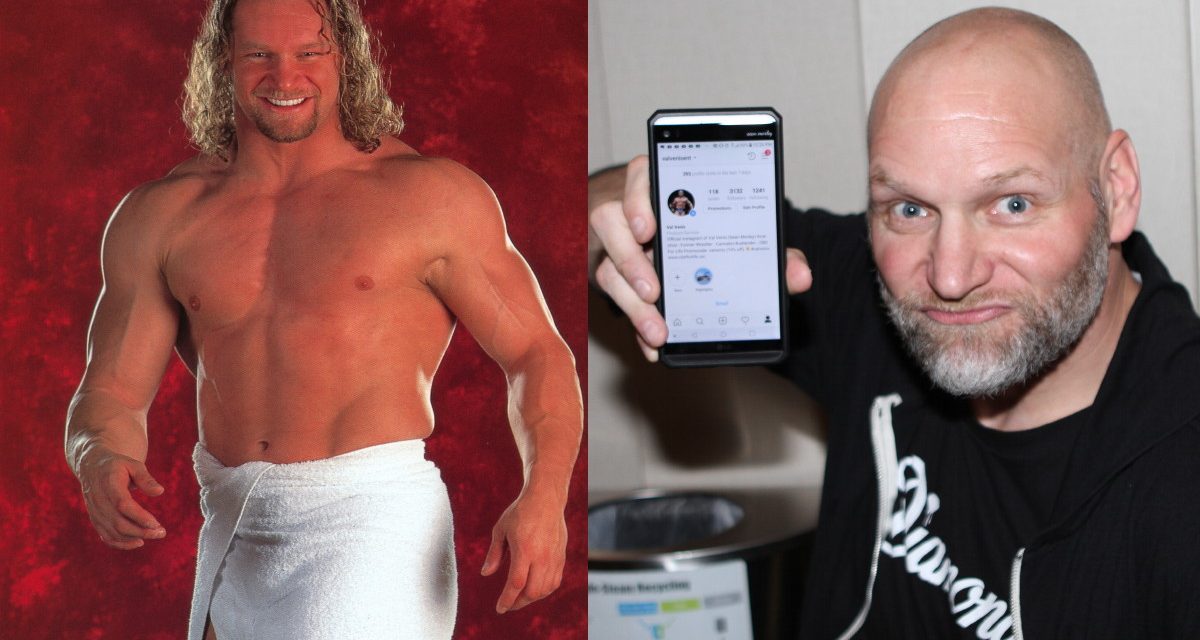 Val Venis is a living oxymoron. 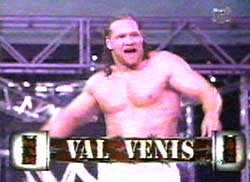 He has one of the the most outrageous characters in professional wrestling today.

But away from the stage Val also runs a conservative political newsletter called Hardball.

“Liberals write in and of course I’ll put there letter into the newsletter and have a conservative view of what they are saying,” Venis said in a phone interview with SLAM! wrestling. He added laughingly “(I’ll) actually show everybody what they are saying is wrong.”

Val is a Libertarian.

Libertarians believe that people should be allowed to do whatever they wish as long as it is not detrimental to others.

Although Val is extremely conservative outside the ring, he does not feel as though there is a point that his character would be asked to cross that would cross his morals.

“I wasn’t hired to look after anyone’s children,” Venis stated. “I was hired to entertain.”

“As far as teaching children what is right and what is wrong, I think that’s up to the parents.”

Venis is very content with his life right now. He is doing two of his favorite things in the world.

“I love to entertain people and I think it’s great,” he said. “I also love to talk politics with people. Right now I’m doing two things in my life that I’ve always wanted to do.”

But the talented young grappler is setting everything aside to do with politics right now in order to focus on his big fatal four-way match at Wrestlemania this weekend.

He will be facing Road Dogg, Goldust and Ken Shamrock for Road Dogg’s Intercontinental title.

Venis believes that he already has a leg up on Goldust and Shamrock because of the psychological warfare that he has waged on his opponents in the past.

“Goldust? I already played with his head a long time ago,” Venis said. “I think he’s still screwed up from it.”

“Ken Shamrock, of course, I stole his sister. I actually rubbed it in his face,” Venis boasted. “He’s very easy to frustrate.”

“When he loses control, he thinks that’s to his advantage,” he said. “I think that’s to his disadvantage, playing mind games with him will definitely pay off.”

Venis believes that mind games will play a big part of this week-end’s match-up and thats why Road Dogg will be the best challenge.

“I haven’t been able to find a sister or a wife or anything,” he said. “I haven’t had time.”

“Road Dogg is the only one coming in to Wrestlemania with other things on his mind, Veins said. “He’s definitely going to be tough to handle.”

As for what the future holds for the World Wrestling Federation star, he is not looking beyond this weekend’s battle.

“I’m concentrating on Wrestlemania 110% and winning back the title. So anything after that is blocked off right now. I’m not even thinking about it.”