The life of Lord Littlebrook 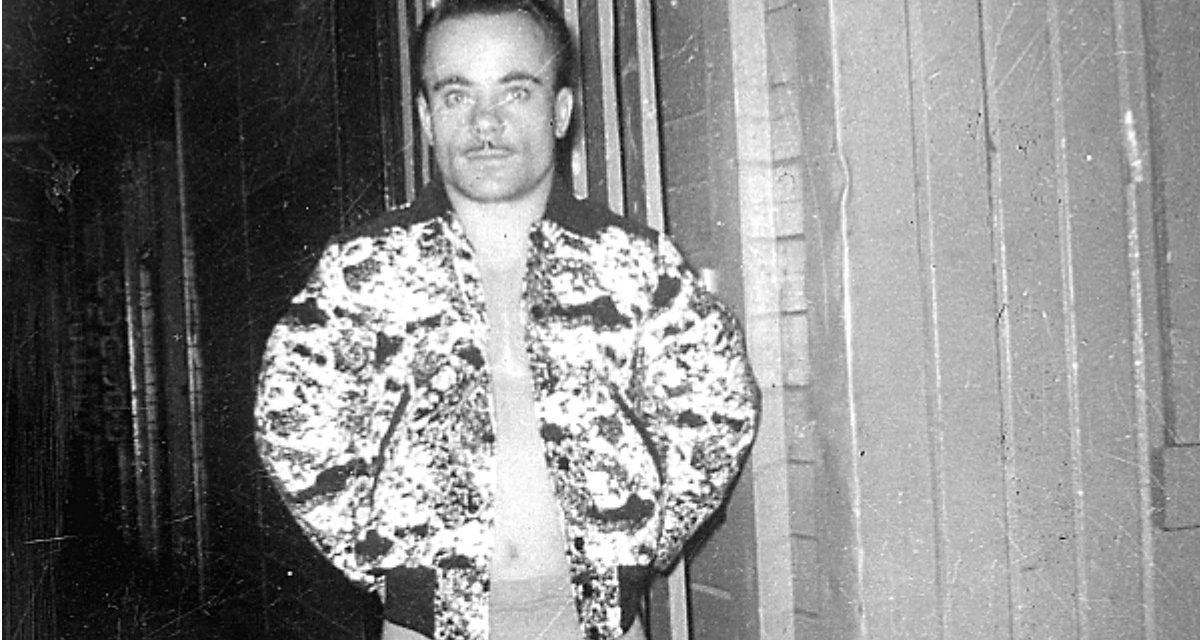 “I made my living in big cities, and I was glad to get of them,” he told SLAM! Wrestling in a phone interview from his home in the small Missouri town of St. Joseph. It has been his home for the last 34 years.

Before St. Joseph, Littlebrook lived on a farm for a dozen years in the tiny Ontario village of Havelock, about 48 km (22 miles) east of Peterborough.

At the tender age of 14, with his country embroiled in the Second World War, young Eric Tovey ran away from home and joined the circus. Due to the war, he only ever had 10 1/2 months of formal schooling in his entire life.

He loved the circus and the travelling, and was an acrobatic midget clown.

While on a tour of the United States, the circus closed down. On a friend’s suggestion, he took up wrestling. After a few months of training, he made his debut against Irish Jackie — and lost.

He was Lord Littlebrook right from the start. It was a promoter’s idea, stemming, Littlebrook guesses, from the American perception that all Englishmen are nobles.

Littlebrook was one of the true pioneers of the acrobatic action that has become a staple of today’s mat game. His favourite move was a somersault off the top rope — quite a feat when you consider his height.

While on a tour of France in 1955, he met French wrestler Edouard Carpentier and taught him the secrets of the somersault from the top rope. Littlebrook remembered, though, that years later Carpentier neglected to credit him for his help.

He recalled the recently-deceased Sky Low Low as a “very, very tough one.” As for Little Beaver, he said they “were not good friends” because of petty jealously stemming from both being good guys.

Rather than list all the places in the world that he wrestled, one just has to ask Littlebrook where he never got to. The only place he could think of was Russia.

Australia stands out as one of the greatest times of his life, because “the money was pretty good, the people were good.” He really liked Japan and Thailand too. On the flipside, Tasmania was one place he didn’t enjoy because “for some reason they didn’t like English there.”

Littlebrook was involved with wrestling for an astounding 47 years, as a wrestler, manager, and as a trainer. And now his 21-year-old son — also a midget — is travelling the world as Beautiful Bobby.

Littlebrook’s 17-year-old daughter, Lori, also expects to get into wrestling once she finishes high school.

At his training school, Littlebrook taught both big and small.

The biggest names to graduate were Hacksaw Butch Reed and Mike George.

“To be a trainer, you have to sort out the good from the bad, and not waste time on the bad,” he explained.

In the late ’80s, he got a call from the Atlanta office of the NWA (now WCW) asking if he’d be interested in coming in as a tag team manager. They thought that his vast experience would be beneficial to the young pairing of Jack Victory and Rip Morgan. Littlebrook agreed, and The Royal Family was born.

Littlebrook thought they made a “very good team” but it only lasted about six months until their contracts ran out, and Morgan returned to his native New Zealand.

He doesn’t think too much of today’s wrestling. It has changed substantially from the wrestling that he learned decades ago.

Littlebrook praised Vince McMahon Sr., the founder of the WWF (then the WWWF) as a “gentleman”. And while he didn’t personally condemn the younger McMahon, he says that the current product “wasn’t pro wrestling like I trained, what I wanted.”

Over the years, Littlebrook has made millions of fans happy, and made many, many friends (including the friend who hooked SLAM! Wrestling up with him). Two wrestling friends sprang to his mind.

Ed Miller was one of his best friends, and he was “very, very close to” Whipper Billy Watson. “He was a good man.”

Fans may be surprised to learn that Lord Littlebrook is 70 years old now.

“I’m glad I’m still alive,” he confessed, and said that his health is standing up well. “I’m still here, and thank God for that.”