Newspaper ad led to career of ‘No Class’ Bobby Bass 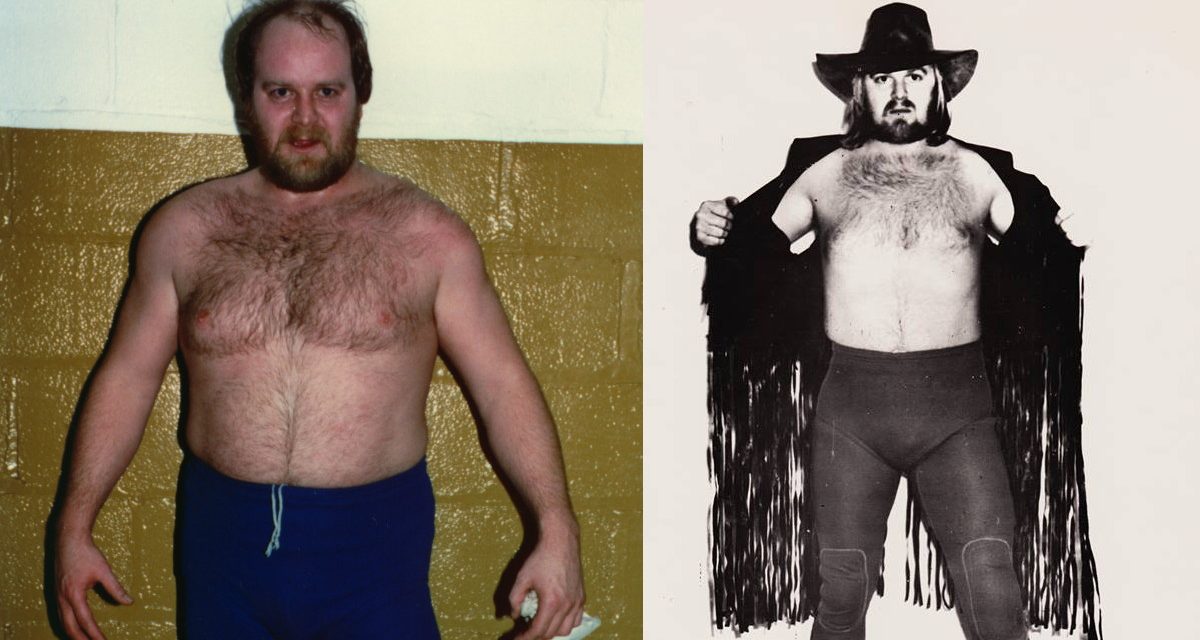 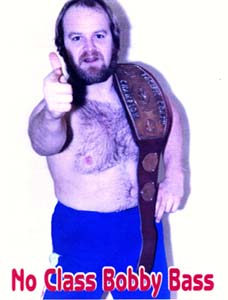 Dennis Baldock can laugh now about his start in professional wrestling. It wasn’t ever a dream, his family wasn’t made up of wrestlers. Instead, it was a newspaper ad that changed his life.

“My father, he’s reading the paper … He said, ‘Son, there’s an advertisement in here for Whipper Billy Watson’s School of Wrestling. He lowered the paper and said, ‘I think you’re big and ugly enough to do that!'”

That story tells one a lot about Baldock, who was best known during his career as ‘No Class’ Bobby Bass. For one, he’s got an excellent sense of humour, but he’s also comfortable with his place in wrestling lore. Never a big name international superstar even though he competed across North America, plus in Japan, Germany, England and Australia, Baldock made an excellent living travelling from territory to territory, wreaking havoc as a heel wherever he went.

Phil was “an excellent, excellent teacher” said Baldock, who trained with him for about a year. “He said I was ready after six months, but I always wanted to be a bump-taker, a jobber. That’s what I wanted to be. But things turned out different,” explained Baldock.

He debuted in Kentucky in 1969, making $25 a night. It was different than today’s wrestling.

“You had to love the sport [back then]. Me? I never took a drug in my life. I used to get high just waiting for that bell to go into the ring. How can I put it to you? Man, I loved doing it. I just loved getting in there and being a heel, just having a great time. And there was never no filthy language, no naked chicks running around, no doing the ‘suck it’ thing and all. We did it with hard, honest work.”

Yet ‘honest’ is hardly an adjective that would describe the character of Bobby Bass.

Take the nickname ‘No Class’, given to him by Stampede Wrestling’s Ed Whelan after he and Len Denton threw a midget into the air. “Little Louie, I think it was. … we threw him too high and he hit the light and broke it. [laughing] ‘No Class’ Bobby Bass has stuck ever since.”

Canadian territories have provided the biggest of his career highlights.

Wrestling for Frank and Jack Tunney at Maple Leaf Gardens in Toronto was always a thrill. He was a multi-time tag team champion in Stampede, with partners as diverse as Cuban Assassin, Ripper Collins and Duke Myers.

But it was the Martimes that won his heart.

“My favourite place of all time is the Maritimes, and that’s the honest-to-God truth,” he said. “The people are so great. They’re really super wrestling fans down there, and they really appreciate good wrestling. They want the action, they don’t want you to grab a hold or headlock for 20 minutes. They won’t stand for that. They just want the good, up-and-down action.” 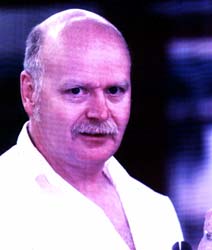 His first Grand Prix Wrestling tour for Emile Dupre was in 1980 and went back each summer until 1990. “I find that very fortunate, because if you know how Emile works, he brings you in once, then he brings another person in a year later. Emile told me he liked what I did. He didn’t like my face, he didn’t like my voice, but I was at the right place at the right time, and I work hard in the ring.”

Out east, he got to face the big name Maritime faces like The Beast and Leo Burke. “Leo was good, but I’ll tell you who I thought was a lot better than Leo, in my opinion. I thought it was Bobby Kay. I thought Bobby was great,” he said of the brother of both The Beast and Burke. “That guy could get in there, boy, and make you work for your money. Leo was no slouch, don’t get me wrong.”

Baldock started winding down in 1990 while on tour in Grand Prix. “I always said that if my body told me it was time to stop, I would stop.”

One night, he was wrestling in Nova Scotia when “all of a sudden it wasn’t there anymore. That’s weird, eh? But it wasn’t there. I didn’t enjoy it no more.”

So Baldock retired from wrestling, eventually settling in Cobourg, Ontario, where he runs a bulk food store called The Bigger Scoop at 500 Division Street. During the summer, he works in Toronto’s movie industry, going to location shoots, and driving movie stars around. This past summer, Timothy Dalton, Charlie Sheen and Holly Hunter were among his big name passengers.

The summer of 1999 also marked his return to wrestling, spending two weeks on the Legends of Grand Prix tour. “I really didn’t want to do it,” he said, but his wife Helen convinced him. Another plus was that he’d get to see the Cuban Assassin, “a guy I idolized in this business.”

Baldock hasn’t ruled out bringing ‘No Class’ Bobby Bass back out east this summer either. But perhaps it might just be to help out with TV commentary, should Grand Prix’s ATV deal go through.

This actually comes second hand, as I was not at this particular card, but a friend of mine was at one of the Grand Prix shows in ’99 and Bobby Bass was wrestling one of the younger guys, maybe Joey Legend or Wildman Austin. This was in Digby NS, I think, and the crowd was rather small, so when someone blurted out “Beat him like you’re his daddy, Bob!” everyone there heard. As a testiment to Bobby’s sense of humour, he yelled back “Hey, I probably am!”
Mark Sampson

My earliest memories of Bobby were in the early 1970’s when Al Zinck’s International Wrestling circuit ruled the Maritimes. There was Bobby Bass, a hippie/flower-child type from Greenwich Village, New York, who I believe never won a match. But when Zinck’s days ended and Emile Dupre’s Grand Prix promotion took over, Bobby returned, and in my mind one of the best drawing cards in the history of this area’s wrestling. The prototypical heel in every sense of the word, the Bass Man didn’t even have to open his mouth to rile a crowd. Not only had he become a very skilled and polished wrestler, but Bass possessed mic skills and verbiage in his interviews that were second to none in Canadian wrestling. He piled up more than his share of victories and titles, and that made the fans hate him even more. But the Bobby Bass I got to know outside of the ring was the one I enjoyed seeing the most. Going to the old Halifax Forum on Thursday evenings in the summer was a ritual for me, and I’ll never forget when I approached Bobby Bass, who was watching a match before his, to tell him how much I enjoyed his work. I introduced myself, and Bobby graciously shook my hand and thanked me for the compliment. That started a friendship that lasted until Bobby retired from Grand Prix in 1990. A lot of fans would come up to his face and say some of the meanest, nastiest things that nobody should have to take, but Bobby took it all in stride. I asked him if he ever got tired of that, and he just patted me on the shoulder and said, “John, these people pay good money to come in here, so they can say whatever they want to”. That’s the mark of a complete professional. How many of today’s “superstars” would say that? Not many, I’d bet. It was great to see Bobby on last year’s Grand Prix tour, and I sure hope the rumour of him returning this year is true. If you are reading this, Bobby, I just want to say that I never believed you were “No Class”. In my book, whenever I think of Bobby Bass, I just think “All Class”. Hope to see you this summer, old buddy!
John Greeley, Halifax, Nova Scotia

I remember Bobby Bass as far back as 1980 when I was just a young kid. “All the way from Pampa, Texas, No Class Bobby Bass”. Bass was a true showman. Although he never wore the gold other than the tag belt with the Cuban Assassin he played a big part in Atlantic Grand Prix Wrestling. I always cheered for the villains and Bass was one of my favourites. He was always very loud and vocal screaming at the fans pissing people off and loving every minute of it. I remember one night in the Halifax Forum when he was managing the Super Destroyer. The main event was the Super Destroyer against guess who (Leo Burke) for the International strap. Up until this point Emile had playing with the fans as to whether or not Destroyers mask would come off. Leo Burke put the Destroyer in the sleeper and proceded to take the mask off when No Class jumped in the ring and put a coat over Destroyer’s face. The rumour was that the masked man was the legendary Chief Jay Strongbow. That was probably the only night I hated Bob Bass. A true AGP veteran.
Terry Wright

I remember watching the wrestling matches with Bobby in the ring at the ATV studio off Collishaw Street in Moncton. I was a teen then. We all used to gather outside and the big doors would be open for spectators.
Annette Kinder