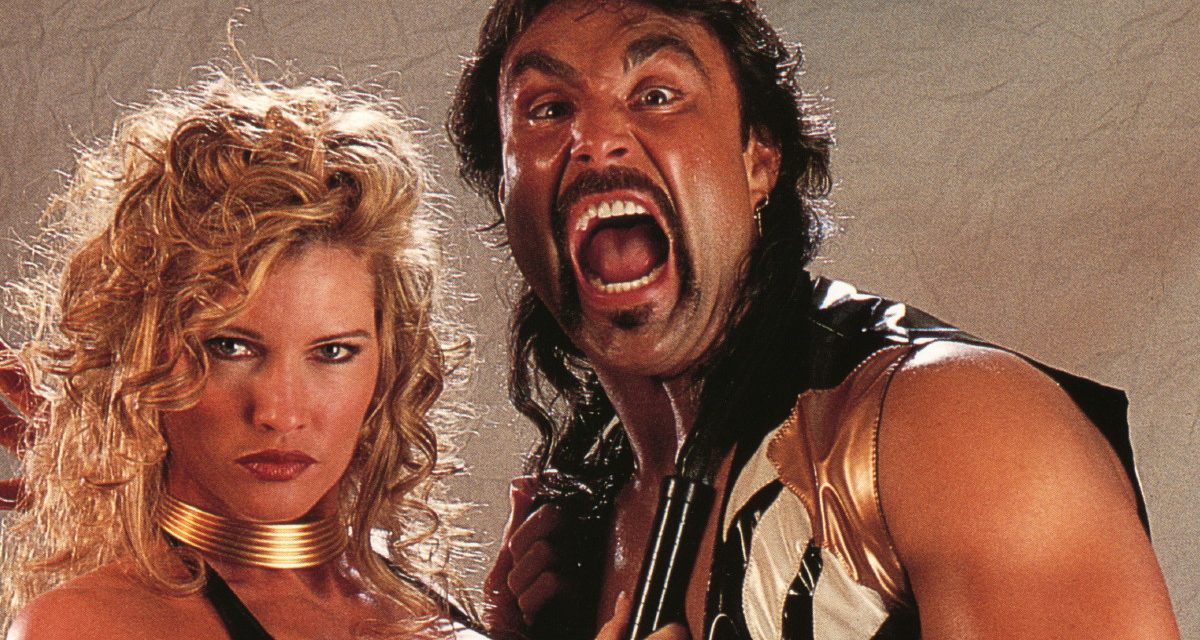 There’s no question that Sable considers her WWF years a stepping stone to something bigger.

“I would love to win an Oscar,” she said on the show, which brought her to the studio after being deluged by emails requesting her on the show.

Outside of the WWF, she received good reviews for her appearance on an episode of Pacific Blue, and has been invited back. Just recently she finished a photo shoot for Playboy. 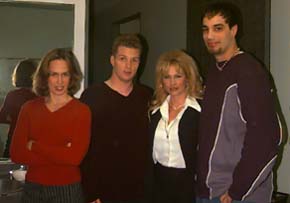 As for the wrestling part of her career, it is difficult to take her in-ring role 100 per cent serious when she admitted on-air that it’s part of her contract not to take bumps.

Backstage, Sable (Real name: Rena Mero) took a few minutes to talk to SLAM! Wrestling, and figures that the WWF has a decent women’s division, even if you can count the competitors on one hand.

“I think that we have a legitimate women’s division at this time,” said Sable, who was a model before turning to wrestling. “I think I’ve defended my belt and fought some of the best women that have ever been in the business. Jacqueline has been in the business for 10 years now. Luna Vachon has been in it for 13. They are definitely veterans of the sport. I’m sure that they will at some time add some more women to the mix but, at this time, I feel that we have a good deal.”

It is looking like she will be defending the WWF Women’s title against Luna at the Royal Rumble. Sable, trained in kick boxing, and into softball and motorcross, welcomes the challenge.

“[Luna’s] extremely talented. I give her a great deal of credit for her abilities and I never take her for granted when we get in the ring together.”

The National Wrestling Alliance recently announced that it was bringing back a women’s division. Does Sable feel that she’s the reason for the rise in the popularity of women’s wrestling?

“I don’t think it’s because of me, but I would like to think that I had something to do with that,” she explained, choosing her words carefully. “I think that people have just realized that fans are interested in seeing women’s wrestling make a comeback. I think that not only men but women are enjoying the fact that women are being presented in a much more — I don’t want to say domineering role — but definitely a brighter light, stronger role.”

The lights were on Sable recently for a pictorial for Playboy, expected to run in the April edition.

“I’m very proud of it,” she said of the Playboy shoot. “We’ve been in negotiations for two years now and they continued to come back to me, so I gave it some very serious thought. Very serious thought. There were a lot of issues I was dealing with at that time and it was a hard decision for me to make. Now that I’ve made that decision, I’m very proud of it and I’m really looking forward to the issue coming out.”

For the record, she cannot be the centerfold because she is a celebrity, but will be on the cover.

“I think that my role in the magazine is a lot more celebrated that the centerfold,” she said.

As for the buzz backstage in the WWF, Sable thinks it’s more about national exposure than full-body exposure.

“They’re excited about the publicity it is going to bring to the World Wrestling Federation,” Sable said. “I think that everyone is very honoured that someone from our company was dubbed a celebrity and given the opportunity to appear in such a prestigious magazine.”

Also on Off The Record, she also dropped the bombshell that Sunny was never approached by Playboy for a photo shoot, and that the now-Tammy Lynn Sytch concocted the whole thing.