Calgary screening of Wrestling with Shadows a Hart-warming experience 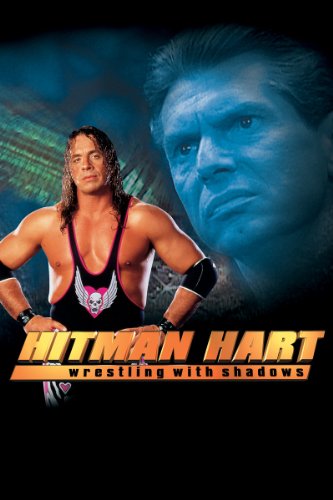 Growing up in Edmonton I had the opportunity to watch the development of some of the greatest wrestlers to ever make it to the show. Davey Boy Smith, Dynamite Kid, Owen Hart, Chris Benoit, Chris Jericho, Jim Neidhart and of course Bret Hart. All great athletes and talented entertainers but it’s Bret who I grew up idolizing along with Wayne Gretzky and Muhammad Ali, pretty exclusive company. I’ve watched Bret “Hitman” Hart wrestle for the past 20 years since his start in Stampede Wrestling in the late 70’s. He was a hero to me then and still is to this day so when I was given media credentials to attend the Calgary screening of Hitman Hart: Wrestling with Shadows, I booked the next flight possible.

Hundreds of wrestling fans, media and invited guests attended the screening including Calgary’s royal family, the Harts. The crowd was allowed to mingle with the likes of Stewart and Helen Hart along with sons Smyth, Keith, Wayne, Owen and of course Bret. Jim Neidhart and the film’s director, Paul Jay, joined the Hart daughters including Diana Smith, who was without husband Davey Boy. I spoke to Bret briefly before the start of the film. He was flashing his trademark smile that I’m sure was masking his nervousness. After all this was his big homecoming, where it all began for him. He had just returned from the film’s Canadian Opening in Toronto to much fanfare but tonight would be the ultimate test. Could the film please his parents, family, friends and those fans who have been with him since the start? “I just hope everybody likes it,” Bret said.

As the screening began Stu and Helen Hart were given a tremendous ovation as were Owen and Bret. Throughout the film the crowd cheered scenes with Brian Pillman, the Bulldog and any Hart family member. There was a closeness in the audience as though we were watching the film at the Hart House itself. This feeling comes from the openness and accessibility the Harts offer their fans and citizens of Calgary. The fans easily bonded with the Harts and enjoyed the film as though they were watching one of their own on screen. The biggest cheer of the night went to a groggy Vince McMahon as he exited the dressing room area after being floored by Bret.

At the end of the film Bret was once again introduced to the crowd where I led them in giving him a standing ovation. Bret was very humbled by this and stood quietly smiling, choking back the tears he said, “I just hoped you all like it.” After another ovation Bret answered questions from the audience. One question from a young girl stood out from the others, she asked, “Bret, how much longer do you intend to wrestle?” Bret smiled, flexed his eyebrows in thought and finally laughed as the crowd cheered. “I can see myself wrestling for a couple more years,” he said. I believe that at that moment Bret knew that in this corner of the world, where it mattered the most, he was still a hero to us all. The Hitman who was murdered in Montreal may have been reborn this night on November 12, 1998 and even the cheap shot ending of this year’s Survivor Series can’t stop the rebirth.

The film was an obvious success and I hope that those wrestling fans who never had the chance to watch Bret from the beginning before the development of the Hitman now understand who he is, what he stands for and why we who did will always be there for him. Director Paul Jay told me, “The film is about a guy who believes in heroes in a world where the anti-hero is king.”

I firmly believe there is still a place for heroes in this world and especially in the world of professional wrestling. I still believe in you Bret, you truly are the best there is, the best there was and the best there ever will be, thank-you from the Heart.