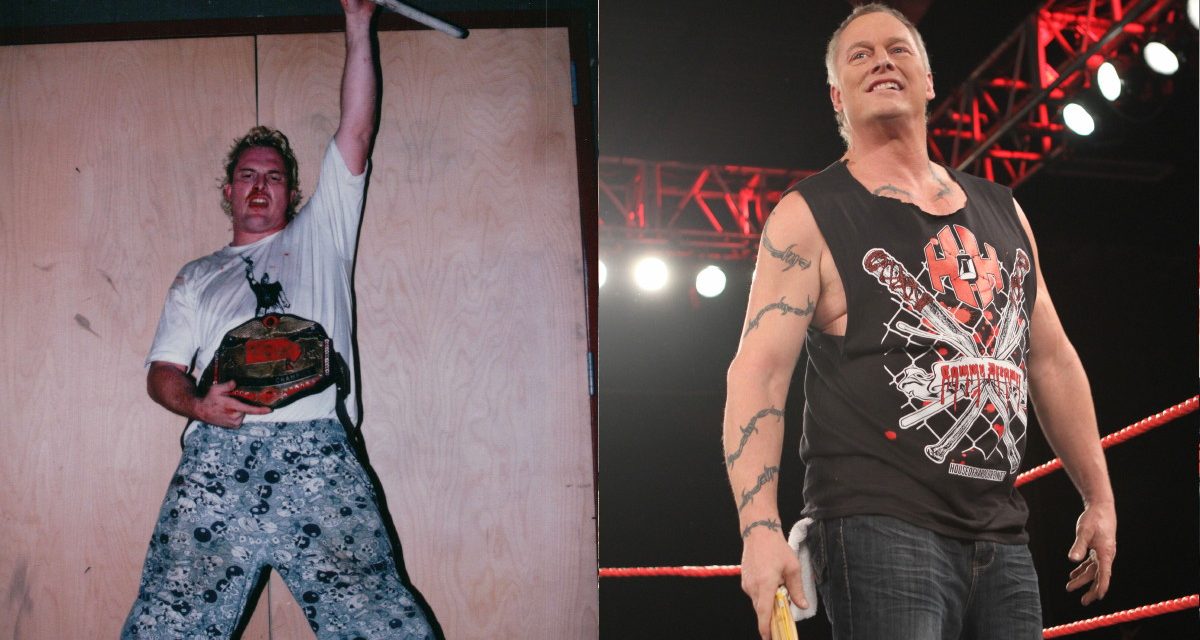 CHERRY HILL, NJ — Sandman may be going to WCW, but his heart is still in ECW.

He has many, many memories from his time there.

“Tod Gordon. Friendship. Funk in a box. Tommy Dreamer. The blind angle. Sabu battering the tables. Cactus Jack, barbed wires,” he listed for SLAM! Wrestling at the NWA 50th Anniversary show. “Rob Van Dam kicking my head off every chance that he got. All that stuff.”

But on the other side of the coin, or better yet, cane, Sandman is trying to put his past behind him.

“I already miss ECW, but life goes on, you know. You gotta change with the times, so that’s why I’m going to a different company.” 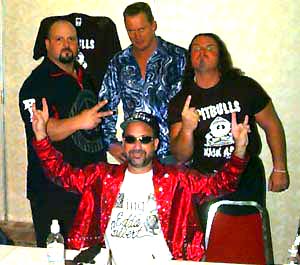 It seems a bit strange that a straight-arrow company like WCW would go after a hardcore legend who smokes and drinks in the ring and on TV. Not to mention the canings and the blood. Will he be able to tone it down?

Sandman, whose real name is Jim Fullington, explained how the deal actually came about.

“I got a meeting with Eric Bischoff through a friend. I had never had any contact with him before that. In fact, Eric told me he hadn’t seen a lot of what my work was. And they do have a 100 guys or so under contract, you know what I mean. So it wasn’t like they were out looking for me. I was looking for them.”

He stumbled a bit when asked if he thinks he might get lost in massive WCW roster. “No, I think if, if … I gotta be politically correct here. No, I’m not worried about being lost in the shuffle.”

Sandman has pretty well gone through the entire ECW roster during his stay there, including stints as ECW champ, so he’s looking forward to some new opponents.

“I like to work with different guys. I want to work with a different guy every night,” he said. “It’s nice to have a program, and you work with the same guy and have a good storyline. But I also like getting in there with guys I’m not used to working with so I can learn more and become a better wrestler myself.”

It would seem logical for WCW to pair him up with former ECW stars like Raven or Saturn.

Sandman really seemed to enjoy his time at the NWA 50th Anniversary convention, hanging out with ECW founder Tod Gordon and the Pitbulls. “It’s almost like I’m a fan here today.

Like a well-rehearsed comedy team, Gordon piped in that Sandman should mention him as one of the legends.

“I don’t know if you’d put him in the legends status or not,” Sandman spit back.

At 35, he creaks around the autograph room at a slow pace. Ten years in the ring appear to have taken their toll.

Yet, he claims that he will wrestle “’til they’ve got to wheel me to the ring and I can’t walk into it anymore. I’ll wrestle until I die, hopefully. I’d be happy dying in the ring.”

Told that that was a morbid, appalling thought, he responded completely seriously.

“I’ve lived my life’s dream, man. I’d be happy if I was 65-years-old and in my last match, I did the Ultimate Job for somebody, you know what I mean. Talk about killing off a character! That’s the way to go.”

Sandman on Canada
“I’ve never been to Canada before. Oh yeah, I was. I was at their casino, and I had to pay for my own drinks and it did not make me happy at all. It’s the only casino I’ve been in my life where you had to pay for your own drinks.”