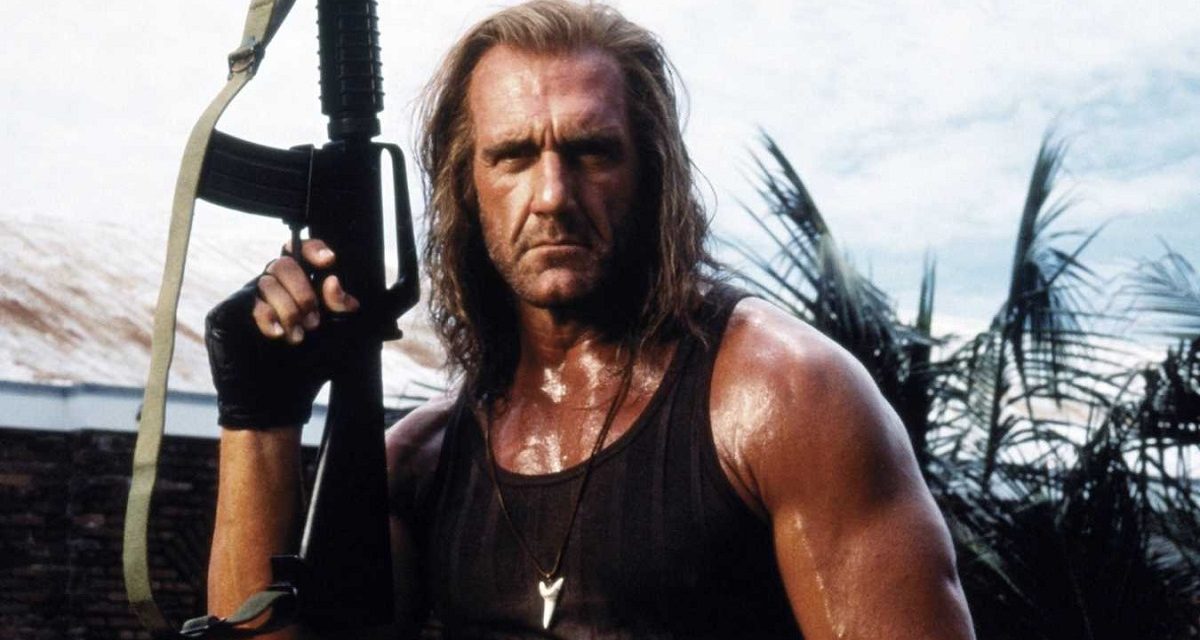 As the leader of pro-wrestling’s nasty New World Order gang, the unscrupulous Hollywood Hogan (AKA: Hulk Hogan, Terry Bollea) often brags about his reputed movie star status luring members into the fold with promises of fame and fortune. Which of course shows you just how dumb Hogan’s New World Order chumps really are.

Truth be told, Hollywood Hogan has appeared in almost as many box office bombs as he’s held world title belts. His charming performances in kiddie favs Mr. Nanny (1993) and Suburban Commando (1991) remain as his shining moments to date.

Dumping the wholesome Hulk character in favor of the rule-breaking Hollywood Hogan in the wrestling ring has also redirected Hogan to edgy roles better suited to the skills he honed as a grappler, such as the failed Thunder In Paradise (1994) action-adventure television series. Unwilling to be held down for a three count, Hogan has “popped up” once again in the film Shadow Warriors debuting this month in Canada on The Movie Network. 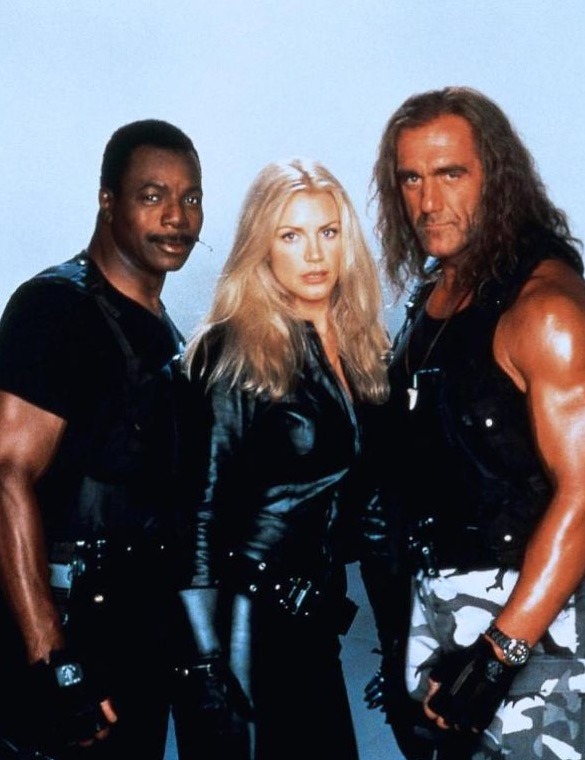 Weathers, Tweed, and Hogan ready for a fight

Surprise. Surprise. The mission is anything but a routine search and destroy exercise. Tipped-off by an inside source, Gallindo sets a trap for the unsuspecting SEALs. His men dropping like nWo Hollywood members whenever The Warrior appears, McBride, Brown and an undercover DEA agent (Canada’s B-Movie Queen, Shannon Tweed) capture Gallindo and transport him to America so he can face criminal charges.

Up to this point, Shadow Warriors is a hokey yet watchable adventure film. There’s enough gun play and fiery explosions to satisfy any action film fan. But as the plot shifts back to America and a second mission is introduced, Shadow Warriors swallows a live hand grenade. 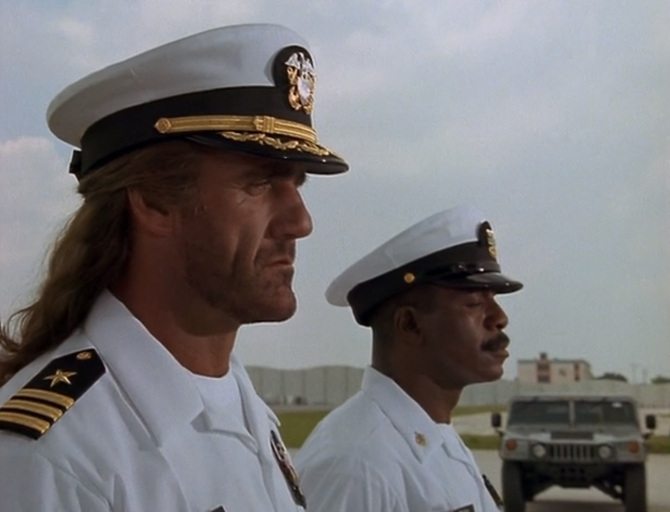 In a laughable development, Gallindo’s forces kidnap the U.S. Olympic gymnastics team, flies them to the Devil’s Island prison and incarcerates them in metal cage right out of an episode of TV’s campy Batman series complete with a fail safe mechanisms designed to drown the gymnasts if the terrorist’s demands aren’t met. McBride and his team launch an assault on the prison island against extras left over from filming The Rock. Why McBride would risk his life to rescue a bunch of irritating, whiny gymnasts is anyone’s guess.

Grim-faced throughout, Hogan surrenders the spotlight to the vivacious Shannon Tweed kung-fuing baddies in her bra and panties. Tweed’s a hoot to watch unclothed or otherwise as she’s having a grand old time in not taking her role too seriously. Besides the climatic rooftop battle, Hogan in comparison is a boring grump. His unemotional demeanor drains the wit in his one-liners ruining all the fun he could’ve had as Mike McBride. The title of the film fits as Hogan is but a shadow of his dynamic squared circle persona.