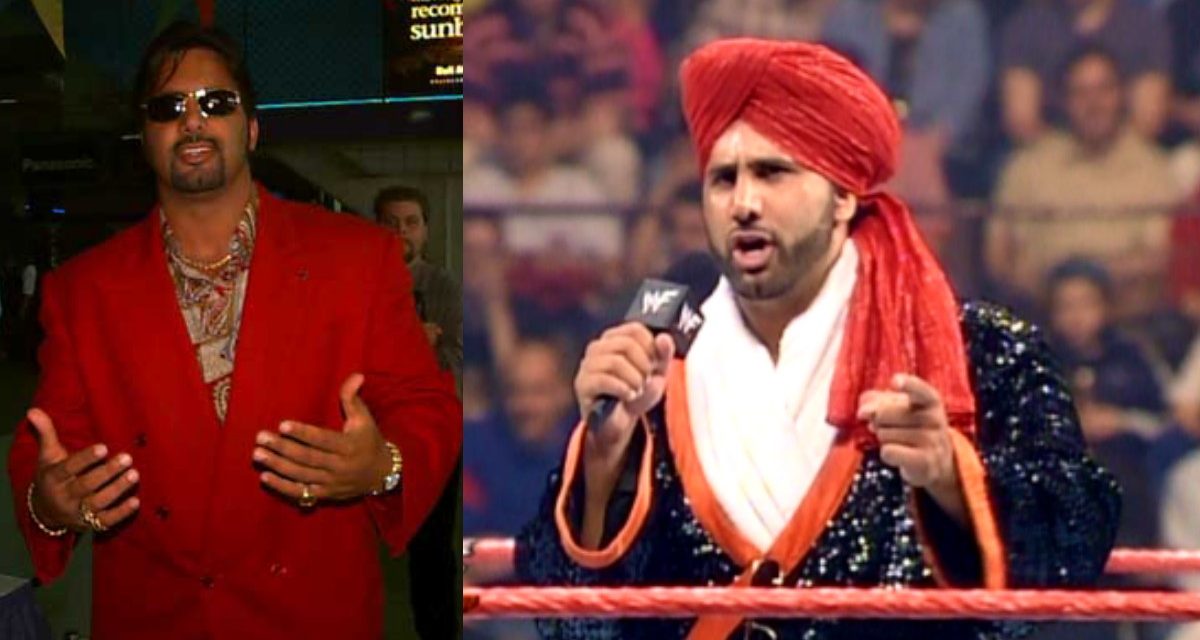 Watch out world, there’s a whole new Tiger in town.

Tonight and Monday night will be the coming out party for the new, improved Tiger Ali Singh. 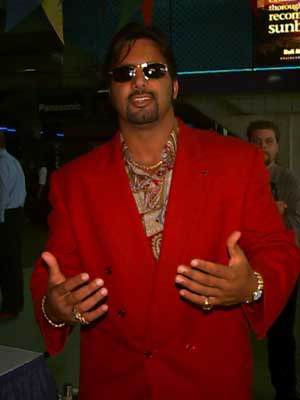 “The WWF has taken the handcuffs off and is exposing the real Tiger Ali Singh,” the Tiger declared during an interview with SLAM! Wrestling at Friday’s WWF SkyDome press conference.

Dressed to the nines, with a red suit jacket, a monogrammed sport-shirt, and tons of jewelry, Singh was truly “custom-made from head to toe”.

Tiger’s new gimmick allows him to flaunt his family’s real-life wealth. His father, the great Tiger Jeet Singh, made his visibility in wrestling work for him, making his name a household word across the world in the 1970s and early ’80s and building a solid base of investments and real estate that has the family sitting pretty in a mansion in the greater Toronto area.

“I am the richest and baddest man in the World Wrestling Federation today,” said Tiger. “And it’s not a gimmick as it was in the past with the Million Dollar Man. … I live the lavish life.”

On TV this week, viewers will see Tiger flaunt his wealth, getting people to eat dogfood and other stunts for money. His will be accompanied to the ring by his valet, Abu.

During a taping of TSN’s Off The Record, Tiger Ali Singh took great joy in his new attitude and taunting the live audience.

“Canadians are going to find out exactly where they belong — under the bottom of my boot!” he said at one point. “There’s no limit how low a Canadian wrestling fan will go.”

In conversation with Tiger, he has the true ability to ‘turn it on’ and go into character. When a more personal question is, he starts off with a more honest answer and progresses into character, often boasting non-stop while a reporter waits for a pause to break-in with another question.

When asked about his father’s reaction to the new gimmick, Tiger responded “To be honest with you, he was a little bit offended and taken by it. He’s always been proud of wrestling and having the heritage of an Canadian-Asian. And I do too, don’t get me wrong.”

It is a contrast from his claim during the Off The Record taping that “I’m not proud, I’m not Canadian. I’ve already revoked my Canadian citizenship.”

And it’s a long-way from the Canadian-flag waving Tiger Ali Singh who paraded around the SkyDome in November, making the front page of the early edition of the Toronto Sun.

Saturday night at SkyDome, Tiger showed no difficulty with the new heel mannerisms, and has sneering down to an artform.

Wrestling fans will have to wait to see if the new attitude takes Tiger to the top in the WWF. Wrestling skills and lineage haven’t been enough so far to even get him on TV much.

And further down the road, there’s the possibility of teaming up with his brother Rob, who is learning the wrestling game in Toronto from Ron Hutchison and Rod Boudreau at Sully’s Gym.

Tiger knows the potential is there, and believes his approaching stardom can only help his brother.

“It’s going to be fabulous for him. There’s so many offers coming in now saying, sh*t, Tiger Ali Singh, overnight, has, Bam!, changed the outlook on wrestling. Changing the response where yesterday, what was he? He wasn’t even considered to be on TV. Well, take a look at RAW is WAR this Monday Night. Tiger Ali Singh is right before the main event.”