Kazarian back home in Impact 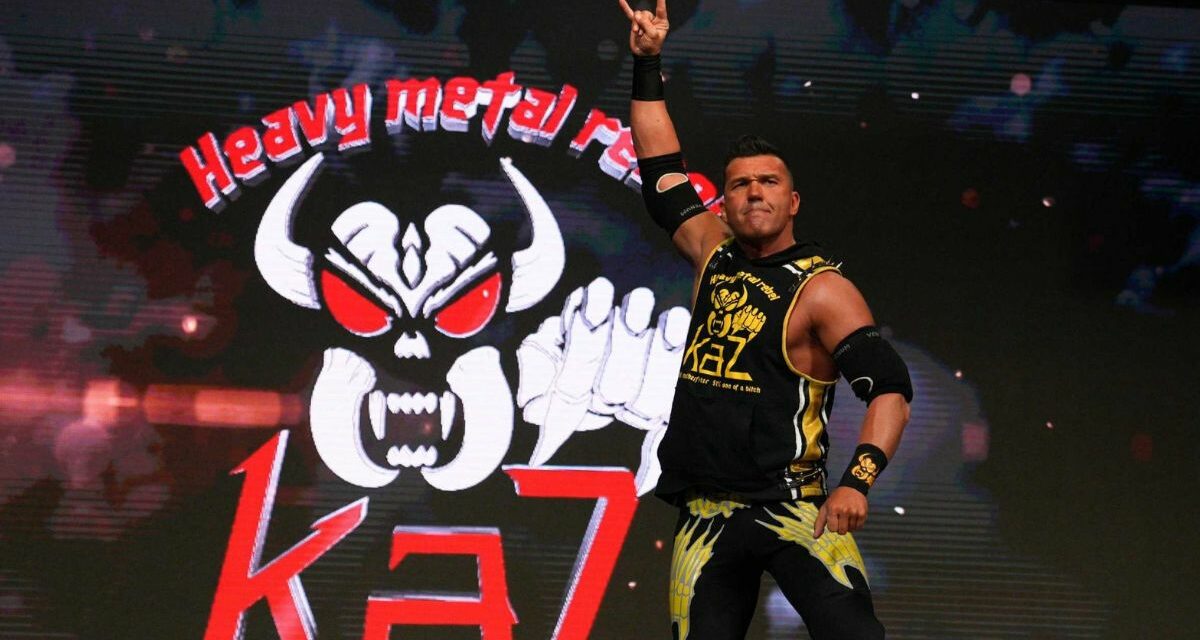 This is a man with a deep history with the company, from TNA right up until today. He was in the first ever Ultimate X match, has been a multiple time champion with the  X Division title and the tag titles. He was in the memorable Fortune faction with Ric Flair. He was there as TNA hopscotched across the proverbial dial, from SportsNet to Spike TV.

And now, walking away from an AEW deal, he’s back in Impact.

Kazarian told host Tom Hannifan and the assembled international media on the Zoom call that he had two years left on his AEW contract. When the call was made to him to discuss rolling the deal over, he started considering his options. It’s not that Kazarian wasn’t used in AEW, because he was, but not as much as he would have liked.

“I’m not a guy that’s wired to sit on the sidelines,” said Kazarian. “This is my window … I can still go against the best in the game.”

He had a bit of a feeler in 2021 and 2022, with brief AEW-approved appearances in Impact, a chance to get to know the new management and see the possibilities. Kazarian recalled thinking, “This is so good, I don’t known if I want to leave.”

Now, the Impact World title is definitely on his To Do List for 2023.

Aside from challenging World champ Josh Alexander, Kazarian sees so many great matchups in Impact.

At one point during the call, he started listing names, like Trey Miguel, Joe Hendry, and fellow Ring of Honor veterans Moose and Eddie Edwards (neither of whom he has ever faced in a singles bout). But they he went all in: “Anybody on the roster right now, I want to be in the ring with them.” Others, like Chris Sabin and Alex Shelley, he has a deep, rich history with.

Overall, it wasn’t subtle. Kazarian, who is 45 years old, has much still to prove.

“I still have a lot of goals inside the wrestling ring,” he said, from the family glory room, with belts and photos on the wall. He wants to “lead the team down the field to win the Super Bowl.”

The call could be characterized as half future, half past, as media were instructed not to talk about AEW.

“When you write the book on Frankie Kazarian, you’ve got to play the clips that happened in Impact and you hear Don West and Mike Tenay doing play by play and color on my matches,” reminisced Kazarian. 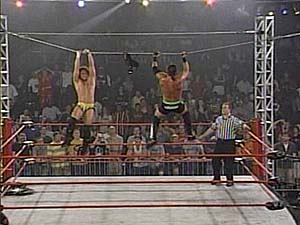 Chris Sabin and Frankie Kazarian in an Ultimate X match.

It was hardly the only time he looked back.

The Fortune/Fourtune faction was brought up, from 2010. That consisted of Ric Flair, A.J. Styles, James Storm, Kazarian and Robert Roode initially. “I was just trying to find an identity,” Kazarian said of the time. “It was so much fun and I think it raised my stock a lot.” And being with “The Nature Boy”? “That’s called getting the rub.” The way Kazarian sees it, Fortune made him more than an X Division guy. “I wish we could have run with that a little bit longer, but those decisions weren’t up to me.”

He wasn’t able to picture a new Fortune faction quite yet. “I’m still pretty new to this locker room.”

With 25 years under his belt — “Experience is the one thing you can’t teach,” he noted — Kazarian is happy to help mentor the youngsters who once saw him hanging from the Ultimate X structure.

He didn’t rule out one day becoming an agent, producer, trainer or something else adjunct to the wrestling itself down the road, which was a change of mindset, he admitted.

“You guys are stuck with me,” he joked.

On an Impact call, it’s not surprising that Impact went over big time, but Kazarian was sincere.

“Impact has never failed to deliver when it comes to in-ring,” he said. “This product is firing on all cylinders right now, otherwise I wouldn’t be here.”