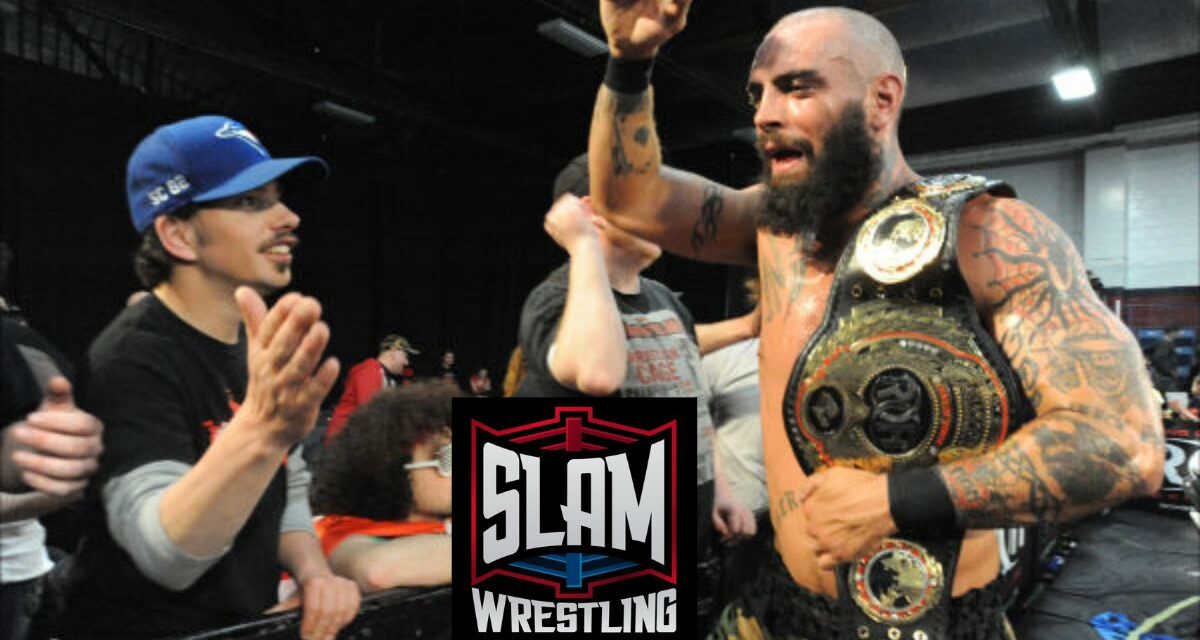 The death of Jay Briscoe (Jamin Pugh) in a car accident on January 17, 2023, had the world of professional wrestling reeling, in a very real way compared to all the corporate machinations of the last few weeks.

News broke of his death in Laurel, Delaware, in the early evening.

Reaction from the wrestling world was immediate — including a mention live on NXT by Vic Joseph and Booker T.

Adam Pearce (Facebook) –  One time in New York City, I was at a bar with the Briscoes and Nigel. I might’ve had a few too many. Nigel asked if I ever had a Flaming Sambuca. I told him to line it up. Being an idiot, I didn’t blow it out before I shot it. I didn’t realize it until Jay started beating the crap out of me with a bar towel. “What the f—-, Jay!?” “Ya got-damn arm is on fire!!” We all laughed our asses off and ordered another round. I don’t know what to say. You were awesome to me in every way, and we all love you. My heart breaks for your family, friends, co-workers, fans, and for Mark. Godspeed, Jay Briscoe. The next round is on me, my brother. 🙏❤️

Brian “Blue Meanie” Heffron (Facebook) –  Devasting!! I’ve known Jay since he was 15 years old. Him and Mark are total sweethearts. Rest In Peace Jay Briscoe!! My heart goes out to his family…..so sad…..

Todd Smith (Facebook) – Gutted, I don’t have the words. I love you Jay, my heart is with your entire family.

I’ve been in tears since I heard the news. I just don’t have the words. Rest in Peace Jay.

Bob Evans (Facebook) –  Jay Briscoe was one of a kind. So is his brother. Known them both since they were teenagers. He was kind, tough, and real. I loved seeing him. He never forgot us old guys. Praying hard for his family. This sucks.

RIP to the homie Jay Briscoe. Condolences to the your family. Rest in paradise uso.🙏@SussexCoChicken #DemBoyz

Kyle Davis, NWA announcer (Facebook) – Jay Briscoe was one of a kind….I said the wrong thing one night in a hotel room and he went blank and looked like he was about to attack, I put my hands up and averted eye contact and walked backward like he was a bear I startled….Next morning he came up to me and said “hey man, I’m so sorry, I had a drink in me and I hope you don’t hold that against me, I really like you and I’m sorry.” That was the guy he was, he lived life to its fullest and was the kindest person when the moment called for it and also one of the most badass human beings to ever walk the earth. He loved his family, and they loved him….right now all I can say is Jay you will be missed, and my prayers go out to every member of the Briscoe Family in this time of loss.

Jay Briscoe was one of the toughest men I ever had the privilege of sharing a ring with, as well as being a tremendous brother, father, and man. I’m so happy to have had the opportunity to know him and wrestle him as often as I did. Rest in Peace, Jay, I love you.#RIPJayBriscoe pic.twitter.com/6ZxNfgPcmw

Joe Galli, NWA announcer – Absolutely heartbreaking to hear about the passing of Jay Briscoe. He will forever be one of the best ever. Multiple time tag champ, Crockett Cup winner and genuinely great person. Prayers for his family, friends and fans. Gone way too soon.

IMPACT is deeply saddened to learn of the passing of Jay Briscoe. Jay will always be remembered as a trailblazer who, with his brother Mark, left it in the ring every night. We send our sincere condolences to his family, who he loved beyond words, as well as his friends and fans. pic.twitter.com/Xtpcv9wgHy

NWA Facebook page – The entire NWA sends our prayers to the friends, family and fans of Jay Briscoe. An amazingly talented man that we all are honored to have worked with.

I am shocked & devastated to hear of the passing of Jay Briscoe. I can’t believe it. I’ve known him & Mark since the beginning of ROH. My heart goes out to his entire family. A son, a brother, a father, & a friend to so many. There are no words. Rest in Paradise. 🙏🏼🦅♥️ pic.twitter.com/GvUgyG5SDR

I cannot even begin to process this right now. I loved everything about my friend Jay Briscoe. His passion. His drive. His presence. Our wars in the ring. Most importantly, how much he loved his family. I am literally sick to my stomach… pic.twitter.com/XNK5ZHlqxu

Luke Hawx – Briscoes were the best tag team in the world, hands down, it wasn’t a question!

I’ll never understand why we lose such good men too soon.

I've known Jay Briscoe since he was a fan
Watched him become an amazing wrestler, best tag team & realest promo guy
I was going to text him yesterday about the cost of eggs and I didnt
I wish I did
Whenever I saw them I'd say
Luv me some Briscoes
Prayers for his family pic.twitter.com/aTaQRTjilX

Cassidy Riley (formerly of TNA/Impact) – Way to soon! My heart breaks for his kids and Mark

Just like everyone else, I'm heartbroken to learn of Jay Briscoe's passing. I've always enjoyed sharing a locker room with he & his brother Mark. Incredibly kind & respectful. Sending all my love to Mark & their family.🙏 #ripjaybriscoe pic.twitter.com/s8jbcDh0AO

Brian Gorie (Facebook) – We truly lost one of the good ones tonight. As a man, it was really important to me when I started full time in Ring Of Honor Wrestling that I earned Jay Briscoe’s respect above anyone else. Like the Undertaker in WWE, you were playing in his yard at ROH. I earned that respect and made a life long friend in the process. We lost that incredible human being this evening. A beautiful family man is gone and my heart aches for Ashley, his three children, Mark, Papa, Mama and the rest. This is the best pic I could find of us, which makes me sad. Take more pics with your friends. Cheers to one of the best to ever do it. It was a pleasure having you in my life. I love you, Jamin Pugh.

Jay Briscoe showed me respect and love when everyone told me he wouldn't. If you knew Jay, you knew he would uplift everyone in that locker room regardless of whatever world they came to wrestling from. The best. Rest easy, brother.

One of the first faces to greet me & make me feel welcomed on my first day of ROH was Jay Briscoe.
My heart hurts for his brother, his wife, his children and all those who loved him ♥️ I am thankful I was able to know you Jay… If only briefly.