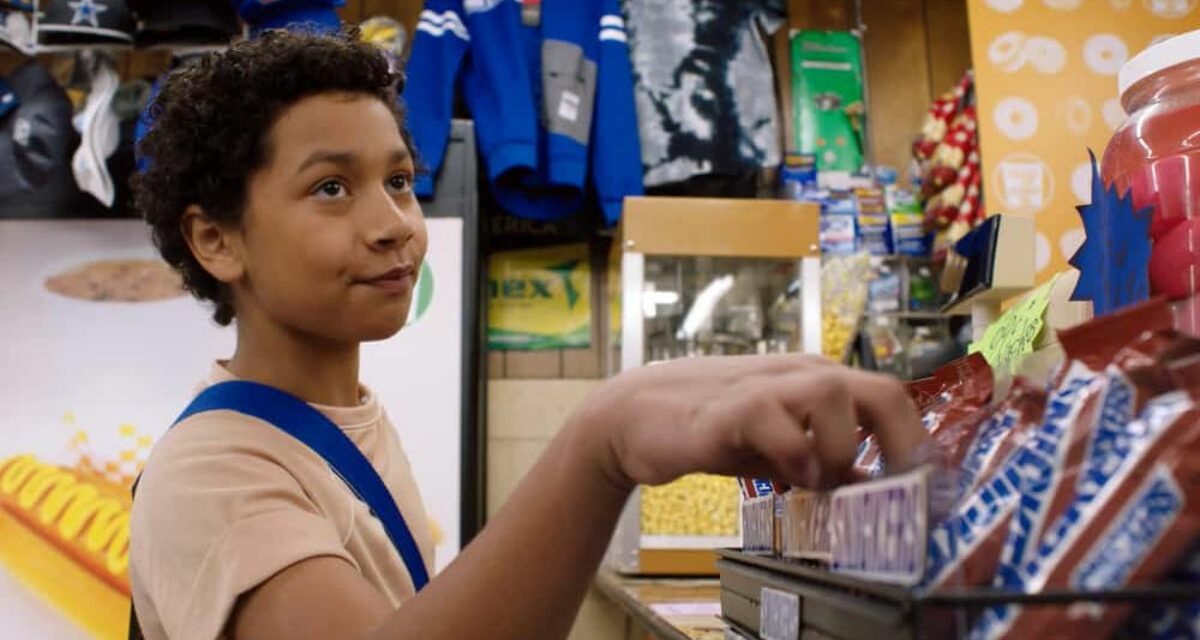 This week in the world of Young Rock features some amazing revisionist history. I really like the show and if I did not have knowledge of wrestling history I wouldn’t be shaking my head after watching for 30 minutes. Let’s go to the recap!

The Rock is restless and walks down the stairs of the Prime Minister’s mansion of some country he has been sent to in order to broker a deal for coffee. This is where he begins telling her, the Prime Minister, a story that takes place in Hawaii in 1985, the age of Rock ’n’ Wrestling. Rock’s mom and dad, Ata and Rocky Johnson, have decided to run a promotion opposite Rock’s grandmother Lia Maivia. Enter World Pacific Wrestling.

I have read Rocky Johnson’s book and read a lot about Hawaii wrestling and this piece of storytelling seems like pure fiction.

A nice detail is the fact that Rock or Dwayne has his lunch packed in a 1985 WWF Hulk Hogan paper bag. Pretty sweet. Dwayne learns that he must enter into an afterschool program for kids whose parents work late. This activity will affect the Rock for years to come. Rocky and Ata put together a roster of wrestlers that includes Bad News Allen, Sika and Jake Roberts. Dwayne works for his grandmother after school but she fires him because of his conflict of interest.

The next day we meet up with Dwayne at the after school program where some of the kids ask him if he wants to go to 7-11. The kids shoplift with the help of a distraction from Dwayne. This moment sends Dwayne down the path of shoplifting that follows him throughout his teen years.

Ata and Rocky Johnson have a great first show. A few hundred attend the matches at a small building. Bruno Lauer meets the Johnsons after the show to tell them that the NWA Crockett wrestlers working for Ata have left her. It seems that Lars Anderson, Lia’s booker, wanted Ric Flair to drop the world championship to one of his wrestlers. Jim Crockett Jr. refused and Anderson poured beer on him. Bruno sets up a meeting between Crockett and the Johnson family.

Ric Flair, Dusty Rhodes, Sting and Jim Crockett Jr. agree to wrestle using the same contract they have with Lia. The actor who portrayed Sting looks like Sting in his 1980s meathead glory, not yet the Stinger. They then draw a sellout at the university arena but Lia drops by. She informs them that the Crockett wrestlers contract stipulated that they would only wrestle twice in Hawaii. Well Ata and Rocky’s show was the second one. The Johnsons already made an agreement to rent out the arena two more times. This results in the Johnsons having to move to a small studio apartment and Dwayne must move in with his grandmother. On the way to Lia’s, Dwayne pulls the old distraction trick at 7-11 and scores a big chocolate bar. Hard times for the Johnson family, hard times.

Older Rock wraps up the story with the Prime Minister and she reveals that she is willing to listen to his coffee proposal. In return the Rock must smell what she is cooking or at least listen. I can’t believe there were no pie references at the end of the show.

Overall a fun show. I do get frustrated that this show seems to rewrite wrestling history and seems to put every big name wrestler at the Rock’s feet all the time. I know this is just a fun show but people will think this is the real story of the Rock alas, it is not.