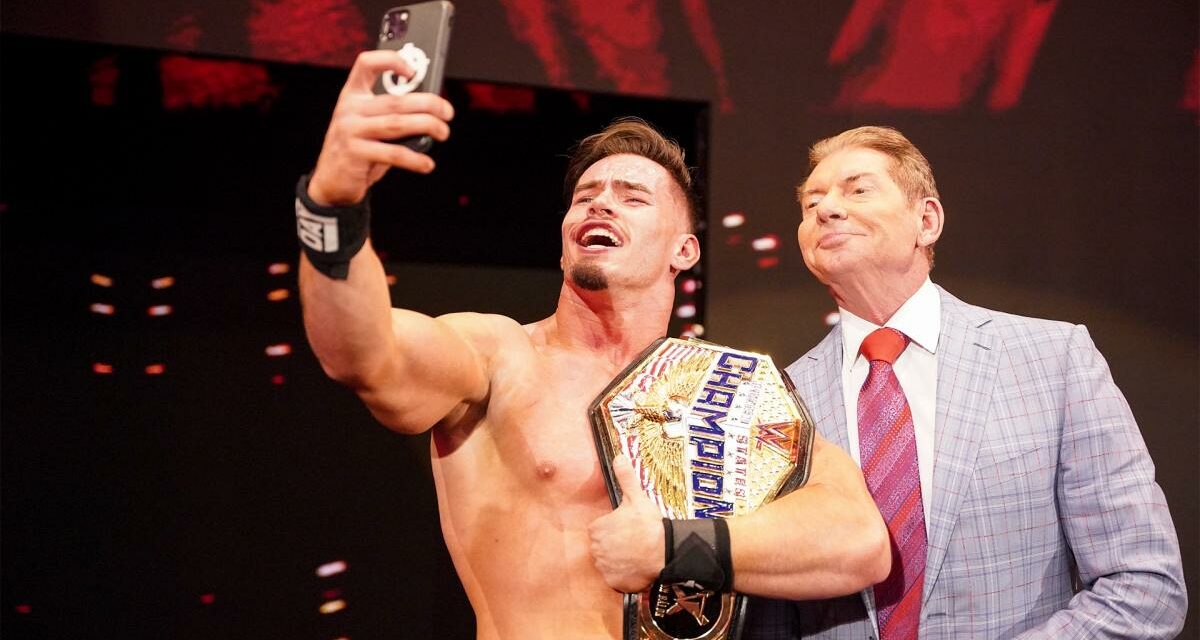 You aren’t really surprised are you?

A mere five or so months after disgraced former WWE CEO Vince McMahon left the WWE, he is back on the board of directors.

McMahon isn’t alone. He brought some friends along with him: former WWE co-presidents and board members Michelle Wilson and George Barrios. The consequence of that is JoEllen Lyons Dillon, Jeffrey R. Speed and Alan M. Wexler had to exit the board.

McMahon is seemingly not being welcomed back by some. What the WWE buried in their press release but what could be a crucial part of today’s story is that board members Ignace Lahoud and Man Jit Singh resigned.

Ignace was CEO at MRC and the EVP, CEO of Disney Consumer Products and Interactive Media at The Walt Disney Company. He now works at Majid Al Futtaim Holding.

Neither are small fish in small ponds and don’t make career moves without careful consideration. Neither has publicly stated though why they left the board and WWE.

Jit Singh was one of the board members who lobbied for an investigation of McMahon’s conduct as did Jeffrey R. Speed.

What also hasn’t been underlined in the media coverage is that McMahon’s first official act was to alter some of the WWE’s bylaws, such as the company cannot be sold without his consent.

That’s not exactly a chummy or amicable move on McMahon’s part.

That is: “I am not going anywhere again, ever. Don’t even think about getting rid of me.”

That would certainly correspond with reports that McMahon feels that his departure last year was based on bad advice and that if he could do it all over again he would have rode the wave of anger, disappointment out until the story faded away as stories most often do for good or for bad.

McMahon claims in his public statements that he is back to facilitate the sale of WWE. One has to wonder though how McMahon’s presence, a person who used company money to pay off those he had affairs with and has been accused multiple times of sexual assault — among other alleged transgressions — will make the WWE attractive to buyers or would be a person prospective buyers would be interested in negotiating with? Could it be that McMahon knows that as long as he is the company figurehead that a sale might not be in the cards? That the sale is just a ruse for him to maintain a foothold in the company and to eventually return to doing what he loves more than life itself and that is running the WWE, including the booking?

What is even more curious, although understandable, is co-CEO Stephanie McMahon’s public statement about her father’s return.

“We also welcome back Michelle Wilson and George Barrios to our Board of Directors. Together, we look forward to exploring all strategic alternatives to maximize shareholder value,” she said.

That is Stephanie talking. The woman who was named the world’s most influential female CMO in 2020 by Forbes. The woman who was named a Stuart Scott ENSPIRE Award Honoree at the 2017 ESPN Humanitarian Awards for being “someone who has taken risks and used an innovative approach toward helping the disadvantaged.” A woman who Adweek has included her in its list of the Most Powerful Women in Sports for five years running and previously chose her as a 2019 Brand Genius honoree.

Stephanie has made her name, her career, on a platform of raising women up in and outside of the business world and WWE.

A reminder, Vince McMahon definitely used company money as “hush money” to keep those he had affairs with silent and has been accused but never convicted of sexually assaulting multiple women.

Vince McMahon has also claimed in his return statements that: “WWE has an exceptional management team in place, and I do not intend for my return to have any impact on their roles, duties, or responsibilities.” He said he has no interest in taking over as booker or WWE’s head honcho again.

This is the same person who said on July 22, 2022: “As I approach 77 years old, I feel it’s time for me to retire as Chairman and CEO of WWE. Throughout the years, it’s been a privilege to help WWE bring you joy, inspire you, thrill you, surprise you, and always entertain you. Our global audience can take comfort in knowing WWE will continue to entertain you with the same fervor, dedication, and passion as always. I am extremely confident in the continued success of WWE, and I leave our company in the capable hands of an extraordinary group of Superstars, employees, and executives – in particular, both Chairwoman and Co-CEO Stephanie McMahon and Co-CEO Nick Khan. As the majority shareholder, I will continue to support WWE in any way I can.”

Just as I was sure McMahon would eventually weasel his way back in the company, I have no doubt that he will weasel his way back to at least have some influence over the booking, hiring and firing in the WWE. It is what makes the man tick. It is what drives him. I cannot see him relinquishing control of that, ever. The last six months was just a vacation for Vinnie Mac as he plotted his return, which probably began July 23, 2022. And in that time Triple H has managed to increase the average Raw ratings by 2.3% and the Smackdown ratings have declined 2.4%.

All in all, McMahon’s return for me is yet another misstep by the WWE as a whole but in a broader perspective points to what is so wrong about the business world as a whole. A man who at the very least used company money to keep his affairs under the covers and behind closed doors, and at worst has been accused of sexual assault multiple times, has returned to a high-profile position after what seems like a five-month vacation.