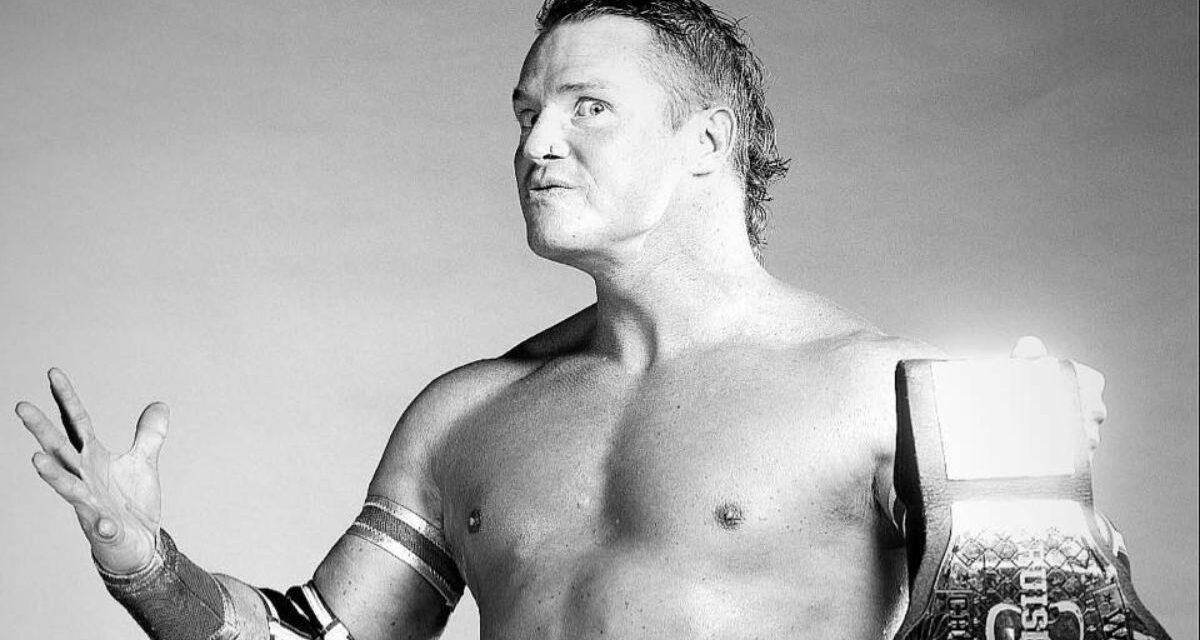 Jaysin Strife, a long-time wrestler, promoter and trainer, based in Council Bluffs, Iowa, has died after a very public illness. He was 37.

Much of his social media feeds from the last year has involved trips to the hospital. On December 8, 2022, it was announced that he had entered hospice care. He died on December 29.

Put this on FB a couple weeks ago. 2022 has actively been trying to kill me. Already had an emergency stent graft done. Spent 32 days in the hospital. Have been back here for 6 days and just had a bone marrow biopsy. Down 60 pounds since February. Still sexy lol. #wtad #fighter pic.twitter.com/CVNzOSHbs6

Strife was born Nathan Blogett on August 14, 1985, in Council Bluffs, Iowa. He went to Abraham Lincoln High School in the same city, and then Iowa Western Community College and Bellevue University, where he studied business. His live wrestling experiences as a youth came at WWF shows in Lincoln and Omaha, Nebraska.

The 5-foot-8, 167-pound Strife trained under Hype Gotti and Jayden Draigo, at the Omaha Wrestling Association (which closed not long after) and debuted in late 2003. Through the years, he used the names Strife, Steve Snyder and Yellow Dog. He made appearances in bigger companies. In 2014, he was a soldier on an episode of WWE Raw; he appeared on AEW Dark in November 2021; he was The Yellow Dog in CHIKARA. “The Yellow Dog is a happy-go-lucky dude that likes to go out there and have fun. Most people underestimate him,” Strife once said. For a time, he was a part of a popular masked tag team known as the Minnesota Wrecking Zoo.

On Facebook, he summed up it with a simple line: “I’m a pro wrestler and just a regular dude. I enjoy my life because I get paid to do what I love.” 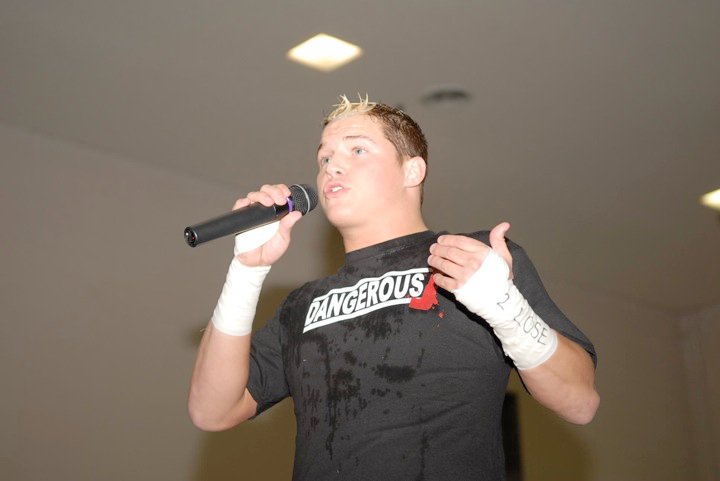 “Dangerous J” Jaysin Strife was a well-traveled entity, especially in his early years. In a Wrestleville podcast from January 17, 2022, he told host Vinny Berry, “There are no places I won’t go.” That included time California for Epic Pro, So Cal Pro, AWF, and Championship Wrestling From Hollywood.

He explained to Wrestleville that anyone from his part of the United States had to travel to be seen. “I don’t want to sound cocky or arrogant, but I’ve been at this a little while, and I am very, very good. I’m just in this black hole of wrestling in this area. There’s a lot of guys around here that are fantastic and we just kind of get overlooked. If you don’t come from Seth Rollins’ school out of Davenport, then not a whole lot of people are giving you the time of day out here, and it’s a shame, because we have a lot of great talent.”

Strife was the owner-operator of the Magnum Wrestling promotion, which has had monthly shows for over 11 years. “I started Magnum Pro to get guys the work that they should be getting, to get them to work. I’ve always been the person that has given people opportunities and things like that,” Strife told Wrestleville. “I run entertaining events for people that are just looking to have fun. We just happen to put on really good wrestling shows at the same time, so we get wrestling fans that come.”

In a December 2021 article with a Nebraskan publication, Strife talked about giving back to charity being a big part of the company. “Omaha has allowed us to grow at the rate we’ve grown. They’ve let us grow, and I’m proud of how much we’ve been able to give back,” Strife said. “Since 2014, we’ve probably given back $20,000 or more to the area. I’d like to stay on track doing that.” 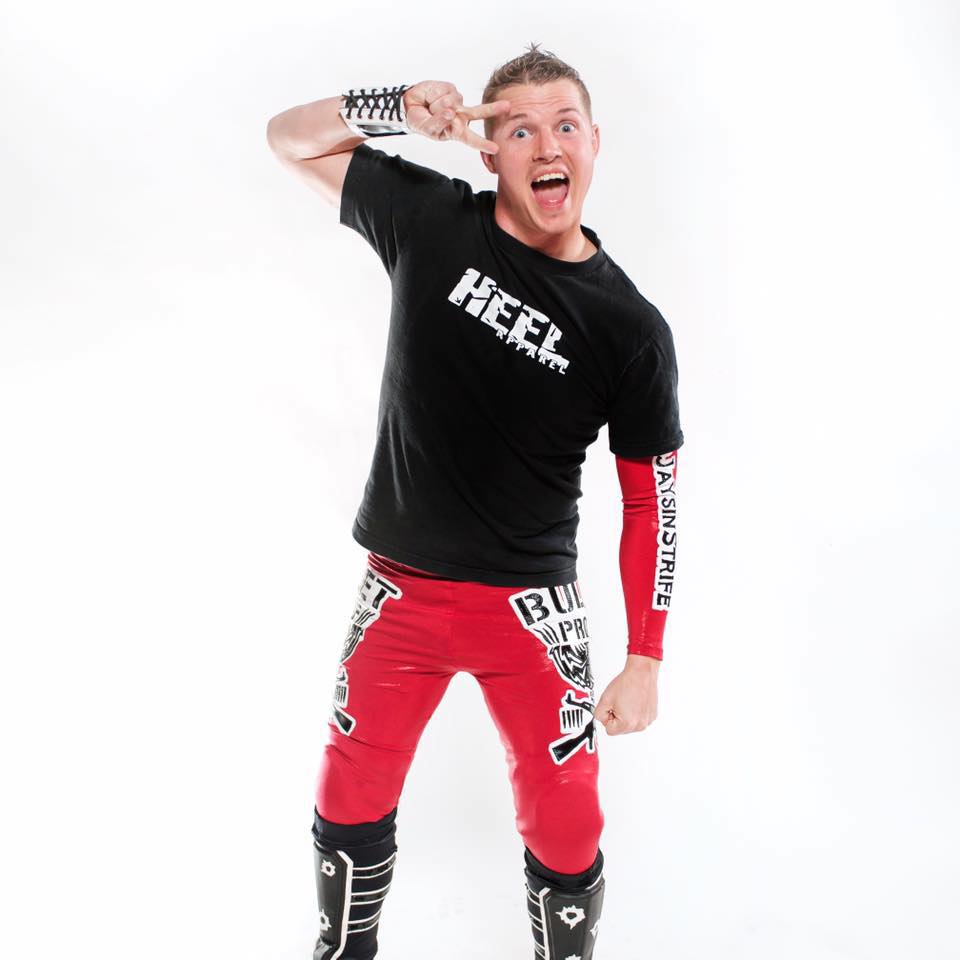 He tried to assess his career to Berry. “I’m not bitter at wrestling. I love wrestling. There’s a thing about it that drives me insane. But anybody who’s a professional wrestler will tell you that. Wrestling’s been good to me. I’ve got a paid-off house, I’ve got paid-off cars. I’m not complaining by any means at where I’m at or what I’m doing. But do I want more? Absolutely.”

But he was a “realist” too. “I’ve obviously been at this 17 years, and I’ve only gotten a crack at doing anything with WWE less than a handful of times. I always tell guys to have a backup plan before they come in. Don’t think that you’re going to make it. Because you can go all in, and thinking you’re going to make it, which is a great attitude and a great way to look at it and go about it, but the chances of you doing it are so slim. There’s too many guys out there that will give their entire life to professional wrestling, and they just end up broken and beaten down and bitter — hell, I’m one of them half the time. But you’ve got to keep finding the love for it and keep going. … I love pro wrestling.”

In 2021, Strife made Pro Wrestling Illustrated‘s PWI 500, at 484. He told Wrestleville that was his first appearance on the list, as he had never campaigned to make it, and wanted to earn it based on merit.

With Strife so publicly sharing his end-of-life battle, colleagues were able to share their thoughts on him ahead of the end, including “Eugene” Nick Dinsmore, who posted on December 10:

I met Jaysin Strife in 2015 when I moved to #siouxfalls, #southdakota. He was the closest professional wrestling promoter to me so I reached out to him hoping to get booked. He was kind enough to book Eugene in Omaha. I liked him and we hit it off right away. I was impressed with his wrestling company, his wrestling event, and his wrestling locker room that he had built at Magnum Wrestling. I noticed right away that #jaysinstrife “Gets It” in the pro wrestling business. He’s an incredible in-ring talent and an impressive pro wrestling promoter.
I booked him and most of his locker room when I ran my very first professional wrestling event in Sioux Falls, SD on Nov. 7, 2015. I knew that the very first match was extremely important in my very first professional wrestling event and I put Jaysin Strife in that spot. I remember that he came up curious why I had put him on first. I told him that the first match was the most important match of the night. I needed that match to set the tone of the night as well as setting the tone of the company. I needed him on first because he was the best talent in my locker room and as always, Jaysin Strife delivered. The opening match on the very first professional wrestling event that I ran in Sioux Falls featuring Jaysin Strife was a huge success. Thank you Strife.
The very first big angle that I wanted to run at #MidwestAllPro #Wrestling was between The Charismatic Canine Yellow Dog and Money Made Julian Richards. I had a crazy idea for a 6 month pro wrestling angle that had #Yellowdog lose a match to “Money Made” to become a service dog for 90 days. This led to the now famous 5 star classic “Loser Eats A Can Of Dog Food” Main Event Match between Yellowdog and Money Made. The fans loved it and so did I. I’m extremely proud of that angle and those times. We all had fun working together creating great memories. Thank you Strife.
I don’t think I could have started a professional wrestling company in Sioux Falls without Jaysin Strife. He is incredibly generous and sincere. I’ve never seen him without a smile on his face and the memories that I have of him will always bring a smile to mine. I’m glad that I was fortune enough to have met and worked with Jaysin Strife and I’m happy to call Jaysin Strife a friend. I love ya brother.

I paid 600$ to start my professional wrestling journey…Under the mentorship of a family friend, Jaysin Strife I began to train. I could not afford the 1500$ tuition but Nate made me work for the rest. I took to the basics very quickly but I needed work. Every place I have ever had anything to do that wrestling related, Nate was next to me. Every road trip with the expectation of very few. Nate was there. When I needed to move away from home. Nate was there. When I moved BACK and was on the verge of living in my car. Nate took me into his home for a little over 2 years to help me stabilize financially. Nate and his family had me over for Christmas and thanksgivings and parties and treated me like I was family. They still do. This dude has given his life to his craft. This dude has opened his home for others to learn theirs. He has gone all over world to make a name for himself. Of all the reputations he’s consumed. Names he has made or memories he has given. He will always be my brother. And I think you all should know just a little taste of why I am structured the way I am today. It’s because I had a good role model and a good brother. That’s what this Industry is about at its core. And I suggest a few people take the time to give thanks to those giving the same opportunities and lifelines.

When I first got into Pro Wrestling in 2005. I was just a shy kid from a small town trying to follow a dream I had since I was 7 or so. What I didn’t expect in that journey was to make bonds and connections with people. People who I will and do consider my family. Nate Blodgett / Jaysin Strife was one of those people. One of the people who would be around me wither it dealt with wrestling training or just some guys out having fun. On the road, in a sports bar, in a basement, or at a venue, we got to tell our stories, talk some trash, and make so many jokes we almost threw up from laughing so hard. Well, it sucks knowing he is in a battle for his life since stating he has been put on hospice today at the age of 37. It hurts my brain and my heart is heavy but never count out Strife. Please keep some thoughts and prayers open for guy. Love ya brother

Strife’s brother, Jason Blodgett, started a GoFundMe page to help the family with expenses, but it was also a place to share updates on Nate in hospice care. His post from December 27 noted how blessed the family was to have Nate around through Christmas. “THAT was the best gift any of us could have received,” he wrote. “We all thank you for your continued support, not just contribution wise, but all the messages, texts, visits or care packaged he received. I’m not ready to say good bye… no one ever really is.”

Jason also was the one who shared the news of his brother’s death:

Strife was not married and had no children. His Facebook bio line was simple: “Just a dude and his dog.” He is survived by his parents and brother Jason Blodgett.