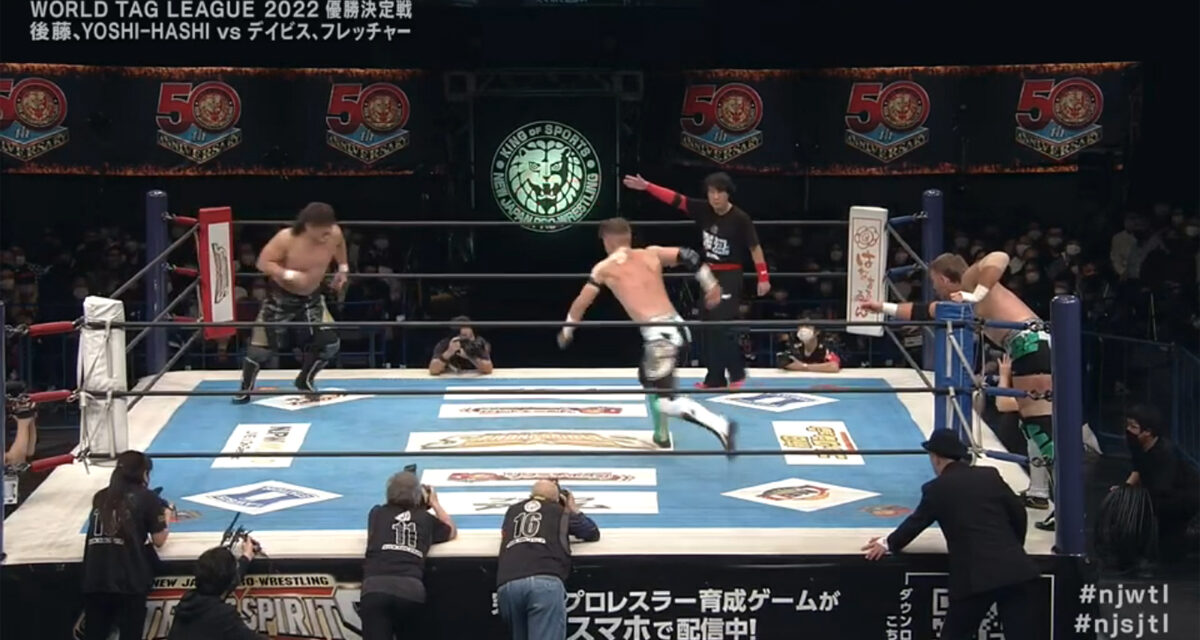 Many of the questions surrounding this year’s Wrestle Kingdom were answered at the World Tag and Super Junior Tag League finals today.

The newly-formed but incredible team of Yoh and Lio Rush defeated The Bullet Club team of Chris Bey and Ace Austin to secure their place at Wrestle Kingdom. They will face the IWGP Junior Heavyweight Tag Team Champions, the United Empire team of TJP and Francesco Akira, at the big event. Rush hit Austin with a frog splash from the top rope and then Yoh put him away with his Direct Drive. Good to see the very talented Rush getting the chance to show his stuff at Wrestle Kingdom. 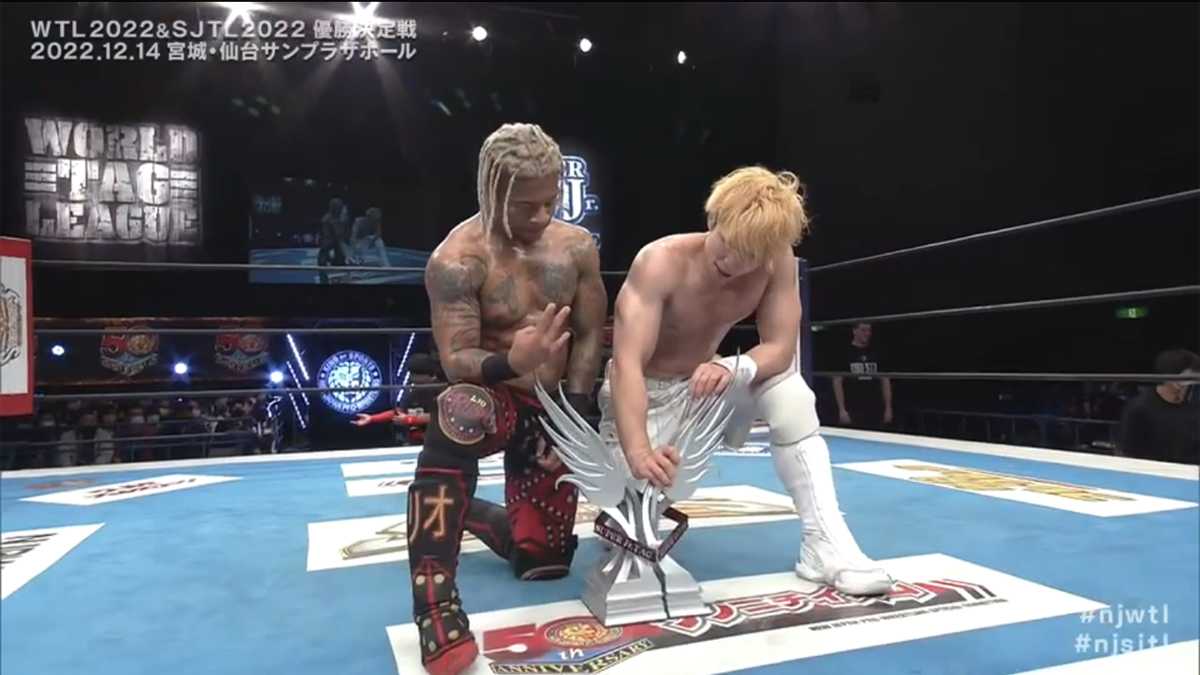 Yoh and Rush are heading to Wrestle Kingdom. Courtesy: NJPW. 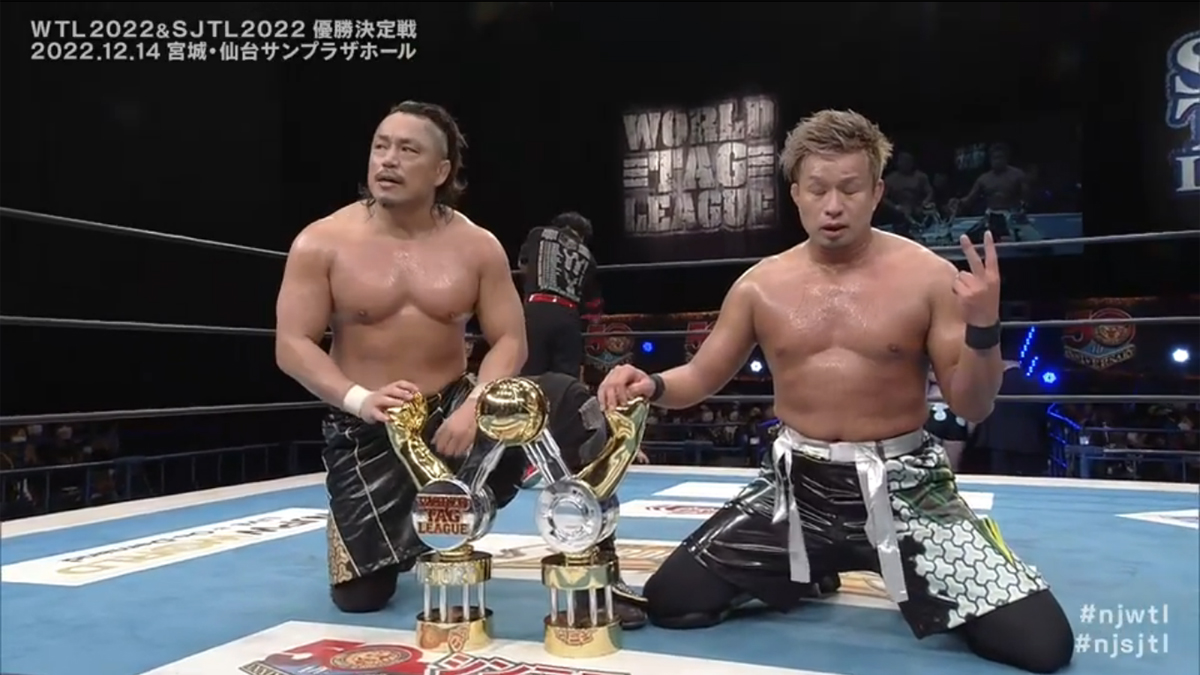 The NEVER Openweight Championship picture also became clearer when champion Karl Anderson put up the title against Hikuleo. Anderson, who is now a member of the WWE Raw roster, has been the subject of controversy after refusing to travel to Japan to defend the title previously as he was a part of WWE’s Crown Jewel event.

Anderson is wearing a Hollywood for Life shirt. Hikuleo tosses Anderson around like a rag doll. Anderson flees into the crowd. Hikuleo slams Anderson throat-first on the ringside barricade. Anderson flees into the crowd once against and Hikuleo is in hot pursuit. Hikuleo chokes him and throws him into the ringside barricade. Anderson focuses on Hikuleo’s knee. Hikeleo goes for his chokeslam. Gedo interferes. Jado pushes him into the ring and right into Hikuleo’s hands. Hikuleo chokeslams Gedo into Anderson. Hikuleo attempts another chokeslam. Anderson Gun Stuns him for the victory.

“I didn’t come all the way to Japan to drop the title,” says Anderson after the match.

Tama Tonga comes out and walks right up to Anderson.

“Is that what you want?” asks Anderson as the two get into a slugfest. Anderson Gun Stuns Tonga.

“Tama Tonga I will see you at Wrestle Kingdom, bitch!” declares Anderson.

After Suzuki-gun’s match with The House of Torture, Minoru Suzuki made a special and shocking announcement. Suzuki praised each Suzuki-gun member for their accomplishments. 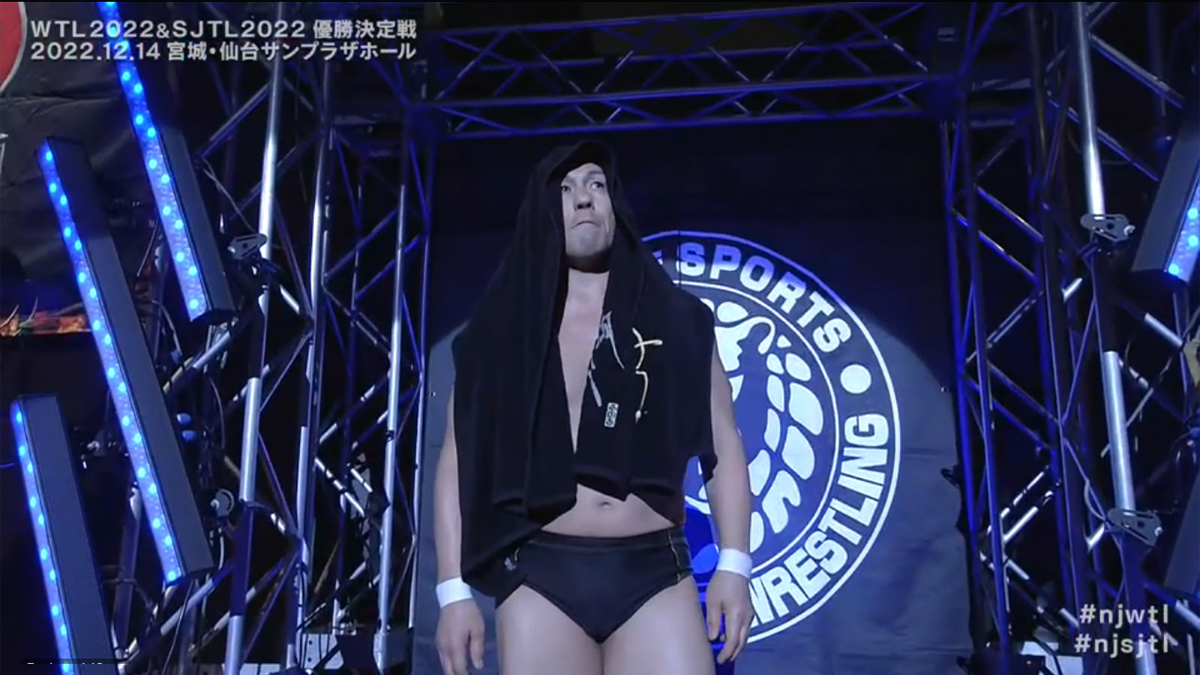 An emotional Suzuki after his shocking announcement. Courtesy: NJPW.

“We will each go on our own individual journeys and at the end of this year Suzuki-gun will be no more,” he said waving a Suzuki-gun banner from an audience member.

Suzuki-gun was formed way back in 2011 and in that time has been one of the most successful and dominant factions in NJPW.

The match ends with shenanigans. Togo tries to choke out Suzuki. Suzuki fights back and piledrives Togo.

Naito pins Connors with a spike DDT and a Destino. 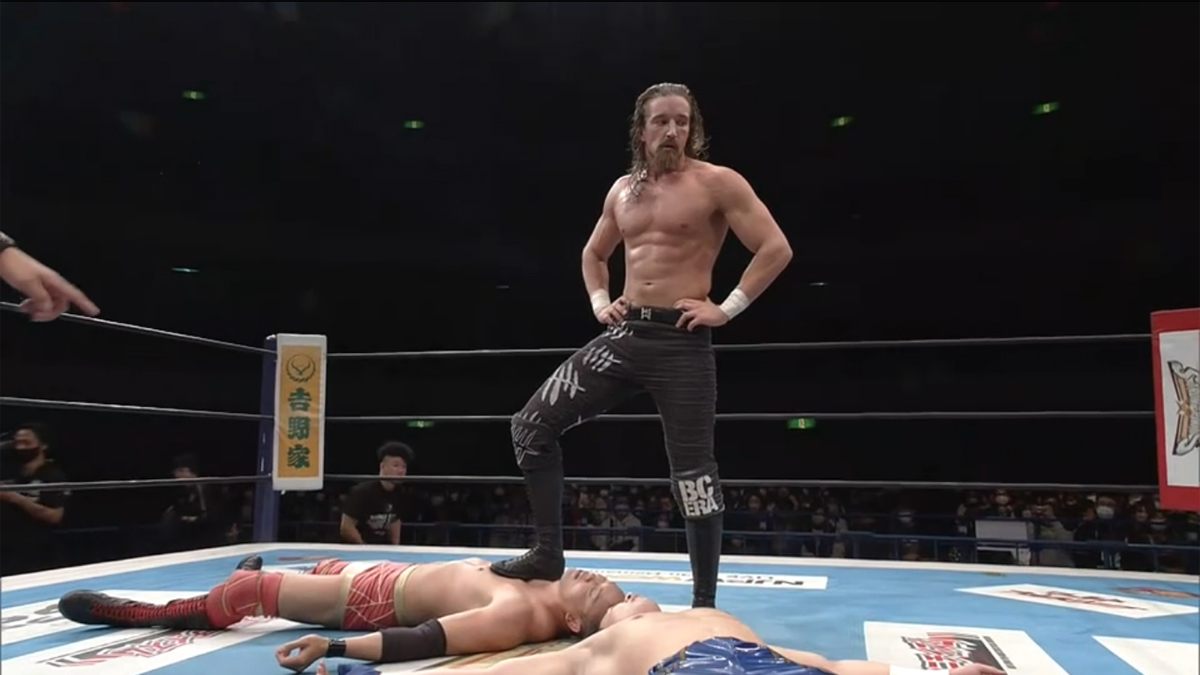 White hits the Blade Runner on Okada. He pulls Gedo and places him on a KO’d Wato. Gedo pins Wato as White stands on Okada’s chest. 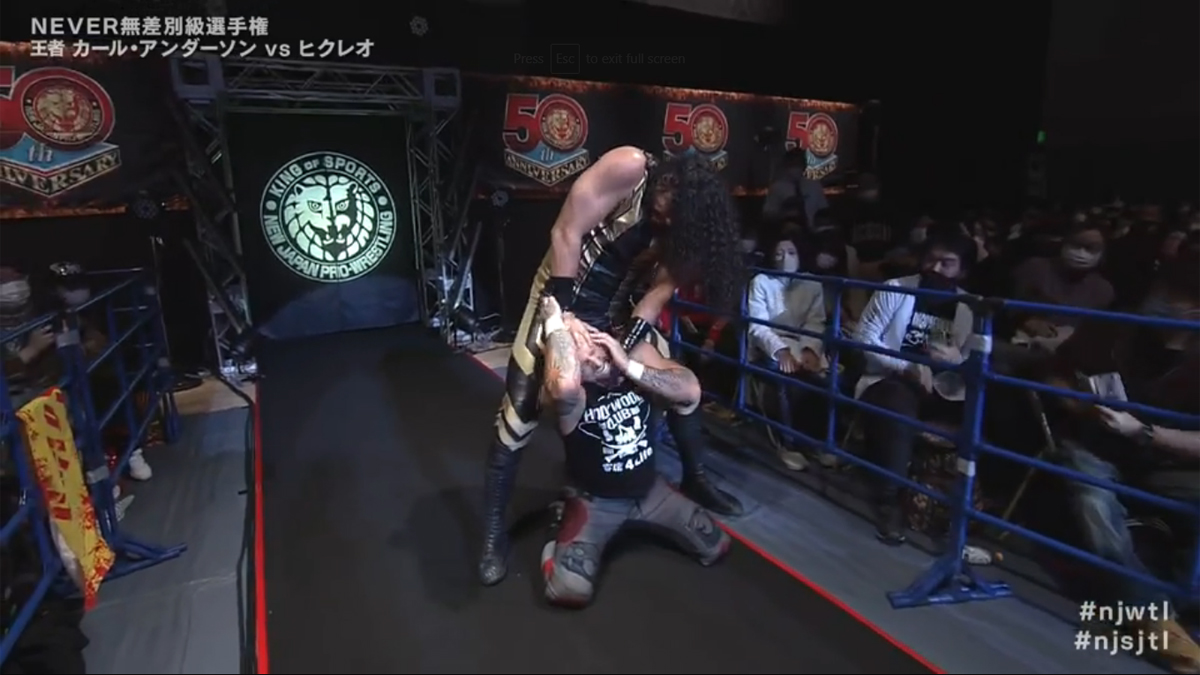